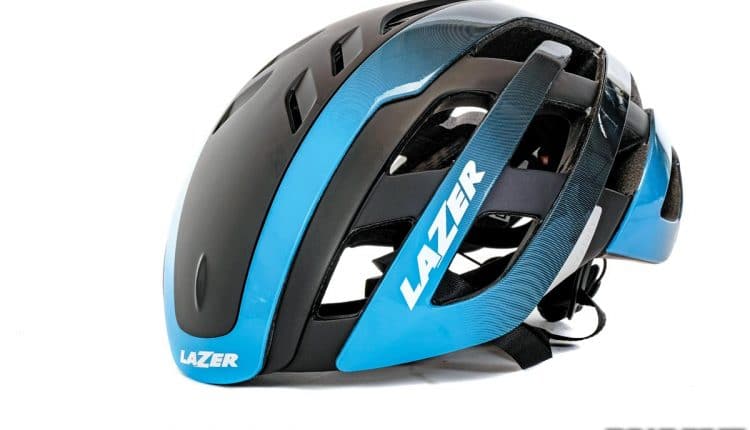 Lazer’s reputation has been built on a legacy of producing protective gear for a variety of extreme athletic pursuits including, of course, cycling. The Belgian brand is currently sponsoring a handful of two-wheeled athletes and teams, including Jumbo Visma.

Lazer recently launched the Century helmet to coincide with the company’s 100th anniversary. The design goal for the Century was to be both stylish and functional with new elements for added safety, which is always a good thing.

Lazer packed a few innovative features into a 341-gram streamlined package, most notably the 26-gram Twist Cap top. The Twist Cap is a plastic plate with magnets on each end to work as either an aero shield, or it can be flipped to open the vents and offer a claimed 11 percent more airflow than the aero position. As a third option, you can also remove the Twist Cap for maximum airflow.

A new safety feature is the integrated rear LED light. The light not only adds visibility, but does so with a minimal impact on the weight. The removable LED unit weighs only 10 grams. Although the effect of the LED light is minimal, any upgrade to visibility is a plus in our book.

Lazer offers a wide selection of colorways, from blue and black to neon yellow. The 22 vented helmet is secured by Lazer’s retention cradle. The cradle can be adjusted 3cm vertically for a snug fit around the back of your head. The Century also comes with Lazer’s 50-percent crash-replacement warranty, which is just another way Lazer is standing behind its products. 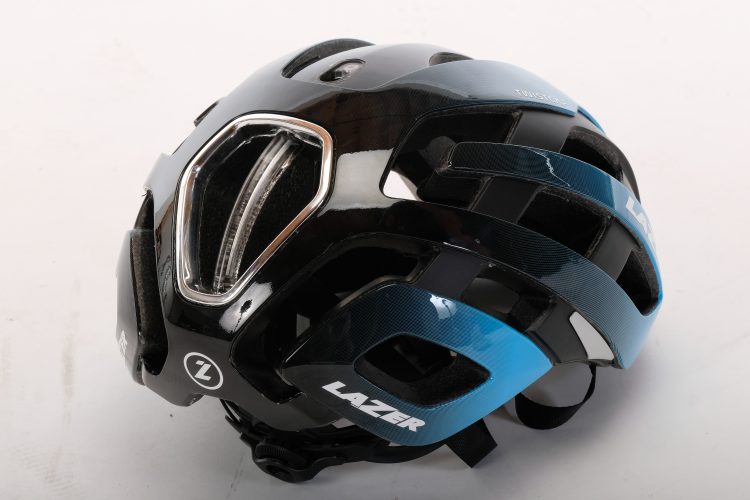 In order to test the three-in-one performance, we put the Lazer through a few additional situations than what a standard helmet test demands. Before we buckled the helmet, we commented on how heavy it felt in our hands, but once we properly adjusted the cradle and hit the road, the helmet felt balanced over the center of our head. Unlike other helmets that sit too far back on our heads, the Century did not force us to strain our necks, and we had forgotten about the few extra grams by the end of our first ride. It seems the key to making a relatively heavy helmet comfy is properly distributed weight throughout. 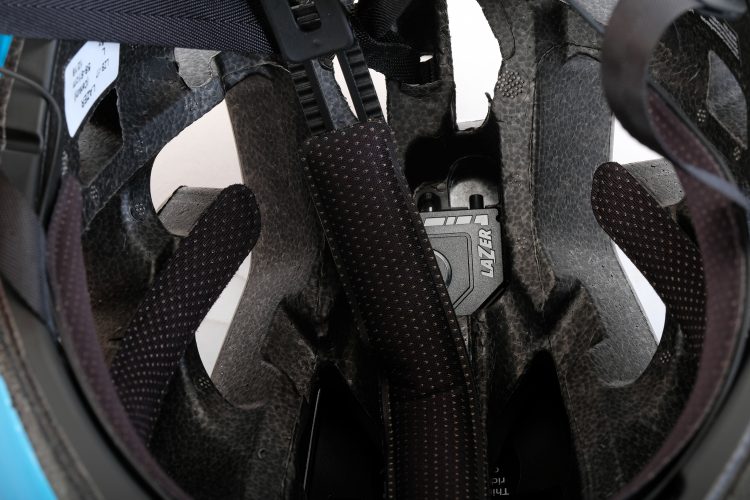 When it came time to charge the LED light for a night ride, we struggled to pop the light out of the helmet to access the USB port. It only took 15 minutes to fully charge and has a claimed run-time of 36 hours. We came pretty close to testing the claim after accidentally leaving the light on all night and found it still blinking the next morning.

Another issue we had was reaching the button to activate the light. It’s located on the inside of the helmet in a cavity so small, it was difficult fitting our finger in for access. We found the simplest fix was popping the LED out to press the button, then putting it back in place.

The effect of the Twist Cap is noticeable. When riding in the aero position, air is efficiently blocked from entering the helmet, while we did not actually test the effects in a wind tunnel, it’s safe to say in this situation that this position is a bit more efficient. The vented position allowed for a slight breeze through the center of the helmet, and proved to be an easy way to regulate airflow.

As expected, when we removed the Twist Cap, we noticed a much greater amount of air with the two vents in the center channeling the breeze through the helmet for the optimal ventilation. It seems like the most common use of the Twist Cap will be to control ventilation depending on the weather. Instead of having an aero helmet just for cold days or riding in the rain, the Century is a valid option for most types of weather. 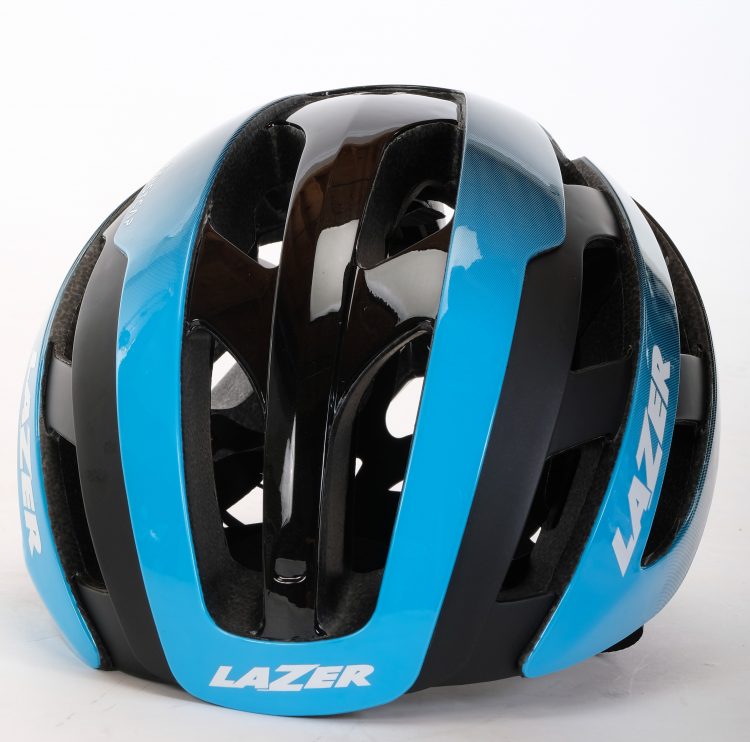 The Century brings a lot to the table in an easy-to-personalize piece of equipment. While it is a bit on the heavy side, it’s well-balanced enough that we forgot about the weight on our first ride, and you have the option to remove any of the extras to save about 36 grams.

Since most of our testing was done in the heat of the Southern California summer, we liked the opened-up version the best, but the Century may be our go-to helmet when the weather starts to sour in the winter, and we want that extra protection from the elements on certain days.

Given that some of our test rides also come after a full day in the office, we really appreciated the added visibility afforded by the LED light. We just wish it was brighter.