Italy’s 2021 Paris Roubaix champion Sonny Colbrelli “was conscious” after suffering a cardio-respiratory arrest following the first stage of the Tour of Catalunya, his team said on Tuesday. The 31-year-old Bahrain Victorious rider lost consciousness after finishing second behind Australian Michael Matthews following an intense uphill dash for the line.

According to the official statement of the Tour of Catalunya published in the evening, Colbrelli experienced “an episode of loss of consciousness with convulsions and subsequent cardio-respiratory arrest.”

First aid staff, who revived the rider at the finish line in the seaside town of Sant Feliu de Guixols, performed emergency CPR cardiac and used a defibrillator, the statement added. The reigning European road race champion was then taken to hospital in nearby Girona and his team issued a reassuring update on Tuesday.

“After being admitted to Hospital Universitari de Girona Doctor Josep Trueta, Sonny Colbrelli was conscious and feeling okay,” read their statement on the team website.

“He has since been in touch with family and friends as he recovers at the hospital.

“He will undergo further tests today to discover the cause of yesterday’s incident.

“All the cardiac tests carried out last night showed no signs of concern or compromised functions.”

Colbrelli had been making his comeback after pulling out of the Tirreno-Adriatico stage race in Italy two weeks ago due to a bout of bronchitis. He won the prestigious Paris-Roubaix race last year a few weeks after claiming the European title and has a total of 34 race wins over his career. 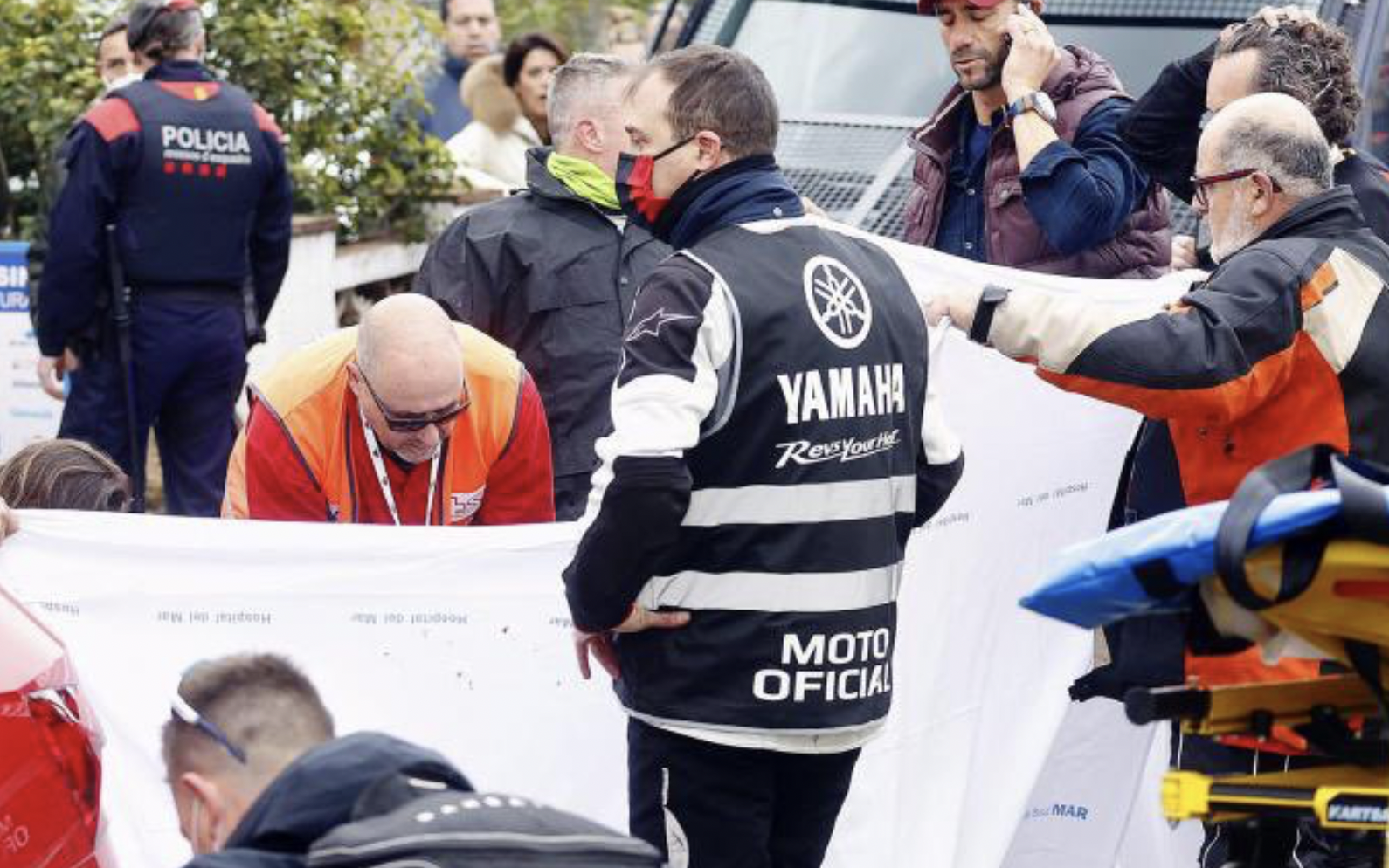