Share
The Tour de France – cycling’s biggest scene – puts on the table this summer a different parcours than the one of the past years, with just 37 kilometers of time trial, five mountain stages, seven flat ones, and several others which could create some serious damage in the peloton, as the traps that lie hidden on the route can change the pre-stage scenario, and at the same time force the general classification contenders take the initiative early.
World Tour leader Quick-Step Floors will head to Germany, from where the race is set to start for the first time in three decades, with a strong and experienced team, built around riders who between them have scored 17 of the 35 victories that the outfit managed by Patrick Lefevere has racked up so far this season.

Ronde van Vlaanderen and Amstel Gold Race champion Philippe Gilbert, a stage winner and former yellow jersey wearer at the Grande Boucle, will return here for the first time in four years, and the experienced Belgian, who’ll celebrate his 35th birthday during the first week, is sure to give the team a valuable card to play in the hilly stages.

If Gilbert is set to come back on familiar terrain, the same can’t be said of Italian Gianluca Brambilla, who’ll make his first appearance at the Tour de France; the 29-year-old, who put in a strong and impressive ride at last Sunday’s National Championships, will back Dan Martin in the mountains, but at the same time keep an eye on any opportunity which could arise and see him join the select group of active riders who’ve won stages in all three Grand Tours.

Last year, Dan Martin came close to a stage victory at what was his best Tour de France outing, which saw the attack-orientated Irishman make his way into the top 10 overall for the first time in his career. The 30-year-old, who concluded the Critérium du Dauphiné earlier this month in third position for the second season running, after a remarkable final stage which showed his amazing fighting spirit, will have another crack at the general classification, hoping to improve on last year’s result. 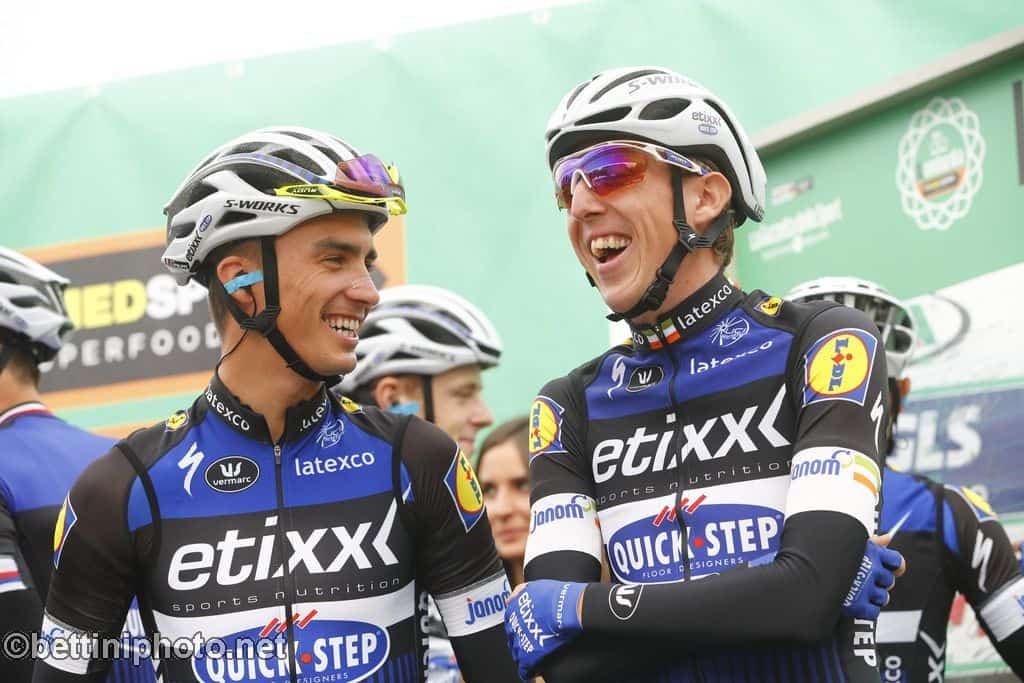