Tour de France hopeful Nairo Quintana sprung to the defense of his Movistar team on Monday after his father had blasted the Spanish outfit in the Colombian press. This has been a Tour to forget for Quintana and Movistar, right since the opening stage. Alejandro Valverde, who was third overall two years ago, crashed out in the stage one time-trial and suffered a broken kneecap.

Since then, Quintana has been far from his brilliant best, losing almost four minutes to his yellow jersey rivals on Sunday when he dropped to 11th and more than six minutes off the pace of leader Chris Froome. He is paying for having ridden in May’s Giro d’Italia, where he finished second, and has complained of tiredness during the Tour. That led to his father telling a Colombian radio station that Movistar are flogging his son and compromising his Tour chances.

“I haven’t spoken to my father for a few days. He has his opinion, what people tell him,” said Quintana. “He’s getting drunk on the people’s praise, for his words, for his frustrations, in one way or another, by all Colombians.” But Quintana said this is only happening because the Tour is going badly. “When you’re in front and winning, no-one says anything and everything’s perfect. “His words were of anger, in the moment. I don’t think you should take much notice of them, and I don’t share them.”

Luis Quintana had complained that his son shouldn’t have raced at the Giro when his main aim is the Tour de France. It is widely considered that there is not enough time to recover from the exertions of riding the Giro in May before the Tour in July. “Colombians are protesting because of what they (Movistar) are asking Nairo to do,” Luis Quintana had told Radio Caracol on Thursday. “He shouldn’t have ridden the Giro if they were taking him to the Tour.” Last year, Quintana finished third at the Tour before going on to win the Vuelta a Espana in September.

It led Movistar to believe he was stronger in his second Grand Tour of the year than his first, so they decided to try the Giro-Tour double this year. However, Quintana has struggled several times in the mountains, despite finishing second on Friday’s Pyrenean stage, and has admitted that it was a mistake. 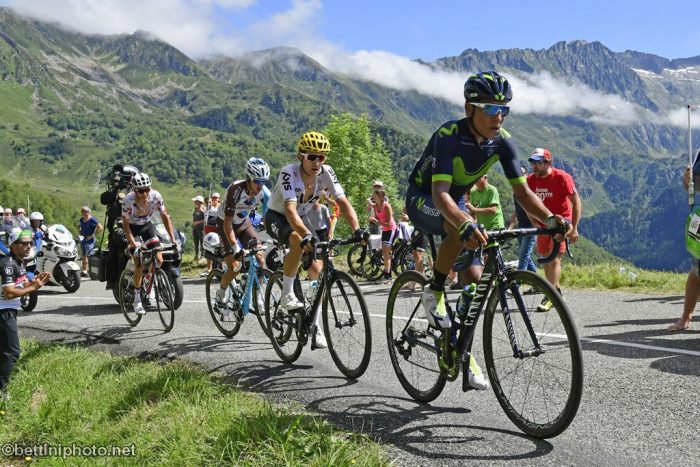 Bardet Hits Out at Froome Boo-Boys