Etna, Italy, May 9, 2017 (AFP) – Colombian race favourite Nairo Quintana said he remains on schedule for the next climbing stage at the Giro d’Italia after cruising through his first high-altitude test on Mount Etna Tuesday. Quintana, the 2014 Giro champion, saw Italy’s defending champion Vincenzo Nibali throw down the gauntlet with a brief attack on the slopes of Europe’s highest active volcano in a drama-filled fourth stage that saw Nibali’s Spanish teammate Javier Moreno thrown off the race for violent conduct. But it was closed down on the counter by Movistar teammate Andrey Amador, and Quintana went on to finish 11th on the stage behind Slovenian winner Jan Polanc.

Along with Nibali, the 2013 and 2016 champion, Quintana is only 10secs behind new race leader Bob Jungels. “The aim today was not to lose any time. I don’t have as many days racing in my legs compared to them (rivals),” Quintana said. “It’s the first time I’ve raced at high altitude since my return from Colombia. So it was the chance to see how my condition is.” Quintana returned from his native Colombia only recently and added: “This first week should allow me to improve my race form. I think I will be better in time for Sunday’s stage.”

Stage nine signals the next foray into the mountains, a 149 km ride from Montenero di Bisaccia on the Adriatic coast to the race’s second summit finish at Blockhaus expected to host further hostilities. But going on Tuesday’s showing, Quinatana remains assured. “We controlled things pretty well in the finale, mostly when Andrey countered Nibali. It was a difficult climb, especially with the strong headwind. That’s the main reason we didn’t see any big attacks. “When Nibali attacked, the tempo was already high. But my teammates did an excellent job.”

In a race that looks tailor-made for his formidable climbing skills, Quintana is expected to triumph. But he added: “Everyone says I’m the big favourite, but a lot of my rivals have been working hard to make sure they’re on top form for the Giro.” 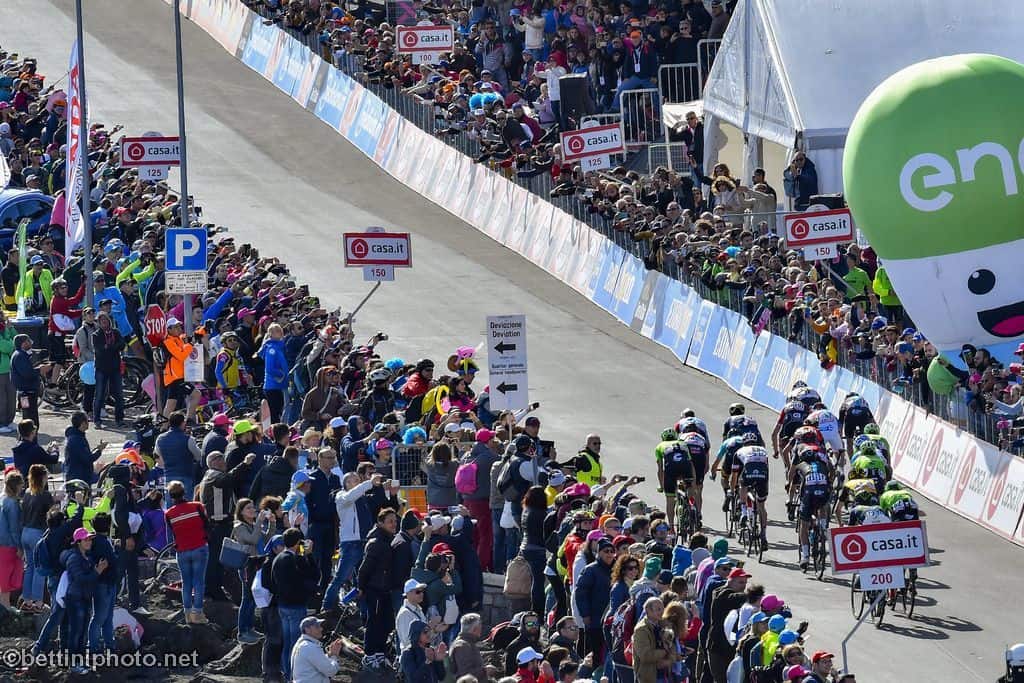