Quintana To Froome – Beat It! 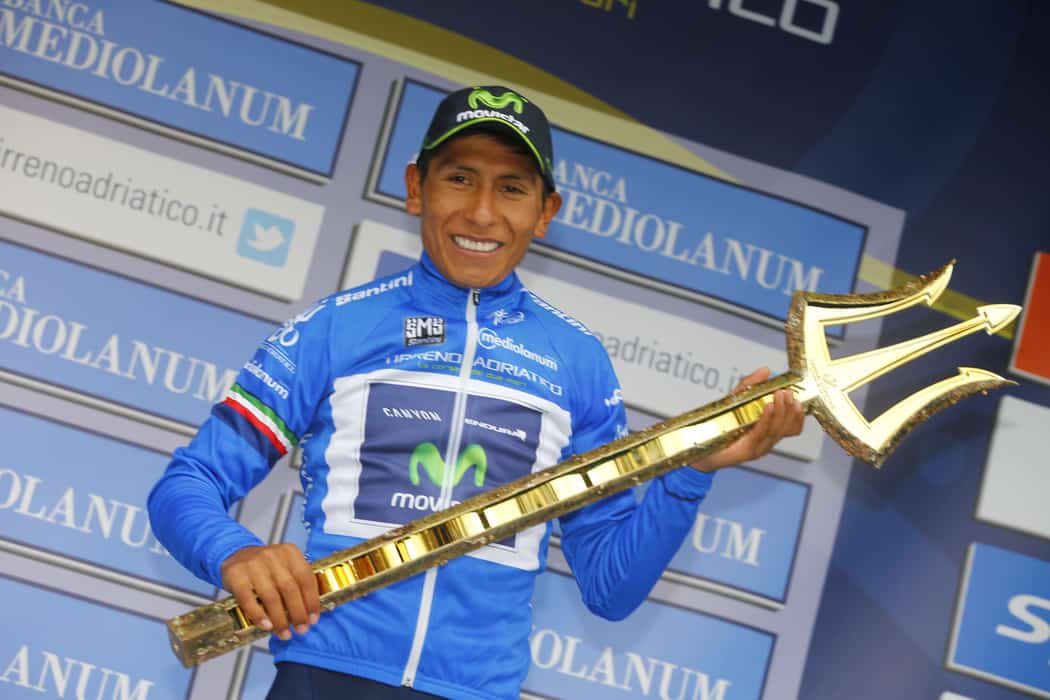 Colombia’s Nairo Quintana has set his sights on going one better at the Tour de France this year to depose British rider Chris Froome of cycling’s greatest prize.

Quintana finished runner-up to Froome in 2013 and last year having skipped the gruelling three-week slog around France in 2014 to concentrate on his successful attempt to win the Giro d’Italia.  Whilst Froome is aiming for a treble in 2016 by targeting a third Tour de France victory weeks before a bid for double gold at the Rio Olympics in the time-trial and road race, Quintana is clear his goal is to finally wear the yellow jersey in Paris on July 24.

“We continue dreaming of the yellow jersey,” he said at the launch of
Movistar’s team for 2016 in Madrid on Wednesday. “We are concentrating on the Tour, which is what we have the greatest hopes
for and have dreamed of for so long. “Then there are secondary objectives like the Olympics and to try again at the Vuelta a Espana.”

Quintana has shared the leadership role at Movistar over recent years with Spanish national champion Alejandro Valverde, who joined him on the podium a last year’s Tour de France. However, the reins are more likely to be handed to Quintana this year as the 35-year-old Valverde is riding the Giro d’Italia for the first time in his career.

“It is a completely different calendar to the one I normally do and we’ll
see what happens,” said Valverde. “In May I am normally resting and this year I have the Giro, so we will see how my legs respond.”

Valverde’s only Grand Tour victory of his career came at the 2009 Vuelta a Espana, but despite the challenge of the likes of previous winner Vincenzo Nibali and Mikel Landa – who finished third in 2015 – the Spaniard is confident he can challenge to win the pink jersey.

“I am going to the Giro to give my best, get on the podium and why not win it? “We know it will be difficult and there are some very good rivals, but we will see what happens.”

Valverde will be joined at the Giro by Britain’s Alex Dowsett as he
concentrates on the road for 2016 after breaking the world one hour record in 2015. Yet, despite being a time-trialing specialist, Dowsett doesn’t believe he will make Team GB for Rio.

“At the moment I’m targeting the Giro d’Italia because I think Olympic
selection is going to be quite difficult for me,” he said. “My training this winter has been a lot better than last year in terms of training for road races, last year I was training purely for the track.”