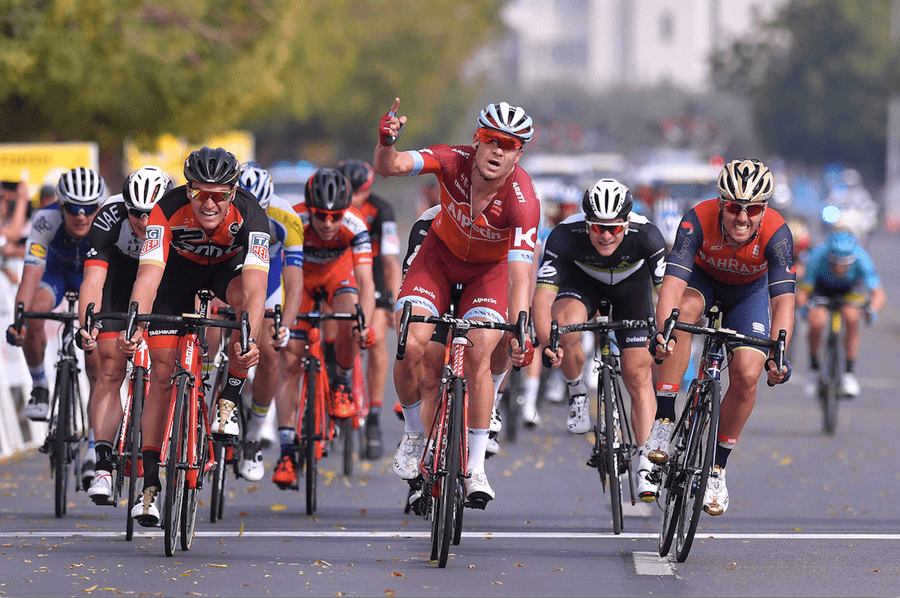 Belgium’s Ben Hermans on Sunday celebrated “the most beautiful” first big win of his career in the Tour of Oman on Sunday. Alexander Kristoff took the final day honors in a sprint with 30-year-old Hermans avoiding any mishaps in the closing sixth stage.

The BMC rider had topped the overall standings since surprising a group of better fancied rivals with a late attack to win Wednesday’s second stage. He followed that up with Saturday’s penultimate mountain stage to set up the win which comes after his second place finish in last month’s Tour of Valencia.
Hermans’ main claim to fame up to this season was serving as lieutenant to his more decorated compatriot Philippe Gilbert. But after the former world champion’s move to Quick Step Hermans has capitalized on what he says is his “newfound responsibility and freedom” at
BMC.
“To be worthy of this confidence I worked really hard over the winter, that’s clearly the reason behind my early season form,” he said. Looking ahead he added: “The aim now will be to build on this in the Ardennes classics.”

Kristoff, followed across the line in Muscat by Eduard Grosu of Romania and Italy’s Sacha Modolo, was annexing his third stage of the race. The Katusha rider described the final dash for the line at the end of a 152 kilometer ride as “very complicated” due to the headwind on Muscat’s Muttrah Corniche.

The Norwegian added: “This week is going to give me a lot of confidence before my main objectives, the Nieuwsblad (a one day race in Belgium) and the Paris-Nice.”

In the general rankings, Portuguese rider Rui Costa came in second at 22sec with Italian Fabio Aru in third at 35sec. Hermans adds his name to a roll of honor in Oman that includes cycling greats Chris Froome and last year’s winner Vincenzo Nibali.
TEAM INTERVIEW
Firstly, tell us about the stage today with the crash.
“I was scared that something like that [crash] could happen, especially with the wind as the whole peloton was nervous. It was very dangerous and then they made a big mess by chasing the breakaway down for the sprints. It was just nervous but this is bike racing so we always have to be concentrating until we cross the finish line.”How can you summarize your performance here?
“I’m really happy that I could take two stage and the GC. It’s more than I could have dreamed of. It was the perfect week for me, perfect start to the season. I always like to start the season in good shape and then normally it continues for the rest of the year.”

Did you know coming into the race that you were in such good shape?
“I knew from training that I was really, really good. I was going so hard. I already had this feeling several times but I never won the GC, I won stages or I won classics, but I was never performing so well against the kind of climbers who are here. So in this way I surprised myself.”

How do you feel going into the rest of your season after such a good start?
“It definitely gives me more confidence. I am not the level of Richie Porte, Tejay van Garderen or Greg Van Avermaet. I am going to have my chances though I think. For the classics perhaps I will have a chance. Liege-Bastogne-Liege is for sure a goal for me.”