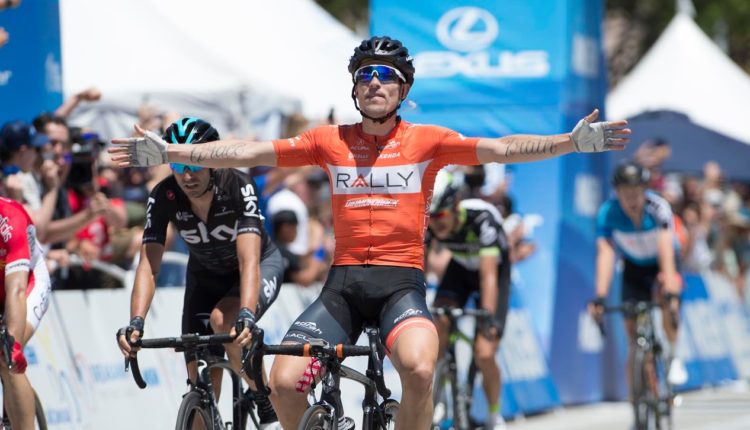 Press release — Following the recent announcement of the team’s move to the Pro Continental ranks, Rally Cycling is releasing their full men’s roster for 2018. The team, winner of the UCI America Tour and USA Cycling Pro Road Tour, made several important additions that strengthen an already formidable roster, which accounted for 58 wins and 107 podiums in 2017.

“Success doesn’t simply come from picking the right riders,” said Performance Director Jonas Carney. “It’s more important to provide your riders a positive environment where they can thrive. Maintaining the athletes who make up the backbone of that culture ensures that we will continue to be successful because new recruits almost always excel in our program.”

Returning riders include American Evan Huffman, double stage winner at this year’s Amgen Tour of California and overall champion at the Tour of the Gila and the Tour of Alberta. Canadian Rob Britton, stage three and overall winner at this year’s Tour of Utah will also return to help guide the team’s formidable stage racing lineup. Danny Pate, a former world U-23 time trial champion and road captain, Matteo Dal-Cin, the current Canadian road race champion and stage one winner of the Tour of the GIla, and Brandon McNulty, former junior time trial world champion and silver medalist in the U-23 time trial in 2017, also rejoin the team.

The team spoke to a few of the riders to get their take on this past season and what lies ahead with the team’s increased commitment to international racing. 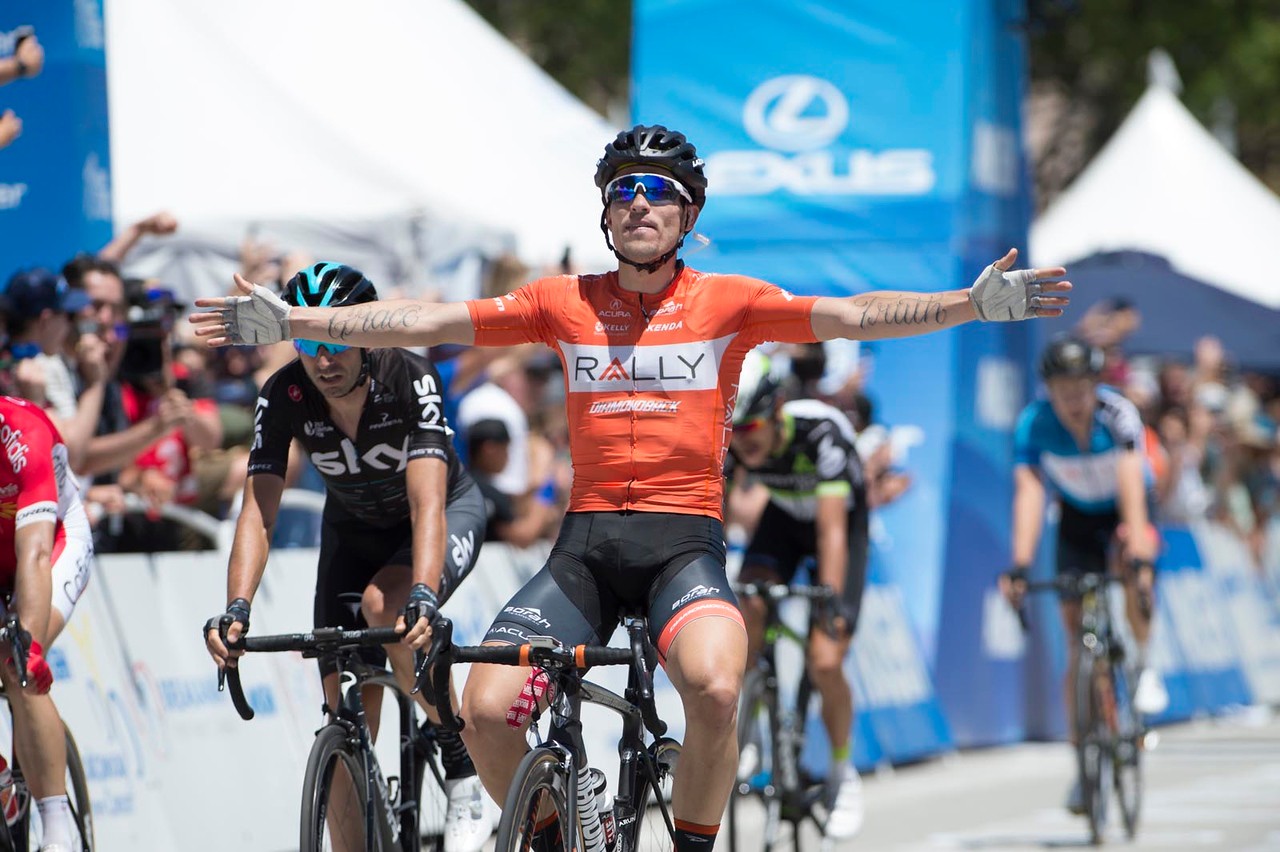 The most successful rider in the team’s 11-year history is back. Evan Huffman’s victories in the WorldTour ranked Tour of California were the first by a continental rider at the sport’s highest level. Those victories were not an isolated incident – having bookended them by winning the Tour of the Gila in April and the Tour of Alberta in September.

“Those wins meant a lot to me personally,” said Huffman. “It was a big confirmation of my overall fitness level, but also of my strengths as a rider, namely time-trialing and breakaways. For the team, it showed that we are super strong and able to compete at a really high level, but also that we’re able to step up and take responsibility for an entire race, and take home yellow.”

After racing in the WorldTour for two years with Astana, Huffman returned to the continental ranks in 2015. When asked what made this year so special he didn’t have to think long.

“I think I was a lot more relaxed with my diet and training in 2017, which left me with more mental energy to succeed in races.”

Huffman is one of only a few riders on the team with experience racing in the upper echelons of the sport. In his eyes he believes the program will continue to gain the respect it has earned.

“I think it gives us more legitimacy in the eyes of race directors and the WorldTour teams we race against,” said Huffman. “We showed that we could get it done all season in the races so it feels good to see everyone working together, the riders, management, and sponsors, to grow the program.” 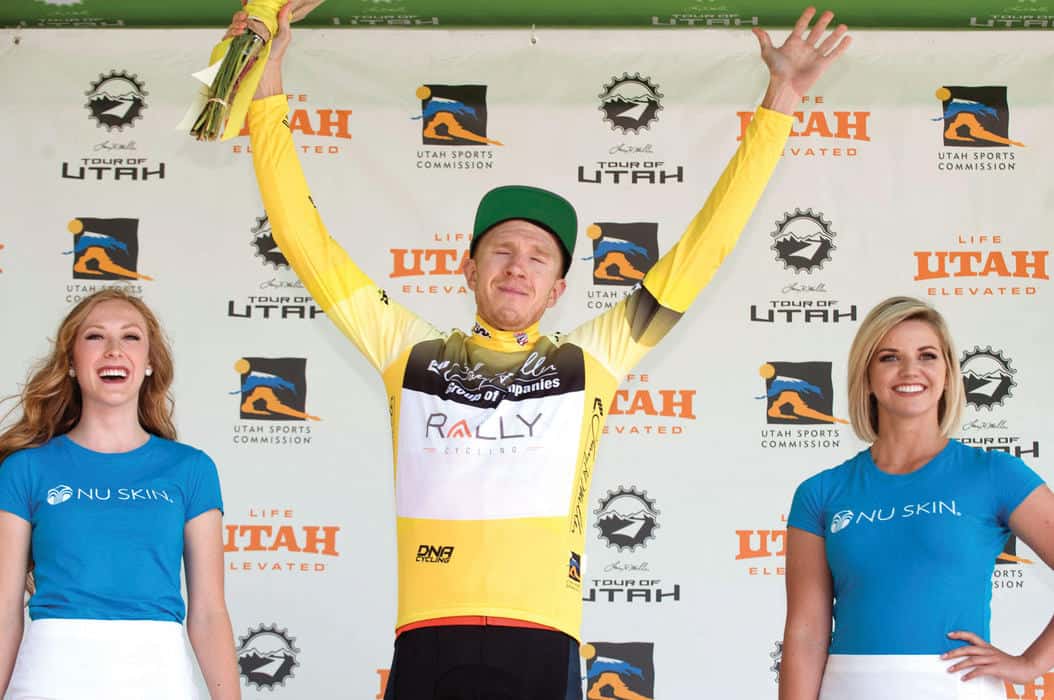 Quietly confident and ready for more

When he rolled to the line of the stage three time trial at this year’s Tour of Utah, Canadian Rob Britton was on a mission. He had been preparing for this moment for years. Altitude training camps, done. Team momentum and positive environment, check. Pacing for altitude time trial, dialed. He didn’t have to worry about the rest of the week. Just earn the jersey, the rest will follow.

“Winning Utah was massive for me and more specifically, it was really special how we did it,” said Britton. “After I won the TT, the team really took control and there was never a moment through the whole week I was left unprotected. Winning the race was great, far and away the biggest result of my career. But the way the team rode that week was next level and so important to taking home the overall.”

Britton is not a stranger to altitude stage racing, previously finishing fifth at the Tour of Utah in 2016 and third in Colorado’s USA Pro Challenge in 2015.

“The win at Tour of Utah certainly wasn’t an overnight success story,” said Britton. “I’ve been chipping away at a result like this my entire career. There has been plenty of time away from home and sacrifice along that journey, but I don’t think that’s unique to me, that’s just the sport now. I knew I had good form going into the race, the weight was good and more than anything I was pretty relaxed….quietly confident.” 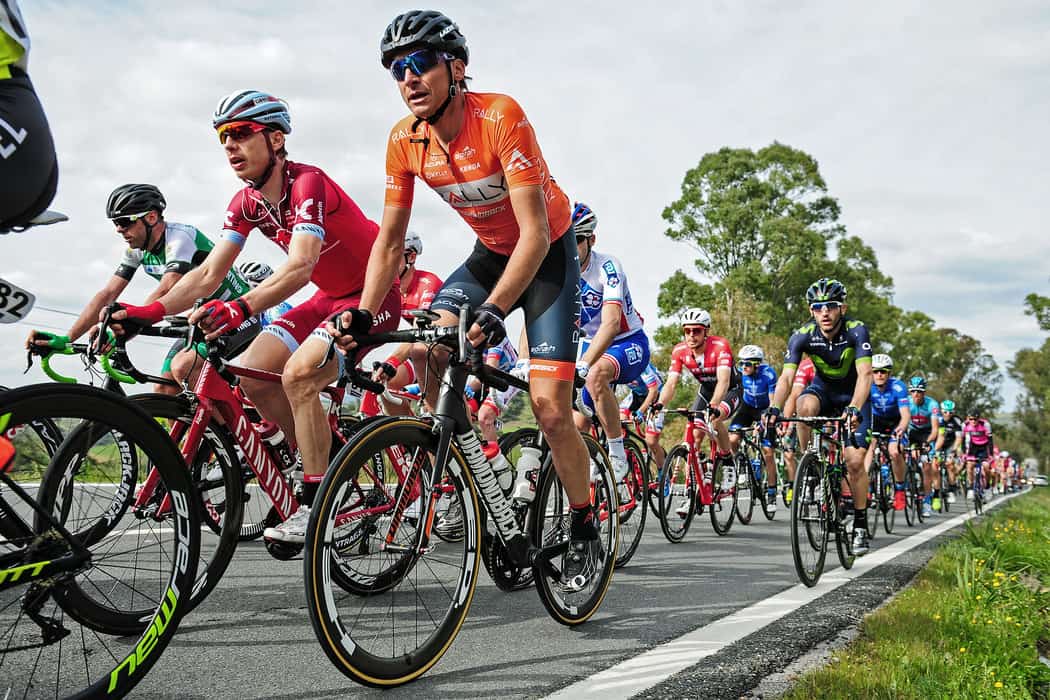 You may ask yourself how a Tour de France veteran and former U-23 World Champion stays motivated in the latter part of their career. For Danny Pate, it’s simple.

“Cycling is what motivates me to continue being a professional athlete,” said Pate. “Not the other way around.”

After the most successful season in the program’s history, we asked what had the biggest impact on him.

“The highlights of the year for me was the team winning the Tour of Utah and Tour of Alberta,” said Pate. “Individuals had great performances to take the lead in those races but it was the well executed and selfless teamwork in the defense of those leads that impressed me the most. I think the biggest area the team has improved in is controlling race situations to favor the team. Through confidence, team cohesion, and leadership from riders and staff, we have accomplished a lot.”

For Pate, the move to the higher division is nothing new. He previously rode in the WorldTour for Team Sky, HTC – High Road, Team Garmin – Slipstream and Saeco.

“I’m excited about the team moving up a level,” confirmed Pate. “All of the riders are hungry for bigger and better things. The Pro Continental division will give the whole team more opportunities on a bigger racing stage.”

This week the team is in Winter Park, CO for their annual winter camp. Athletes and staff with participate in team building activities that include snowshoeing, skiing, fat biking, and paintball.