A win for the American squad 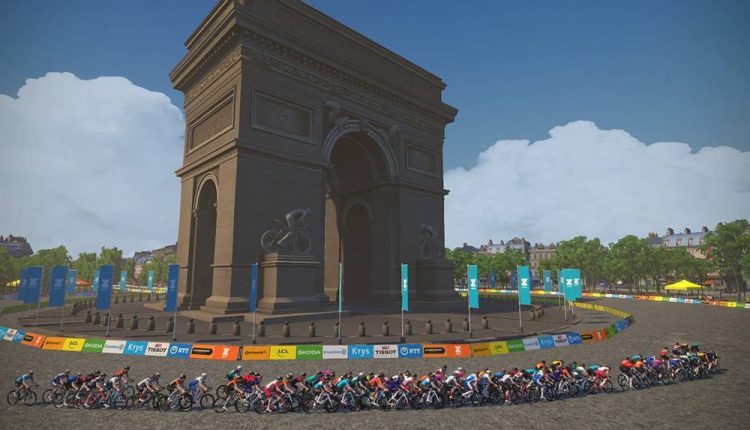 While the ASO are doing what the can to ensure a 2020 Tour de France, the pros have taken to Zwift for a virtual edition of the race. Men’s and Women’s racing is taking place during the first three weekends in July. Stage 3 featured an underdog win from Rally Cycling‘s Matteo Dal-Ci as well as a well-timed sprint from Canyon-SRAM‘s Tanja Erath.

Matteo Dal-Cin won the final sprint during the 48km stage 3, Dal-Cin was the first of about 15 leaders to cross the line. Action was constant throughout the stage but the strongest riders gathered towards the finish. Dal-Cin was able to jump the group in the final meters for an expertly crafted win.

“That felt fantastic and awful at the same time,” said Dal-Cin, former Canadian road race national champ. “I made a big effort to get in position before the final corners and started sprinting before I could see the line. I’m really proud to deliver this win for the team.”

Following a fast finish lining up after 1 hour of intense racing in the Women’s edition  Tanja Erath (Canyon – SRAM Racing), winner of the 2017 Zwift Academy, used her experience on the platform to dominate against competition like World champion Chloe Dygert (Twenty20) and race leader April Tacey in the final sprint.

A special video message from the stage 3 winner of the Virtual Tour de France, @matteoadalcin, to all of you 😍 #TDFvirtual pic.twitter.com/IIM9sfNeuP

Let’s Ride – Join In On The Tour of Inspiration