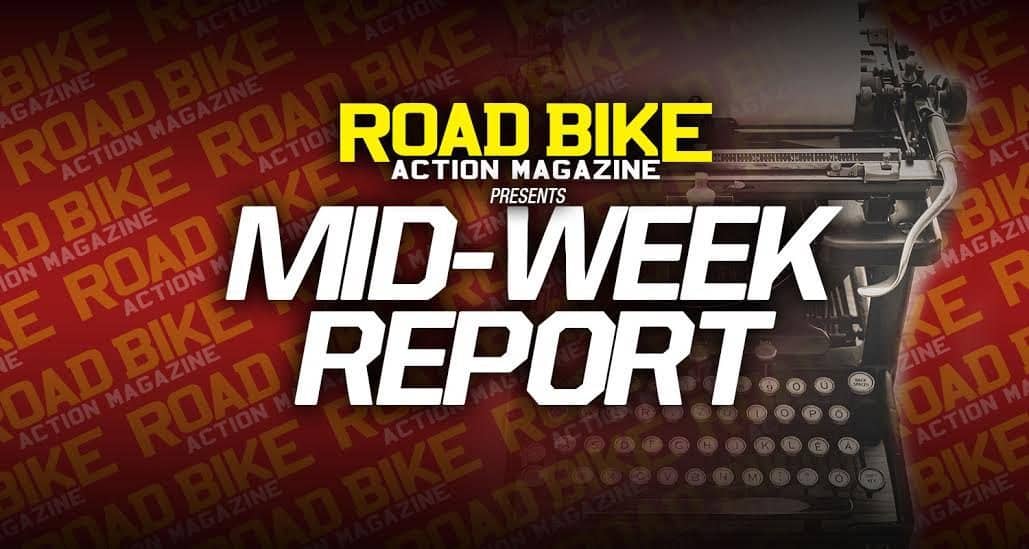 Paris – Nice has come and gone. It was quite a race as well. Julian Alaphilippe was the talk of the town for the first part of the race as his attacking style was gaining him time plus his notable improving time trialing. Also to be noted was the first two stages of cross winds which caught out Richie Porte, ultimately losing him 14 minutes on a stage and a crash which put Romain Bardet down in the closing kilometers. Ultimately Bardet would receive too much help from his team car and result in a DQ. Most of the time you can get away with a little assistance from your team vehicle but when your a French star, in a French race while in the finishing part chasing, chances are your gonna have a lot of camera’s on you and at that point it’s tough to pull that maneuver off. Once the mountains came Julian lost contact with the likes of Alberto and Sergio while they went at it. Heading into the final stage Sergio Henao would lead but classic Alberto Contador would come out swinging. Attacking very far out he would get the time he needed but it would come back at the end. It came very close though as Alberto only lost by two seconds. If you haven’t watched the final stage you should check it out. 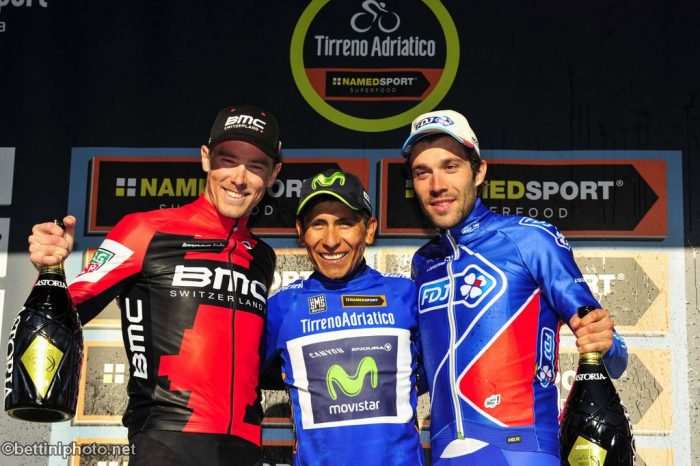 While Paris – Nice was going on there was another major stage race going on over in Italy with Tirreno – Adriatico. With the action packed Paris – Nice Tirreno was a bit of a lesser, stellar race as Nairo Quintana showed his dominance and won for a second time with relative ease. Having the likes of Peter Sagan and Fernando Gaviria on hand made for some enjoyable sprints though. Peter even managed to steer clear of a dog & pedestrian during the final TT. With Nairo showing his good early season form there is already talk of him and his chance with the elusive Giro/Tour double. 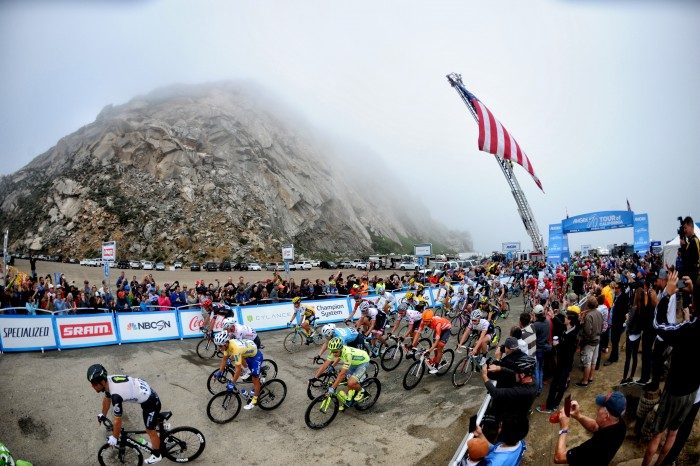 The Tour of California has released their ’17 team line up after much speculation. It was a bit of an unknown heading into this year with how the Continental teams would be affected by the race upgrading to World Tour status. Two Continental teams finally made the cut with Rally Pro Cycling and Jelly Belly Pro Cycling. The two teams that are notably missing are Axeon Hagens Berman and Holowesko – Citadel p/b Hincapie. Both teams have a history of doing well in the race and have always punched above their weight. The directors have found it frustrating though as there is much lack of guidelines available on the criteria needed to be reached to enter the race. Axel Mercxk was understandably disappointed to hear his team didn’t make the cut.

A couple weeks back we had the pleasure to be invited by Wahoo Fitness to come join them in San Luis Obispo for a couple days. While being there they introduced their latest project with the new Wahoo ELEMNT Bolt. With their new Bolt, Wahoo went after the aero advantage which most all cycling computers haven’t gone for yet. Funny how in our current cycling world everything is about being aero yet the cycling computer has really been untouched in this area, well until now. Wahoo claims that in a 40km TT, a rider averaging 21 mph will be approximately 12.6 seconds faster. Besides the aero advantage Wahoo cut down on the size of their ELEMNT as that was a request from many customers. The new Bolt is pretty great as I’ve been using it the last week and as always Wahoo offers their simplicity with this computer as well. 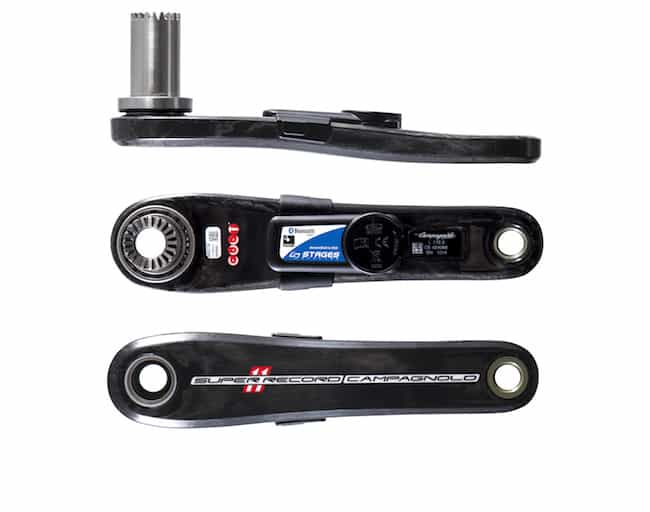 Stages Power now offer consumers the Campagnolo power meter. “While we have been producing carbon power meters to work with SRAM, FSA, and Race Face crank sets for some time, the Campagnolo carbon power meters proved to be a unique engineering challenge,” said Pat Warner, Stages Cycling Senior Vice President. “Campagnolo’s carbon design is entirely different and it took more time than anticipated to meter. We ended up creating a new iteration of our Stages Cycling power meter for the iconic Italian brand’s crank sets.” The Super Record, Record and Chorus based power meters are are available immediately at selected dealers and at StagesCycling.com 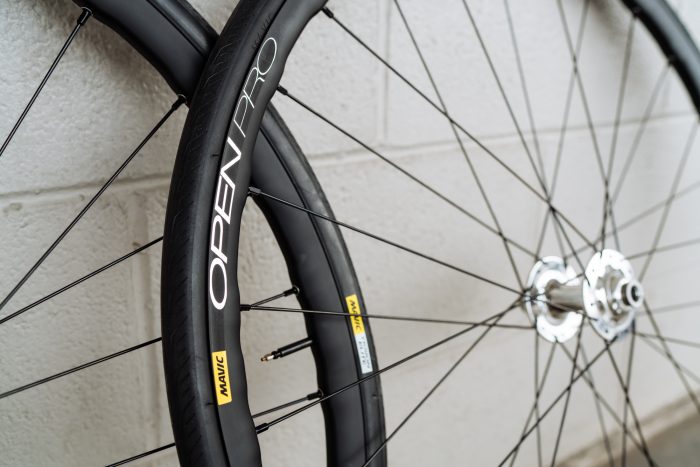 Mavic is introducing a completely updated line of their aluminum Open Pro rims that now includes both disc and rim brake versions, a wider rim profile and tubeless compatibility. For more than 30 years the Open Pro has been the go-to rim for wheel builders, and now with the latest updated features, it’s sure to remain an industry leader. Find out more about their release here.

There was a bit of impressive local racing on hand this past weekend in Southern California with the Tour of Murrieta. A few weeks back we highlighted the newly Continental professional team of Elevate – KHS Pro Cycling while they were at camp, and even snagged up and coming sprinter Corey Williams as he gave us his top 5 sprinting techniques. Well Corey did exactly that as he had it on film during the stage 2 sprint. While the Cyclance Pro Cycling team was on the front in the closing laps whipping up the pace for their sprinter, Corey was sitting on their train. Where the impressive part comes into play is on the last lap when the pace was at it’s highest; courteous of 2 time American National Champion Eric Marcotte, the team happened to drop their sprinter and Corey had to open up a sprint to close the gap. No easy task. Once he closed the gap he had to settle, recover for a couple corners only to wait patiently and come around everyone at the end for the win. Fast forward to 2:20 of the video to see the action.

To finish our mid-week report off whats a week with out a little Peter humor? Enjoy!