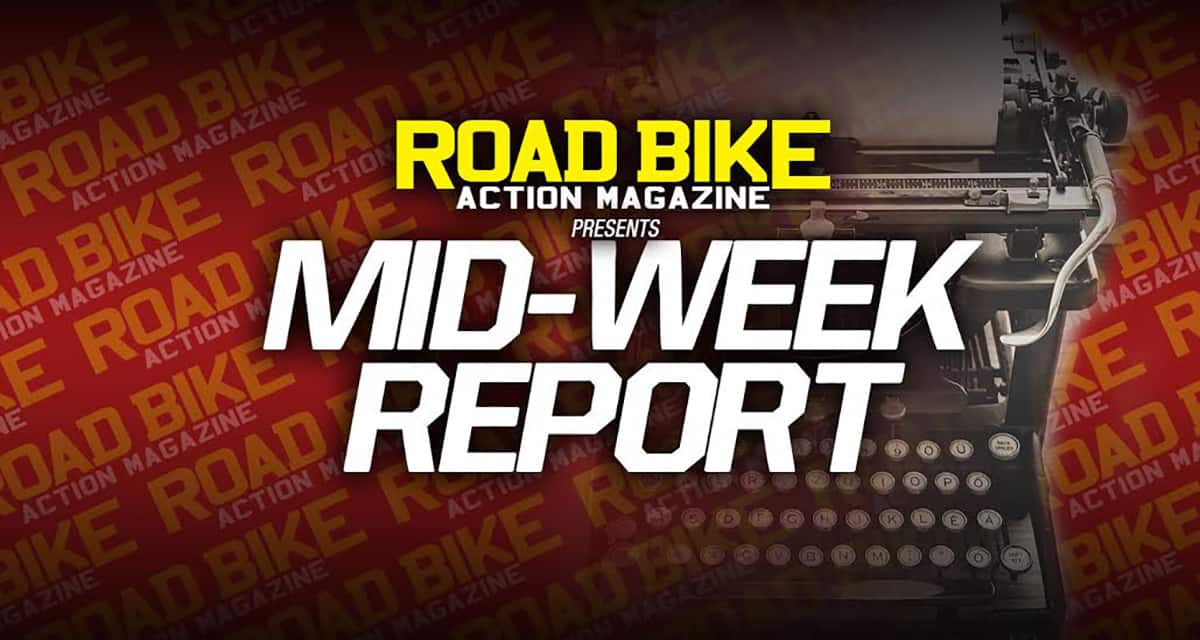 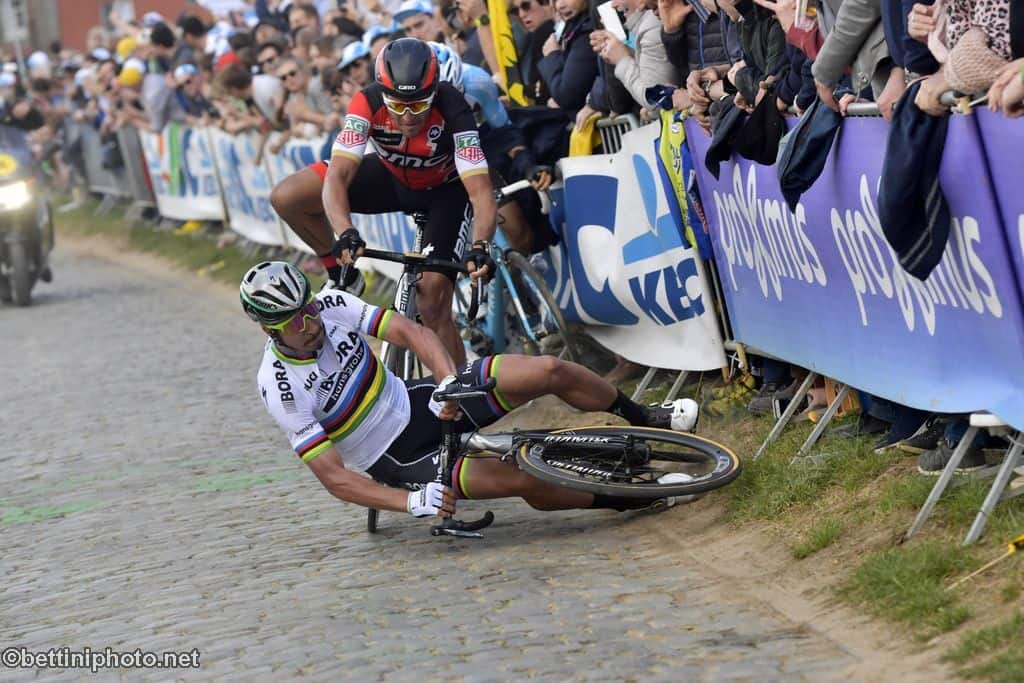 We all know and love Peter for his amazing bike handling skills thus it’s very rare to actually see him in a crash. Even being brought down by a spectator’s jacket Peter does it with style.

Mavic looks to finally release their new revolutionary shoe. I only say finally because I knew about these last year and saw that Dan Martin was using them during the Tour. This new shoe is similar to a motocross boot/ski boot as it comes with separate booties that you can interchange. A very cool idea indeed but that comes with a bit of a steep price tag. Retailing at $999 these shoes are for a very niche market. 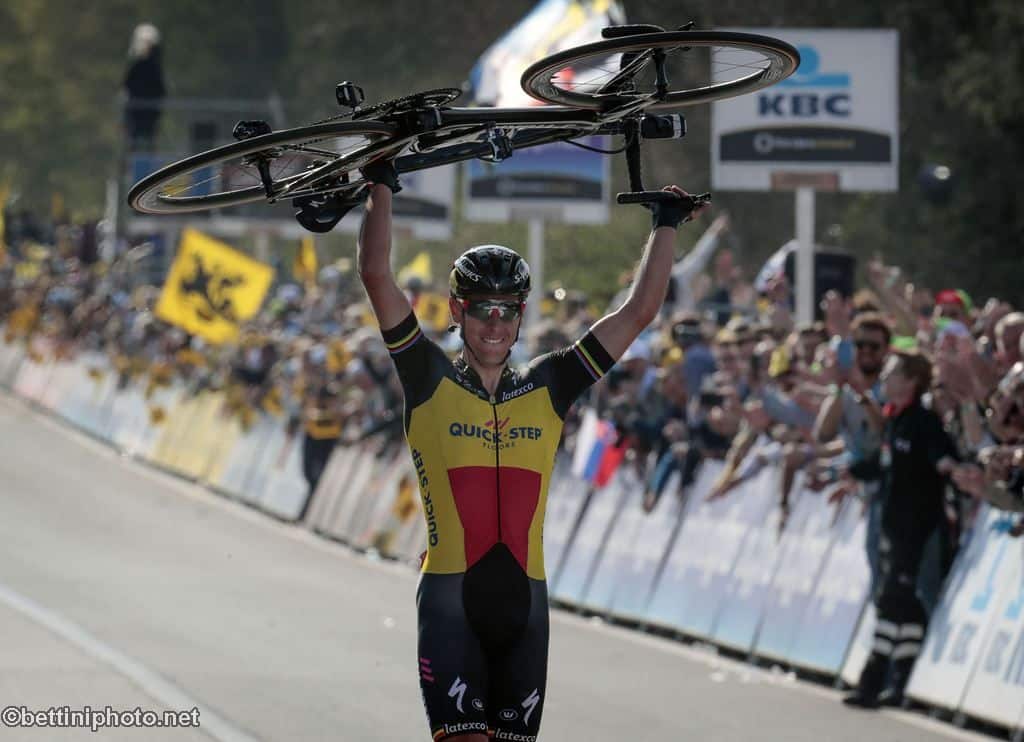 The Tour of Flanders was this past weekend and it did not disappoint. With so many top racers on form we knew there would be fireworks. Philippe Gilbert took a gamble and attacked 50km out solo which was a daring move. With his gap hovering around the minute mark with 17km to go Peter finally hit the gas on one of the last climbs. He was able to pull away with Van Avermaet and Naesen and the gap to Philippe started to come down. Just as the fireworks were beginning to go off a not so smart spectator thought it would be a good idea to hang their jacket over the fencing. Peter managed to clip the jacket which put him into the fence and onto the ground with his fellow chasers. This gave Gilbert just the extra time he needed to complete his solo victory. Van Avermaet was able to get back up and chase to second place 30 seconds down on Philippe. If it wasn’t for that crash I believe we would’ve seen an epic finish to the race with the chasers catching Gilbert in the final kilometers. 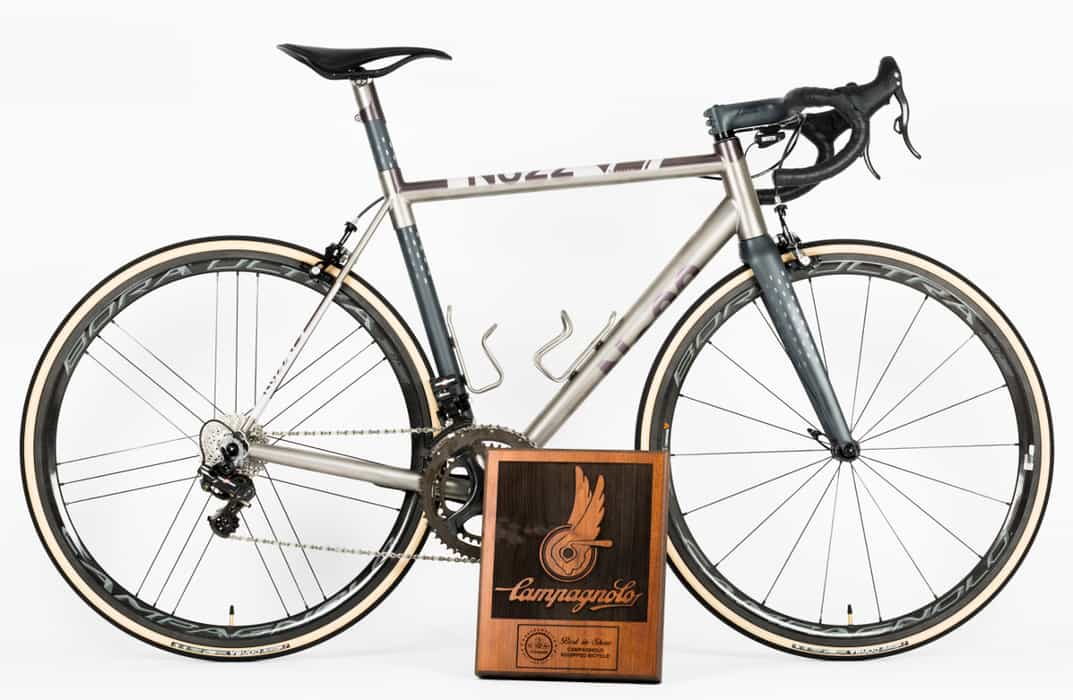 Our fearless leader Zap just so happens to be one of three judges to cast a vote for the three bikes that represent the Best Campagnolo Build at NAHBS. Take a look at what he thought of the winning bike at the recent NAHBS show. 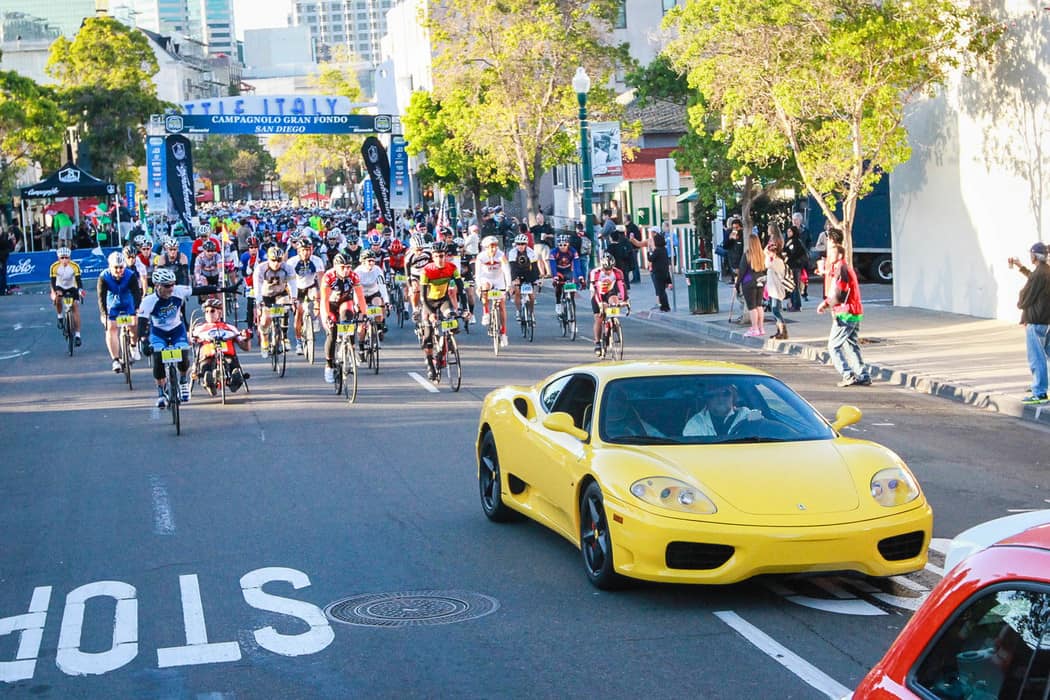 This Sunday we will be attending the Campagnolo Gran Fondo in San Diego, Ca. This ride starts in Little Italy and is lead out by your not so average cycling vehicles. With four routes on hand there’s a ride for everyone. I haven’t done this fondo before but I’ve heard great things about it. I’m looking forward to getting out and riding the roads of east San Diego as we rode some of the same roads on the first stage of last year’s Tour of California. If you happen to be out there be sure to come say hi to the RBA crew!

As we mentioned earlier this was the moment during Flanders where Peter got up close and personal with a fan’s jacket.

Coryn Rivera came away with the biggest win of her career during the Womens Tour of Flanders. The 24 year old American is having a dream start to her first full season racing in Europe. Having raced with United Healthcare mainly in the states last year she finished her schooling and jumped over to Europe. Seeing her find such quick success in Europe at the highest level just shows how talented she really is. Seeing her race locally in the southern California crits the past few years its amazing to see what she has done now.

One of our favorite new additions in the RBA office are these Silca T-handles. With all the bikes that come in and out of our offices we are constantly tinkering with bar position, seat height etc. We give these T-handles a five star rating as they’ve made an excellent addition to our tool bench. 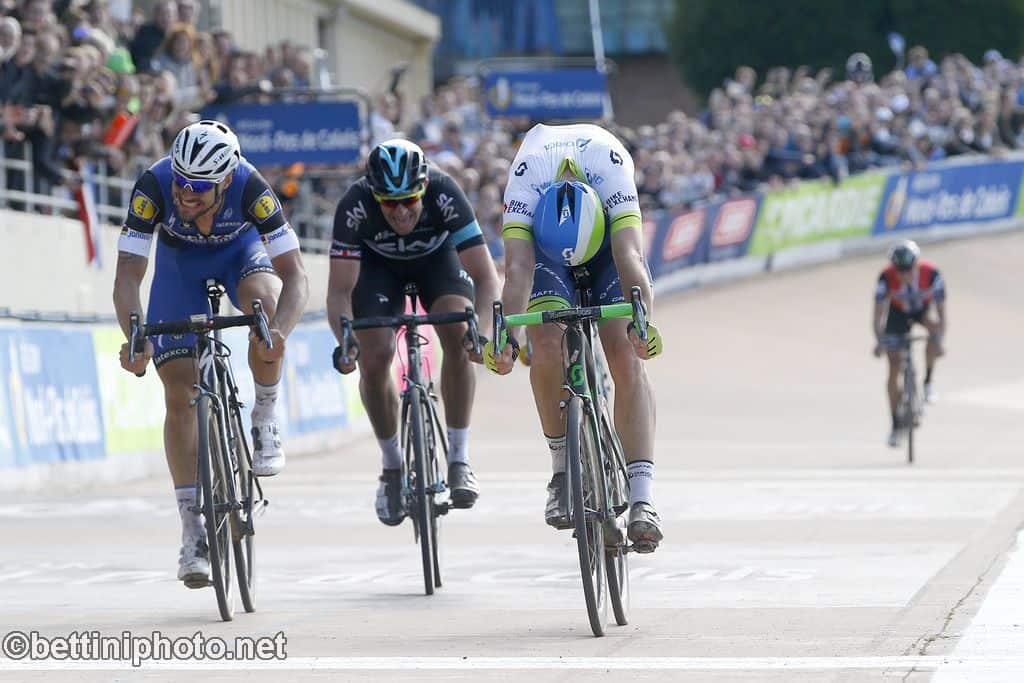 A new addition we will be doing in our mid-week report is a photo caption/question contest. The winner will receive some swag from our RBA office. Our question for this week is who do you think will win Paris-Roubaix this Sunday? Send your answers to [email protected] and we will announce our winner in next weeks mid-week report.

Tour Of The Basque Country Stage 3