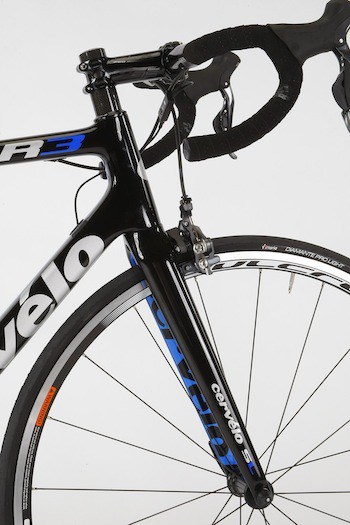 Way back in the winter of 2005, Cervelo rolled out a completely new frame that took advantage of the burgeoning design possibilities that carbon construction was making possible. Rather than just replicating what was being done with aluminum at the time, Cervelo utilized some real out-of-the-box thinking on how to achieve greater stiffness, while at the same time improving compliance. That bike was the R3.

Little did anyone know the impact it would make (three-time winner at Paris- Roubaix)-and still be making all these years later. The R3’s role as Cervelo’s top-of-the-line road bike has been surpassed by the R5 and RCA, which all share the same frame shape, but use a different layup schedule and material base. Of course, since the R5 frame set also runs $3000 more than the R3, the more price-conscious among us would prefer to chase the R5’s weight savings some other way, like cutting out dessert for a week.

THE FRAME
Much of the new design found on the R3, R5 and RCA comes from Cervelo’s third generation of Squoval tube shaping, which utilizes a truncated airfoil variant. The shaping is meant to provide an aerodynamic benefit without any reduction in stiffness or addition of weight from the previous design. The downtube, seat tube and head tube get the Squoval 3 treatment, while the trademark slender seatstays retain their shape but change orientation by 90 degrees.

Even with its improved aerodynamics, which provide a claimed 7-watt savings in power from the new tube shaping, the aero performance isn’t as integral to the R3 as is maximum stiffness and low weight. In addition to the tube design, Cervelo has also forged their own path when it comes to head tube lengths. The 148mm length on our 54cm test bike averages around 1cm longer than most other race bikes out there. The main reason for this is the fact that for the vast majority of riders to achieve their ideal fit on a bike with race geometry, spacers are often needed under the stem to elevate the handlebar position. 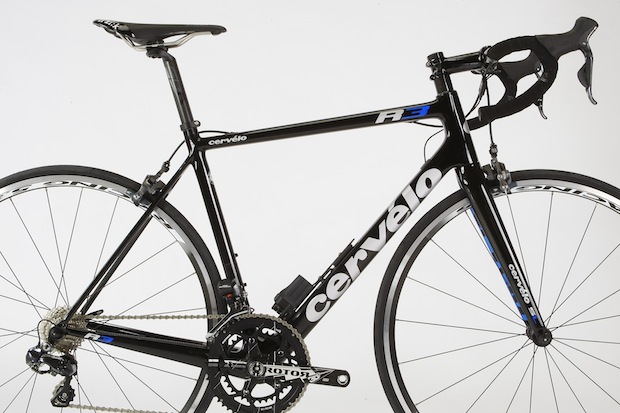 By increasing head tube length, it allows fewer or no spacers to be used, which ultimately increases stiffness, and makes the front end look a lot cleaner. In the case of the head tube being too long to achieve a low, aero position, a negative-rise stem will solve that issue. Balancing stiffness with compliance is a never-ending debate within the industry, and one place that is often agreed upon for achieving this is at the head tube.

With 1 1/8 inches still being the standard size for the upper headset bearing, many brands went up to 1 1/2 inches for the lower bearing to maximize stiffness. Increased stiffness was indeed achieved, but often the trade-off was a jackhammer experience on your hands. Cervelo and others found 1 3/8 inches to be the right balance of front-end rigidity without a hammering effect. A very notable and welcome addition to the R3 is the inclusion of internal cable routing that is easily interchangeable to accommodate either electronic or mechanical drivetrains.

THE PARTS
In addition to being available as a frame set for $2000, the R3 comes in two Ultegra build options: a mechanical version for $3750 or Di2 for $5000. Just as the R3 received a dose of technology from its higher-priced siblings, Shimano’s latest Ultegra updates give it performance on par with Dura-Ace Di2, albeit with a slight weight penalty. One of the coolest new features of the Ultegra Di2 group is the option for an internal battery. Unfortunately, Cervelo opted for the much less visually appealing externally mounted battery on the R3. 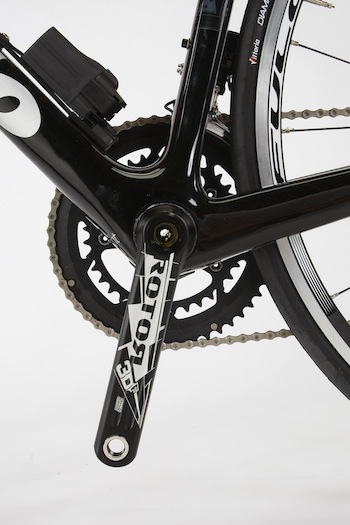 Other than the drivetrain differences in the two models, the rest of the build is the same, which includes the Italian-built Fulcrum 5.5 aluminum wheels wrapped with Vittoria Diamante rubber, a Fizik Antares saddle and Rotor 3DF cranks with semi-compact gearing. The 52/36 chainrings are becoming a favorite with us since they allow for enough top-end gear to be race competitive, while the 36-tooth inner chainring makes a noticeable difference over a standard 39-tooth chainring on the climbs. 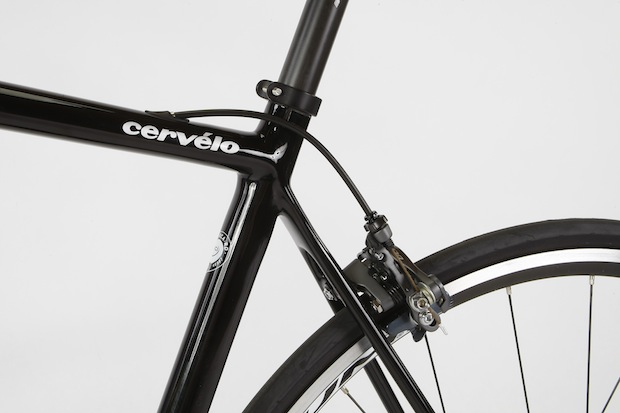 THE RIDE
As big fans of the R5’s unreal power transfer and downhill handling, we had to manage our expectations going into our time on the R3, since even though the frames look identical, there is an enormous price gap between them. One of the biggest things we want in a race-inspired bike is an efficient, connected feel-from the front end to the bottom bracket and back to the rear wheel. Surprisingly, the R3 felt very close in power transfer to the R5 we’d previously ridden, but without doing a side-by-side test, it’s very hard to distinguish a difference between the two. Quick accelerations, like sprinting up a short climb or jumping hard out of a corner, are inspiring on the R3 due to the instant feedback you get in speed.

Regardless of whether you race or not, its responsiveness is a feeling that can become addictive. Longer climbs expose the difference between the fantastically light R5 and the R3’s 16.1-pound weight, but when keeping in mind the price range, the R3 still falls below the majority of its competition in weight. When throwing some rough or even dirt roads at the R3, ‘comfort’ would be the wrong word to describe it; rather, it’s more like ‘adequate compliance to achieve performance,’ as one tester put it. The slender seatstays achieve their purpose of thwarting much of the smaller road chatter and reducing the impact of the bigger hits. 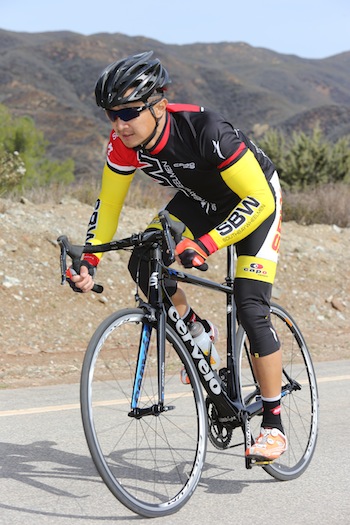 THE VERDICT
In its latest updated design, the R3’s aerodynamic improvements could be important for some. But, what’s most important for us is the fact that Cervelo achieved those gains in a way that didn’t take anything away from what has made it special since its introduction in 2005. With more performance than what just about anybody who doesn’t make a living riding a bike needs, it’s literally an elite-level ride that comes at a real-world price. The $3750 mechanical Ultegra model isn’t going to be the least expensive bike on the market with that build, but it’s without a doubt one of the highest-performance bikes in that price range.

PUNCH LINES
? A little more aero without a downside
? WorldTour design at a real-world price
? External battery is an eyesore