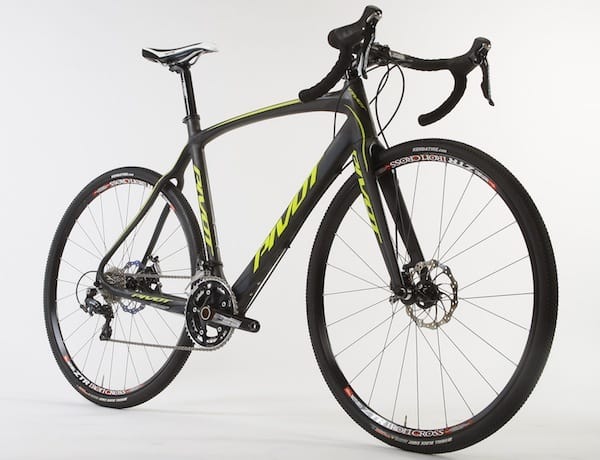 Up until now, Pivot has remained in the fat-tire world of mountain bikes, specifically suspension mountain bikes (hence the name). As the new market of gravel riding emerged, Pivot decided to step into the drop-handlebar arena with the Vault, a multipurpose, do-it-all gravel and cyclocross bike.

THE FRAME
With its unidirectional carbon tubes flowing from one to another free from abrupt edges, the Vault is easy on the eyes. But even with the clean lines, we’re reminded that the Vault wasn’t designed with just looks in mind. Two of the most critical points that affect frame performance-bottom bracket and head tube-are about as robust as anything out there. Where many road bikes now opt for a slightly smaller head tube diameter than the Vault’s 1 1/2-inch (lower) diameter, the greater air volume provided by the 35c tires and the fact that they’re run at a lower pressure, which provides a type of pneumatic suspension, makes for a potentially stiffer-riding front end a non-issue when it comes to comfort.

The bottom bracket itself is a BB386EVO that utilizes 30mm crank spindle with a 86mm-wide shell instead of BB30’s 68mm width, which allows a greater surface area for large-diameter tubes to intersect. When designing the Vault, Pivot decided that versatility was the best approach and made it compatible for disc or cantilever brakes, adjustable rear-wheel spacing (130 or 135mm) to accommodate either brake option, and electronic or mechanical shifting. 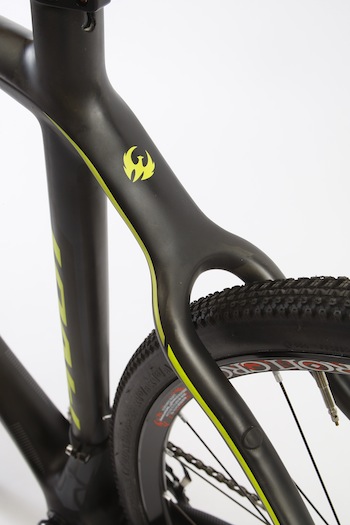 Thanks to recessed brake bosses (for cantilevers) that come with plugs to cover them on the frame and fork, when using disc brakes, there is no appearance woes of protruding brake bosses to spoil the bike’s aesthetics. Although the Vault’s geometry falls closer in line with ‘modern cyclocross’ numbers due to a 72-degree head angle and lower bottom bracket height, it has everything required to make it a jack of all trades on the ‘cross course or on a gravel adventure.

THE PARTS
Overall, the Vault comes quite well-equipped for any cyclocross racing or gravel travails you decide to tackle. As you’ve probably already heard, the Ultegra 6800 11-speed closely resembles the Dura-Ace 9000 group in features and performance; it’s one of the best values that can be had. Stan’s NoTubes delivers a quality Iron Cross wheel that is ready to turn the Kenda Small Block tires tubeless with the addition of a valve stem and sealant.

As far as tire clearance goes, a 38c was the largest tire we could get away with, since a 40c knobby we tried wouldn’t quite clear the chainstays. Pivot calls upon FSA for the Gossamer crank with a traditional cyclocross gearing of 46/36-good for ‘cross, but not our 50/34 preference for all-around gravel riding. As for the brakes, TRP’s powerful dual-mechanical/hydraulic discs are used with 160mm rotors. Stopping power was one thing never in short supply. 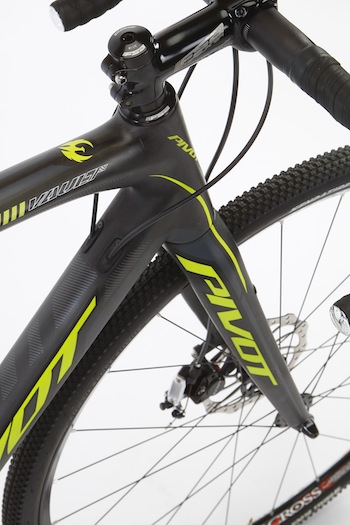 THE RIDE
Before venturing out too far, we did a tubeless makeover for increased insurance over flat tires-15 minutes and 30 ounces of Orange Seal sealant later and we were off. Unlike some of the extra-long wheelbase and relaxed geometry of some gravel bikes, which makes them comfortable and stable for the long haul if not sluggish when wanting to ratchet up the pace, the Vault is definitely fun to ride when wanting to go fast, thanks to frame stiffness that rivals many of the better road-racing bikes.

As far as compliance goes, the seatstays use a flatter profile to aid in the damping, but surprisingly it uses a 31.6mm-diameter seatpost rather than a smaller, more forgiving 27.2mm. Even with the larger diameter post, testers didn’t complain about a rough ride. But once we traded out the stock post with one made to allow a nominal amount of rearward flex, we realized the extra compliance that could be had. Descending on the Vault was a blast, even when venturing onto roads and trails best suited to mountain bikes, and this is where disc brake acceptance happens in an instant. Even though the brakes aren’t fully hydraulic, they had an incredibly smooth feel with more than ample power, allowing us to navigate sections that weren’t previously rideable with cantilever brakes.

THE VERDICT
We like the fact that options abound with the Vault, making it so you’re never locked into one single brake or shifting system. Although once you go disc, you’ll never want to go back. The Vault might not be pigeonholed into one single subcategory, but its frame features, without a doubt, put it more in the performance realm than that of just an adventure offering. Something we would have liked to see from a company with its roots in mountain bikes is a thru-axle front fork. The added stiffness and security of a better axle/fork integration could have been a big selling feature, and although some are already offering it, Pivot could have beaten many to the punch. Straight out of the box, the Vault is nearly ready to handle whatever you throw at it-on and off the racecourse. 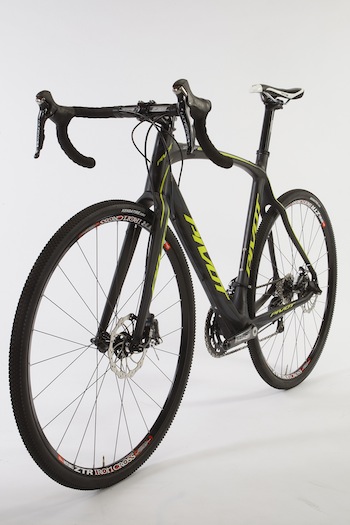 Bike of the Week: Colnago C64