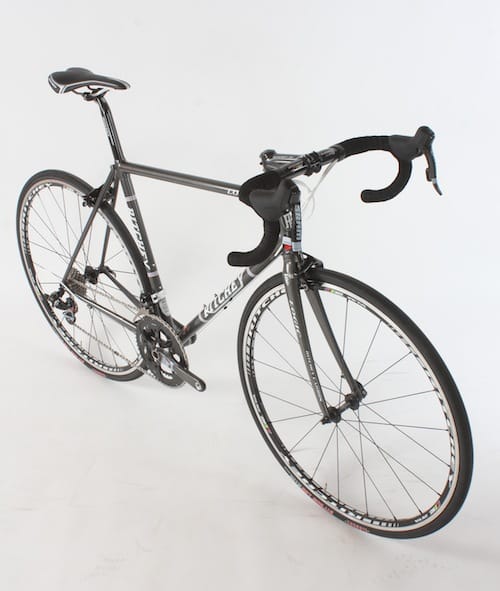 Assuredly, we’ve all seen and heard the bumper-sticker slogan touting the fact that ‘steel is real.’ Though the slogan is vague enough to prevent any real meaning taken from it (steel is also old), steel remains a constant in the bike world. Well, at least as it applies to building frames-after all, when is the last time you heard anyone brag about their new steel handlebar or crank? While Tom Ritchey can be accused of many things, being ‘trendy’ is not one of them, nor would ‘fashionable’ be a word used to describe the pioneer frame builder in any way. The best evidence of this can be found at annual trade shows where the Ritchey booth continues to showcase their ‘new’ models, and every one of them is made from steel. 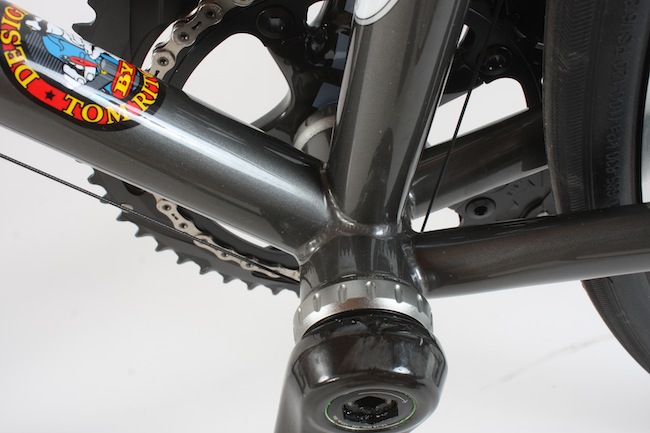 THE FRAME
Like ‘wind-tunnel-tested,’ the word ‘pioneer’ is one that has been so overused in the bike industry as to have lost much of its practical significance. And, let’s be honest, with steel frames having been ridden for the last century, it’s with a very light touch that the title be applied to a contemporary steel frame builder. Nonetheless, it’s fair to consider Tom Ritchey a pioneer. Ever since he first took up the torch as a teenage frame builder 40 years ago, the man has been obsessed with perfecting the material and finding new ways to make steel frames perform better. History buffs, especially of the mountain bike ilk, will easily recall the days of yore when Tom Ritchey’s steel frames ran roughshod over the shiny, stiff and fashionable aluminum frames that had found near total favor in the early ’90s. Soon enough, the oversized aluminum frame revolution would spread to the road where it would displace the time-proven steel frame. Steel may have been real, but for all intents and purposes, it was dead as a performance frame material. Tom wasn’t listening. His ‘new’ Logic Road frame (for now) represents the pinnacle of Tom’s thinking about steel. More precisely, it’s the head tube on the frame that’s got Tom all excited. Ask yourself, when’s thelast time someone you know got excited about a head tube? This is Tom Ritchey.

Following years of name association with Tange as a tubing supplier, Tom has now found his own vendors in Taiwan to produce his own tubing (Tom is no longer building the frames himself). The Logic frame’s main triangle is thus made up of triple-butted Ritchey Logic tubing with what Tom refers to as ‘aggressively’ short-butted sections to provide both improved weight savings and ride quality. The fine TIG-weld beads, fastback seatstays and reinforced seat collar are all classic Ritchey touches. Ah, but the integrated head tube, this is the big talking point. Basically, what Tom is so excited about is the new design and manufacturing process (the tube is forged and machined versus drawn and machined) that allows the head tube to be uniquely manipulated to create a 1 1/8-inch steerer that maintains the light weight of a head tube for a 1-inch steerer. According to Tom, he has been working on this feature for a few years now, and the result is close to an 80-gram weight savings. 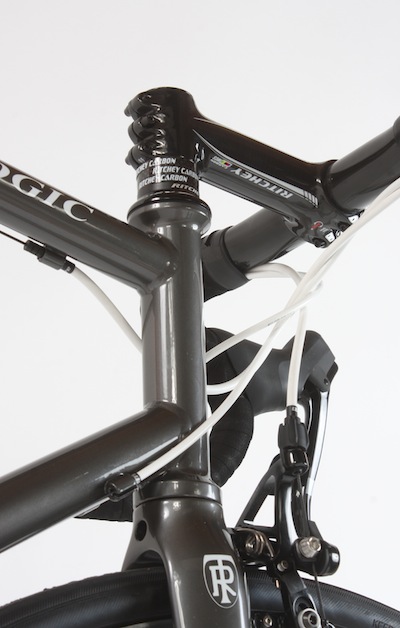 THE PARTS
Besides his history as a frame builder, Tom has also been a prolific component designer. Looking back at the ’90s, you’d find full-model line-ups from various manufacturers all spec’ing Ritchey pedals, cranks, wheels, handlebars and saddles. His accessory business was huge. As such, our test bike was outfitted with a range of Tom’s name-brand parts, each that worked capably, but only one that caused us grief-the C260 stem. Assuredly, it is the type of stem that would make any critical-thinking engineer happy for its weight, design and purpose, but for a bunch of hacky journos, everything from the small, rear-facing bolts and 260- degree handlebar wrap just seemed designed to aggravate the rider. In his one bow to modernity, Tom spec’d his own carbon fork.

THE RIDE
While it’s true we don’t test a lot of steel bikes, it’s certainly our hope that, as much as they have been raised as a topic of conversation, we have done a decent job touting their ride quality. Still, keep in mind that, as with carbon, it’s not a simple equation of just using the material, but how it is used that has the biggest bearing on ride quality. Tom’s Logic tubes are among the most refined on the planet, so the ride quality is leaps and bounds above some janky bike built with straight gauge tubes. The bike was surprising to some first time steel users, not only for how stiff the small-diameter steel tubes proved to be, but also how comfortable the ride was. There were some carbon frames on the RBA lunch ride that were downright harsh compared to the Ritchey. While that might work for some, a super-stiff frame is not a universally appreciated attribute. 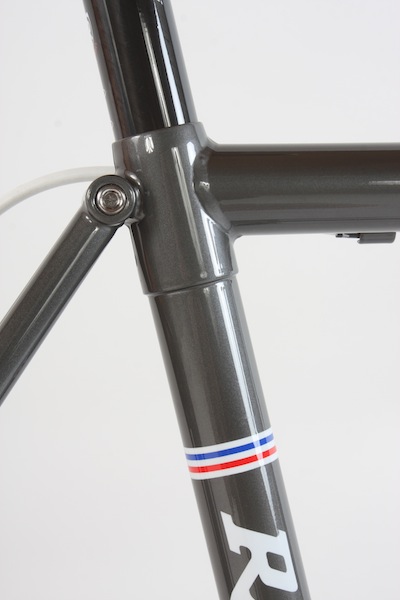 THE VERDICT
Despite its rather dour appearance, especially compared to the more vibrant Ritchey mountain and ‘cross bikes, the Logic road bike is a perfectly sensible alternative to the higher-priced carbon bikes that have flooded the market. At the end of the day, we have more faith in the performance and ride quality of a well-designed and properly manufactured steel bike than a cheap carbon bike whose sole reason to exist was to hit a cheap price point.