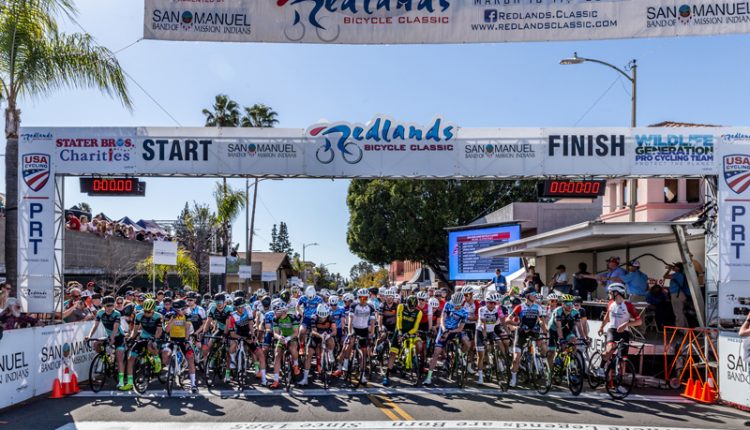 The Masi Evoluzione used by Kenda/5Hour Energy team to control the weekend racing is available in six sizes and four different versions ranging in price from $2000 (SRAM Apex) to  $6500 (Shimano Dura Ace). 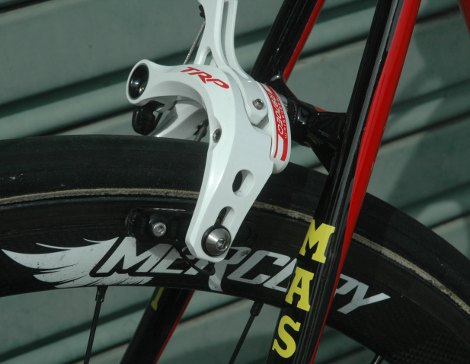 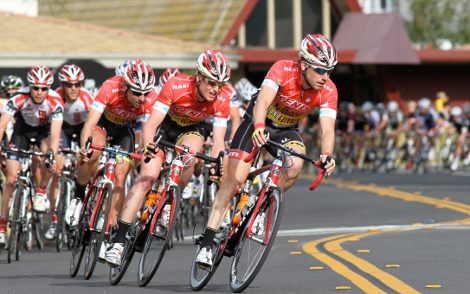 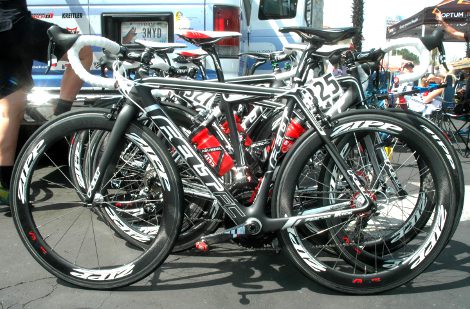 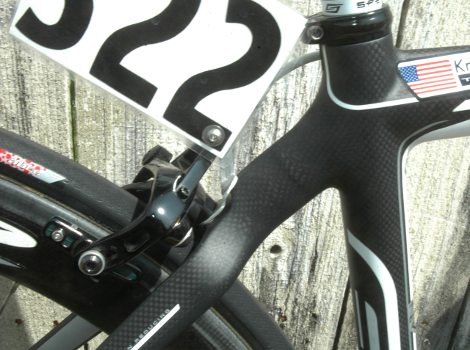 A small deal most relevant with racers was the prototype number plate holder that came from the crafty aluminum benders who bring you the popular K-Edge chain catcher. 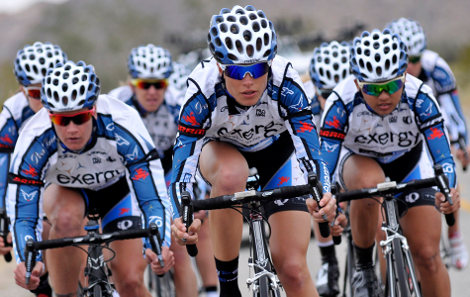 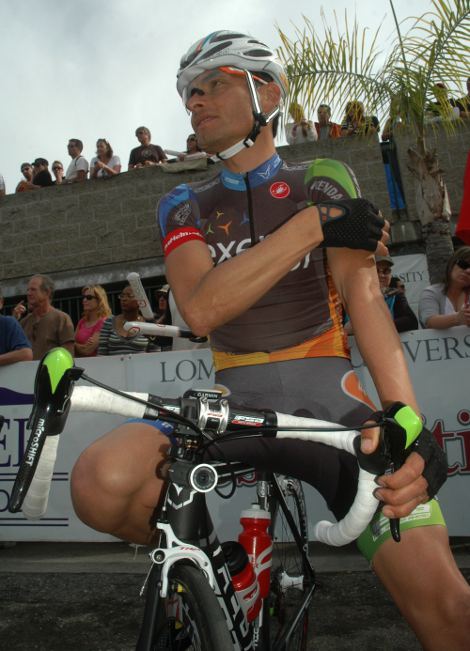 Speaking of the Exergy team, the men’s team has been joined by former 3-time National Champion & Giro stage winner Freddy Rodriguez who has returned to racing full-time. Besides his trusty Garmin monitor, Freddy, who finished 2nd in Friday’s road race, also mounted a camera to his handlebars to capture all the fast paced action of the 90 minute criterium. 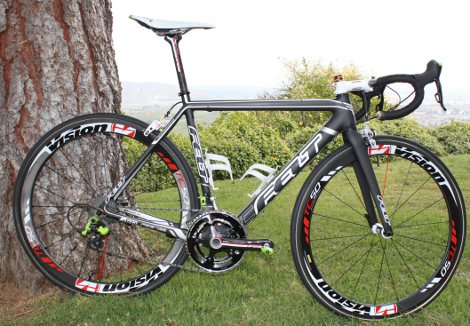 The Felt team bikes are outfitted with the full FSA treatment, from stems and handlebars to the crank and in-house developed Vision wheels. 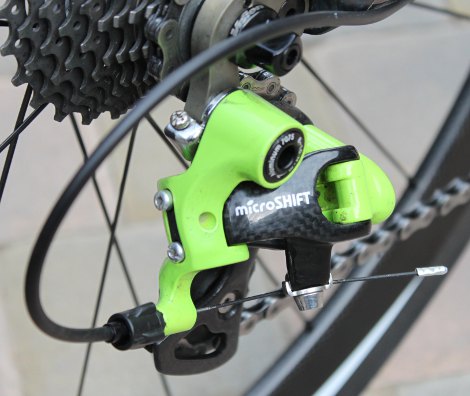 For the second year running, the Exergy men’s team also runs with a Microshift drivetrain which has been developed by FSA. 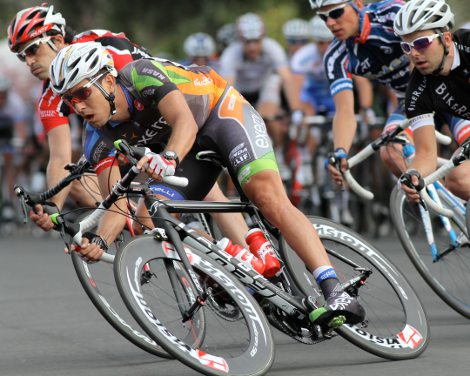 Layin’ it in on the Team Exergy Felt FC. 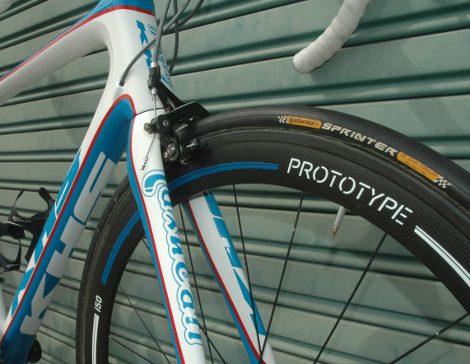 The Continental Sprinter tires were mounted on some prototype carbon hoops from Inertia Racing Technology. 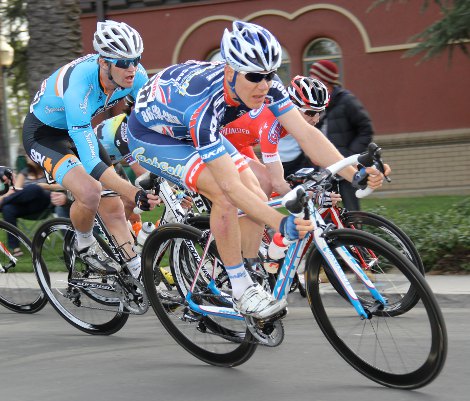 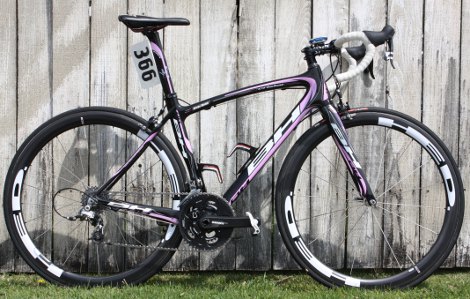 This is the BH Cristal ridden by Alisha Walsh of the Primal Wear/May My Ride team. You’ll find more HED Stinger wheels, FSA stem, handlebars, brakes and cages, a Dash saddle, and SRAM Force drivetrain with a Quarq power meter. 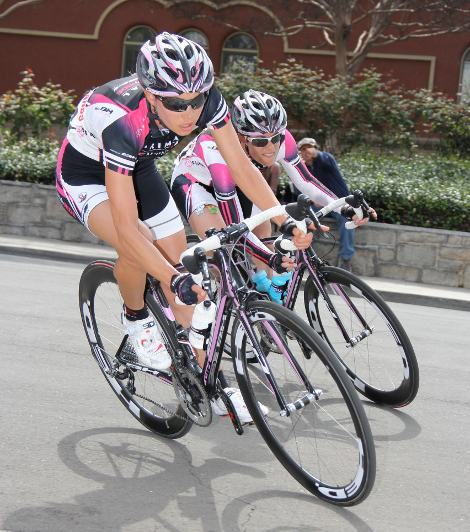 The Primal Wear/Map My Ride team in action. 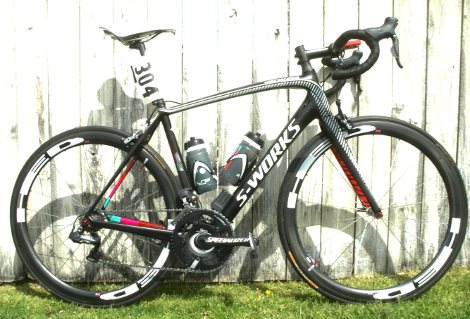 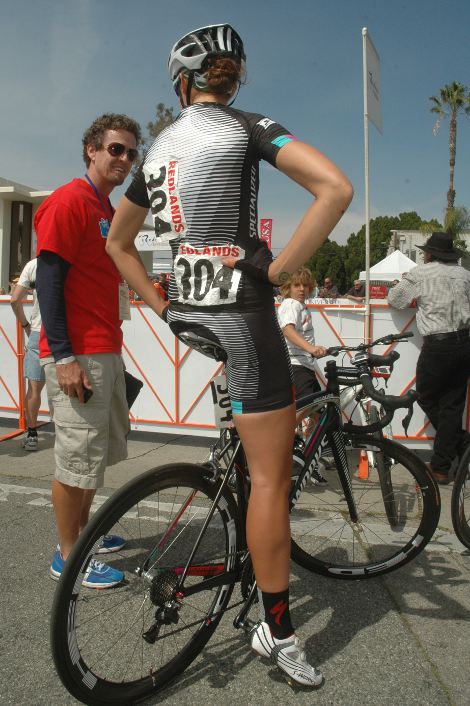 Although it probably wasn’t the weekend she had hoped for, Ally Stacher still rode well and finished 14th overall. 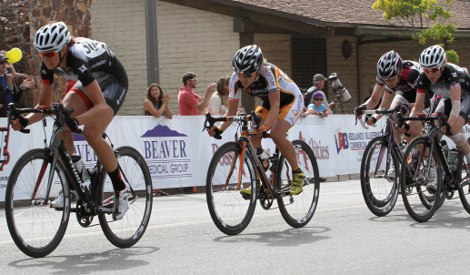 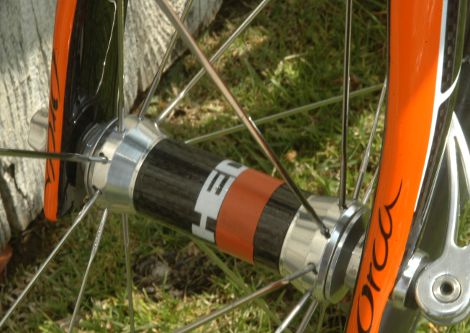 The carbon and aluminum Sonic hubs (w/Sapim spokes) used on the HED wheels are beautifully crafted. You can find an full family of Hed Stinger wheels ranging in price from $2100-$2400 for a pair. 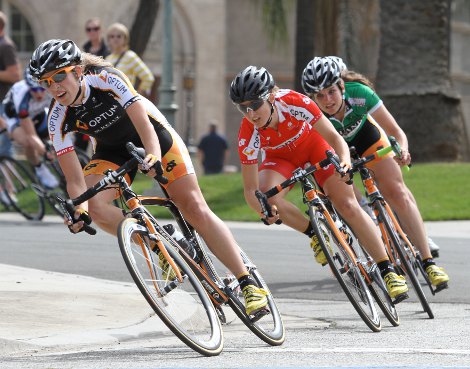