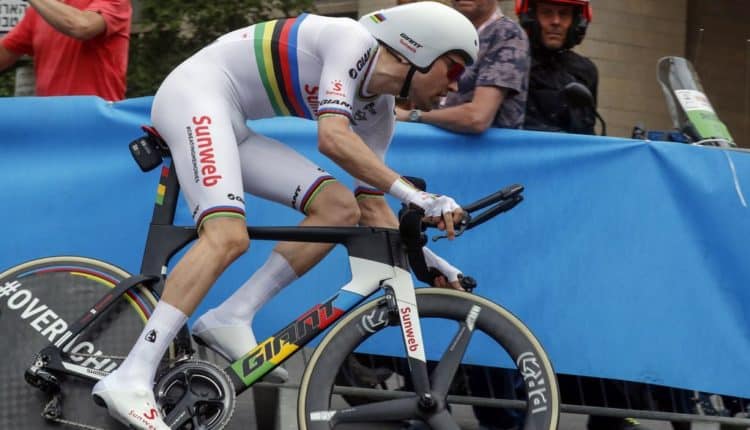 RBA/AFP – Tom Dumoulin said a more relaxed mindset was what delivered him glory on the opening stage of the Giro d’Italia in Jerusalem on Friday. The 27-year-old Dutchman had not won a race all season in a remarkable dip in form since his stunning 2017 when he won this race and also became world time-trial champion.

But the Dutchman began his Giro defence in commanding style with victory on the opening 9.7-kilometre time-trial around the streets of Jerusalem, and afterwards put it down to a more laid-back approach. “In the spring I was too focused on the result, on racing. I didn’t know why I would win or why it was cool to race my bike, I was just living with the result,” said the Sunweb team leader.

“Now I’m enjoying the moment. I did also some tourist stuff the last days and I saw that it doesn’t have to affect the result on the day itself. “I took my time to enjoy a few things. “But in the end, it’s my dream to be here.”

Dumoulin, who edged out Australian Rohan Dennis and Victor Campenaerts of Belgium by just two seconds, put a surprising amount of time into race favorite Chris Froome. The four-time Tour de France winner could manage only 21st, some 37 seconds behind Dumoulin, although he was hampered by a crash in a morning training ride. And Dumoulin believes that made a significant difference on a technical, windy course with short, sharp hills.

“Of course, if you crash in recon it doesn’t make you very confident for the real race,” he said of Froome. “Definitely he lost a bit more time in the corners than he would normally do.

“Yes, it’s very unfortunate for him, I didn’t expect to take so much time on him and on the other GC riders.” Dumoulin has no intention of holding onto the race leader’s pink jersey for the entire three weeks of the race, though. “We are not planning on defending it whatever it costs. “It’s going to be three hectic, difficult, hard weeks. We will see what happens over the next days but we’re not going to defend it with everything we have.

“But for sure we’re in a good situation now and we don’t want to lose this situation to any GC rider.” 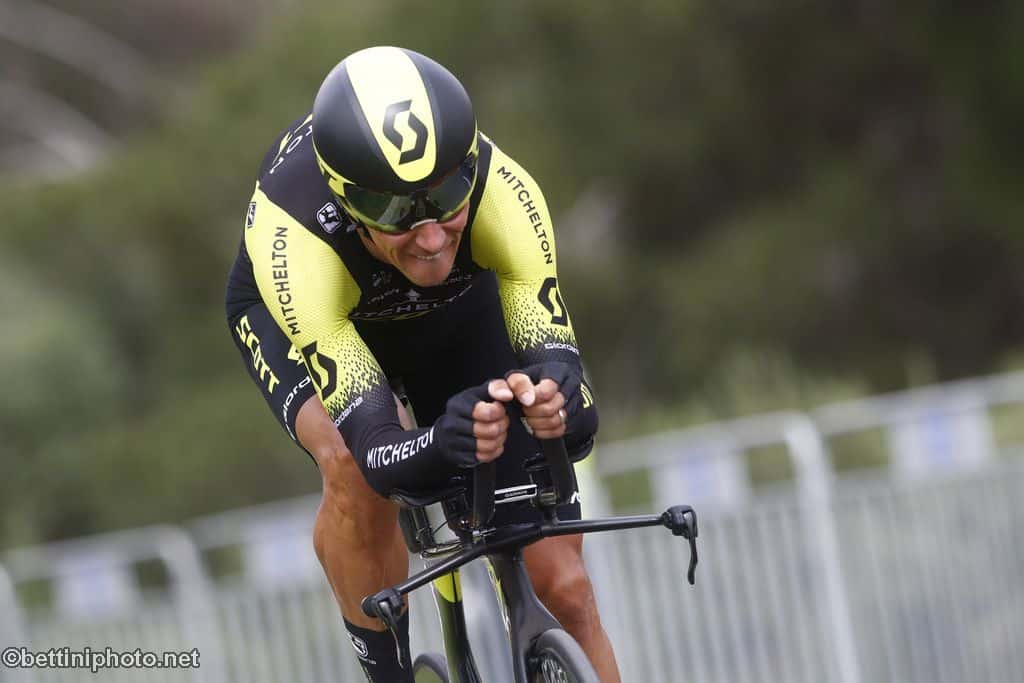 The closest potential overall contenders to Dumoulin were young Briton Simon Yates, who was 20 seconds behind in seventh, and Domenico Pozzovivo of Italy, 10th at 27sec. “It’s my first top 10 in a time-trial and I’m really happy with that,” said Yates, 25, who rides for Australian team Mitchelton-Scott. “I was pleasantly surprised to make time on some guys, I wasn’t expecting that. I was always expecting to lose time!”

As for Froome, he said he had not injured himself badly in his crash, unlike Belarussian Kanstantsin Siutsou, who failed to make the start after cracking a vertebrae in a training crash. “I just lost the front wheel in a corner. I was testing a corner at race speed, at around 20 or 30kph,” said Froome, 32, in quotes published on his Sky team’s website as he didn’t speak to journalists after the stage.

“I’m not relying on TTs to try and win this Giro with Tom here. He did a great ride today — to come here and win out of the box like that is seriously impressive. Congrats to him.” He added: “A crash is always going to hurt but I’m just glad it wasn’t more serious. Obviously I saw what happened to Kosta (Siutsou) who is in hospital — so I’m just glad I’m not more injured after today.” 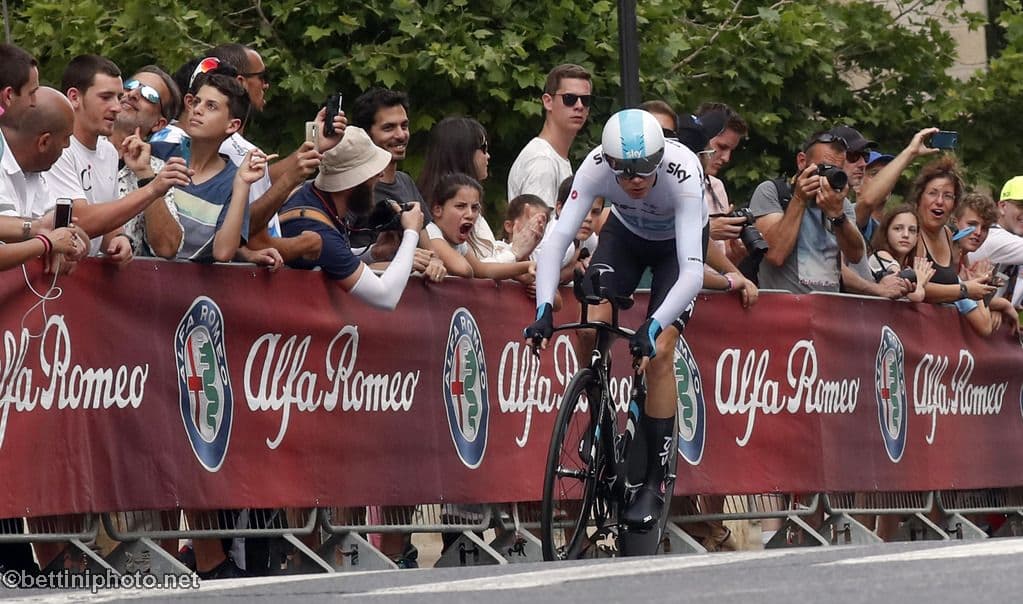