Viviani honing his form ahead of Vuelta

Olympic champion Elia Viviani warmed up for the Vuelta a Espana by defending his Cyclassics title, an event watched by an estimated 250,000 people on the streets of Hamburg on Sunday. The 29-year-old Italian crossed the line first after a blanket finish at the end of the 216.4 kilometer-long course in the UCI World Tour one-day race. The Quick Step rider finished just ahead of Frenchman Arnaud Demare (FDJ), who was also second behind Viviani in 2017. Norway’s Alexander Kristoff (UAE) claimed third with Germany’s John Degenkolb (Trek) fourth.

Viviani, the omnium champion at the  gained a confidence boosting victory ahead of the Vuelta, which starts on Saturday, as he bounced back from finishing 20th last Sunday in the road race at the European championships in Glasgow. World road race champion Peter Sagan came 10th, while his Bora teammate Pascal Ackermann, Germany’s national champion, crashed two kilometers from the finish and injured his shoulder.

Hamburg police estimate 250,000 spectators lined the course to see the race which also included 18,000 cycling enthusiasts who rode along with the elite field.

The race kicked off a big week for cycling in the country as Tour de France winner Geraint Thomas has star billing for the Tour of Germany, which starts in Koblenz on Thursday. 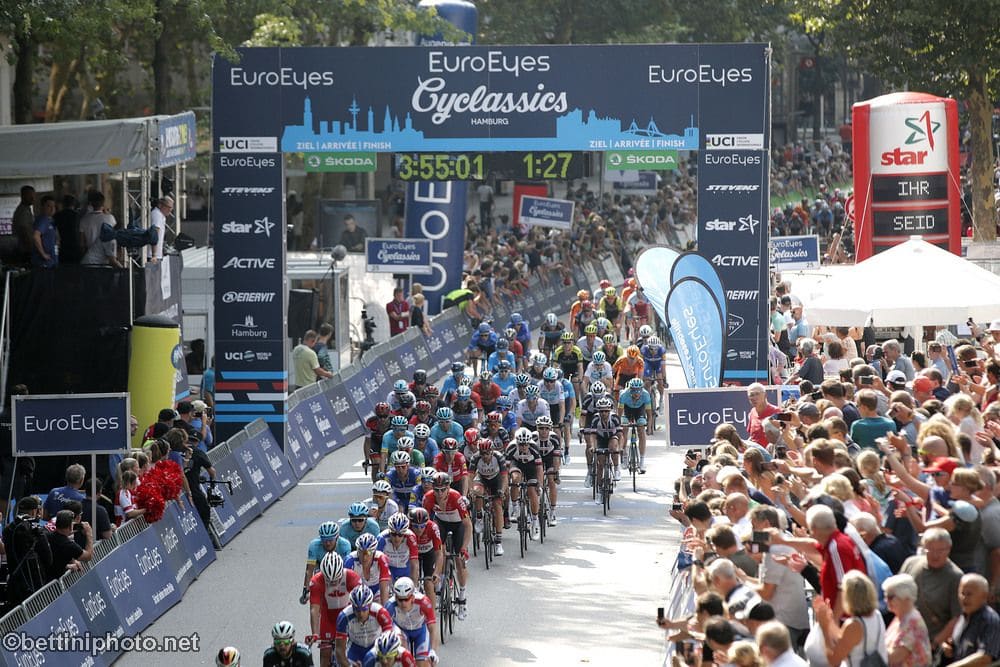 Sagan and Viviani warming-up for Vuelta in Germany