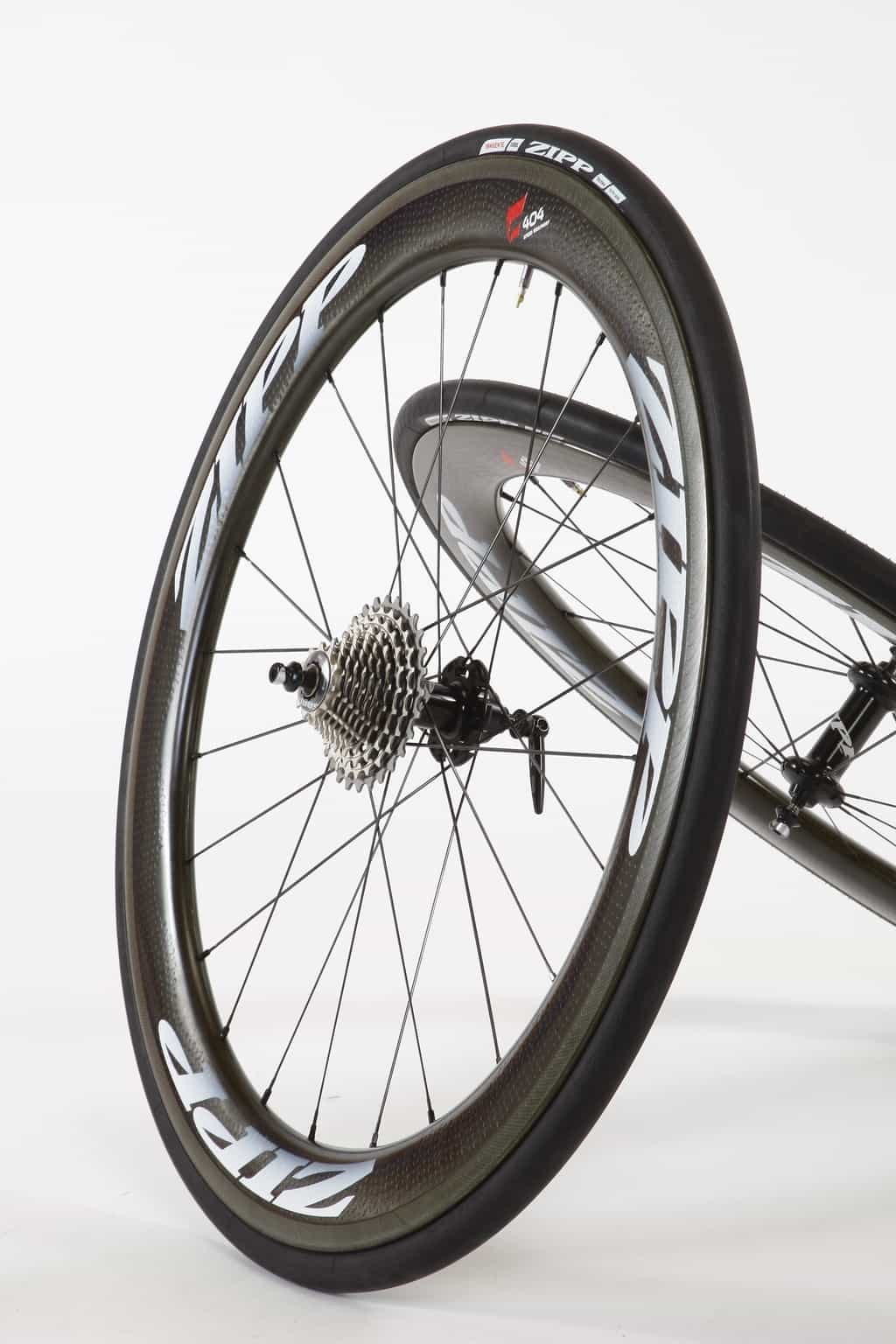 When Zipp first introduced the 404 Firecrest Carbon Clincher rim in 2010 they single handily turned the wheel business on its head due to the superior handling and aerodynamic improvement provided by the wide Firecrest rim shaping. Since launching the Firecrest 404, Zipp has added Firecrest versions of the 808, 303, and the 202. Now, the 404 Firestrike Carbon Clincher makes further gains from the Firecrest design in handling from side forces and an improvement that anyone can appreciate, better braking in the wet. As of now the 404 Firestrike are a limited production that come stock with ceramic bearings and a very high-end $3,600 price tag. The set we received for review weighed 1,627 grams for the pair. 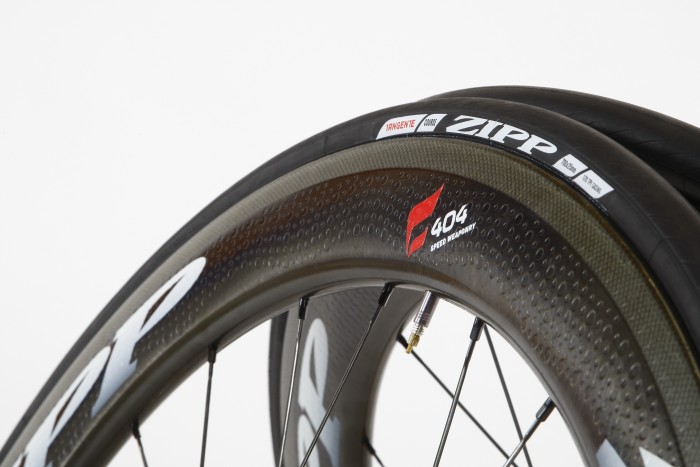 Even though the 404 Firestrike retains the same 58mm depth as the 404 Firecrest, rim width increases to 26.4 (outside)/17.25 (inside), and 27.8mm at its widest point. The changes in rim shape give it a claimed 34% decrease in side forces, meaning that handling is a whole lot better in the wind. Improved handling is always welcome in a wheel of the 404’s depth, but most impressive is what they’ve done to the braking. A new brake track called “Showstopper” uses a silicon carbide surface along with a molded in pattern aimed at taking braking power in the wet up to the level of an aluminum rim. As far as cosmetics go, the graphics are printed onto the rim instead of stickers that can easily be scratched. 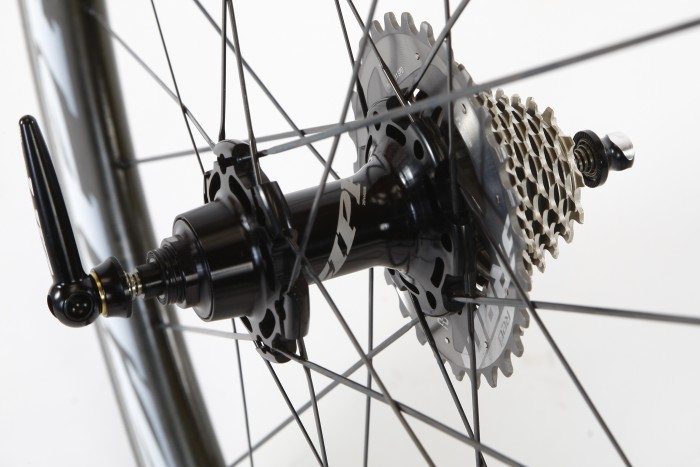 A new rear hub is used on the Firestrike that still uses a virtual 3X spoke pattern that was developed with the help of sprinter Mark Cavendish, but eliminates the bearing pre-load adjustment that tended to cause some frustration. Both the front and rear hubs feature ceramic bearings and Sapim CX-Ray spokes. 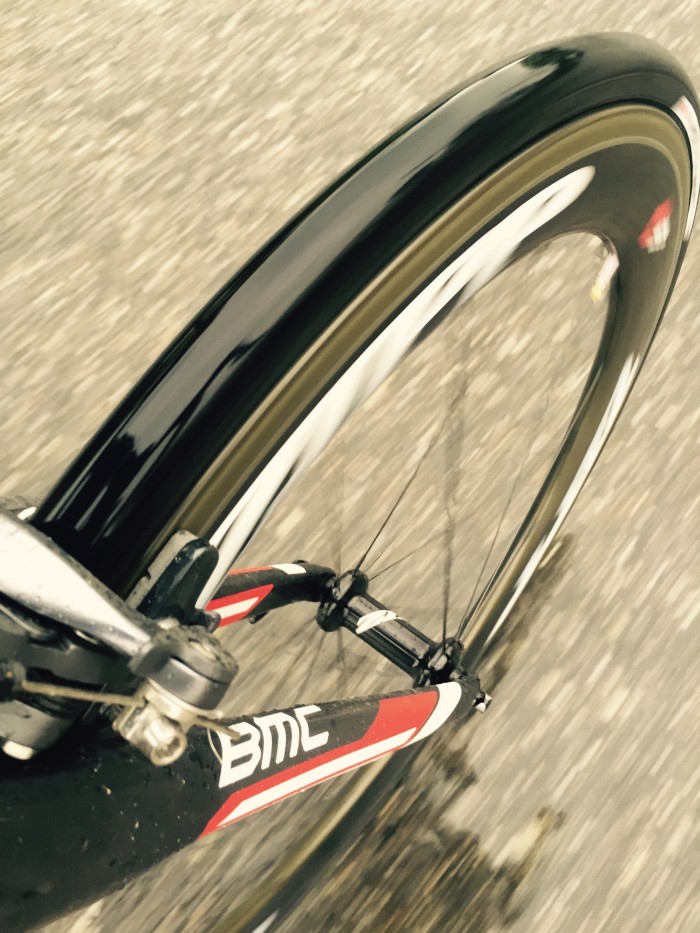 After 400 miles and one full-on rain ride we were able to get a good feel for the 404 Firestrike. With weight nearly unchanged from the 404 Firecrest, and aerodynamics being equivalent, it really came down to the feel in windy conditions and the braking performance. Zipp, and some other wheel brands, have done a good job in closing the gap in brake performance between carbon rims and alloy rims. In most cases we feel carbon rims brake as good as alloy when it’s dry, but when the umbrellas come out it’s a different story. The 404 Firestrikes were impressive in the wet with a strong, consistent feel that was modulated. The silicon carbide brake track surface didn’t seem to accelerate pad wear of the provided Tangente Platinum Pro Evo Brake Pads. In the wind, the 404 Firestrikes are surprisingly easy riding considering their 58mm rim depth. We would get flutters of movement in cross winds, but no harsh, jerky wind-grabs that can end up being unnerving.