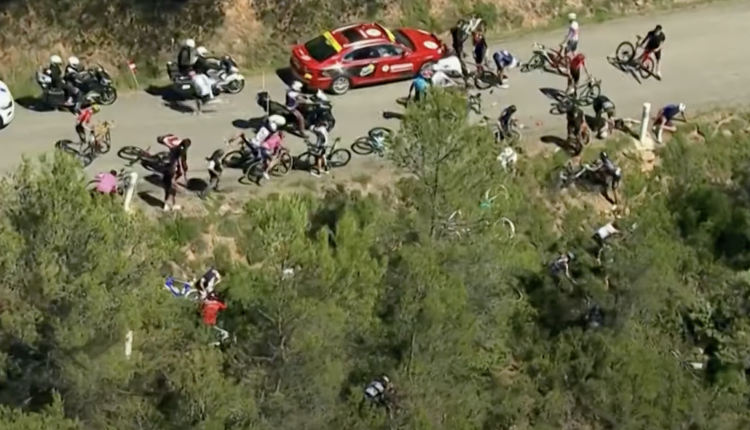 Simon Yates has pulled out of the Tour de France after a nasty mass-crash caused by gravel brought around 30 riders down some 38 miles away from the Carcassonne finish line on stage 13. Yates of BikeExchange looked dazed and badly grazed and was one of the last men to remount and try and ride off his knock, but the British Olympic road-race hope was in too much difficulty and withdrew within 10 minutes of the accident.

The fall was caused by gravel on a corner with Geraint Thomas also hitting the tarmac, with others taking a frightening roll down a grassy ravine that made way to a deep drop into a river.

Lotto’s German rider Roger Kluger was so badly grazed in the mass fall he also had to pull out while other riders who had tumbled into the grassy ravine struggled to clamber back up with their bikes.

The 2021 edition of the Tour has been blighted with falls with stage 1 hit by a sensational spectator-caused mass pile up and stage 3 hit by a series of nasty tumbles. 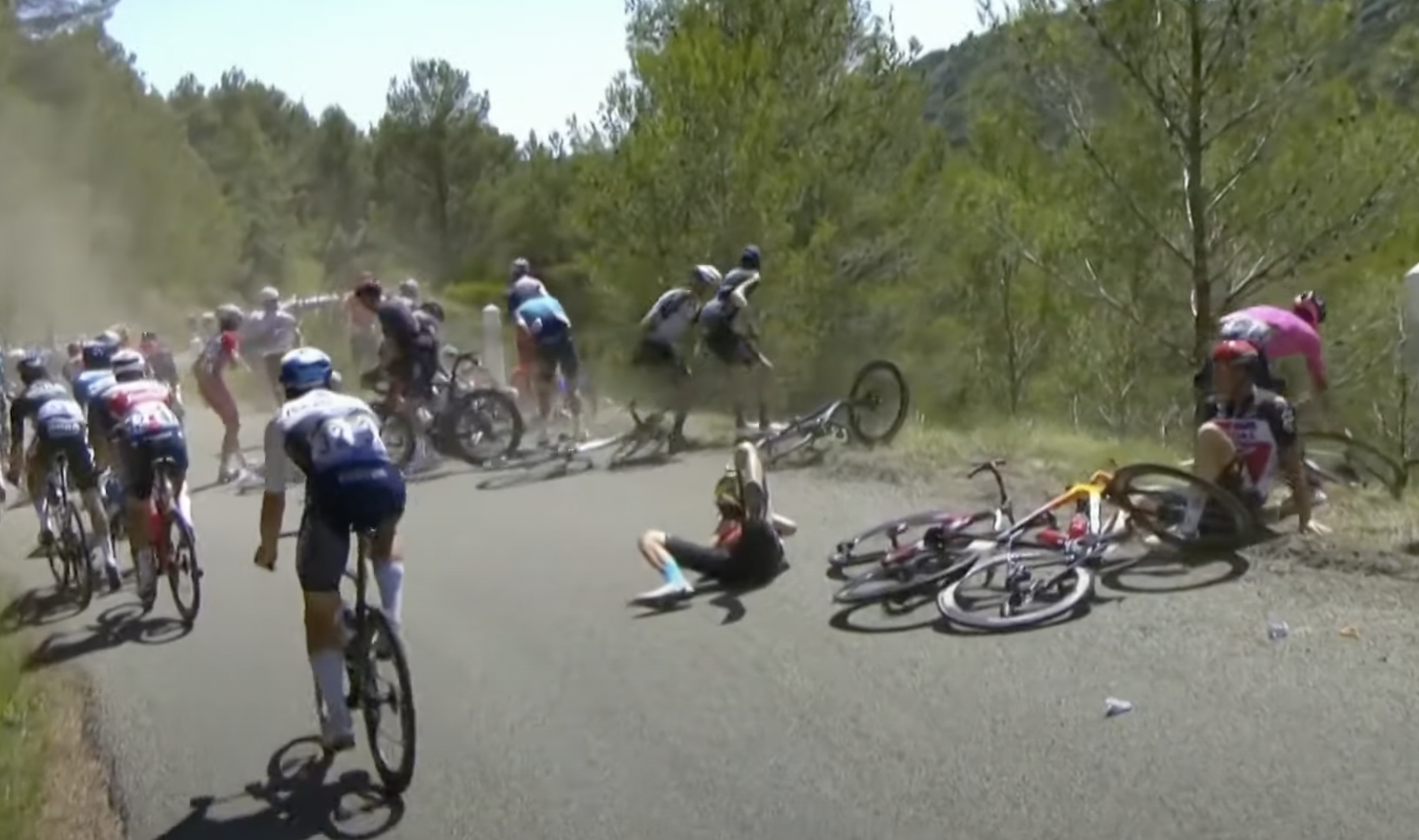