Superbike champions Ben and Eric Bostrom take up the pedals 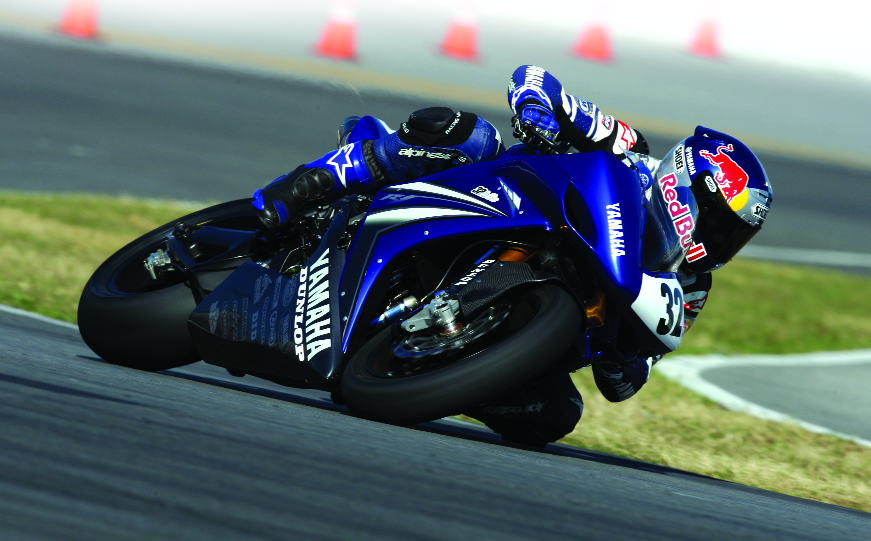 Los Gatos Road is so steep you wonder how the pavement sticks to it. You would think that in the summer, the asphalt would melt and all slide into a sticky pool of tar at the bottom.

Motorcycle road racer Ben Bostrom loves to ride it-but on a bicycle. ‘That’s one of my favorite climbs,’ he says smiling. ‘But I won’t take anyone up there without apologizing first.’ Ben and Eric Bostrom have quite a number of good climbs around their De Luz, California, hideout. Both Bostrom brothers are from Vegas, but about ten years ago they purchased a place on 30 acres in the hills between Temecula and Camp Pendleton as a way to get away from it all. These days, getting away is usually done on the seat of a bicycle.

It wasn’t always like that. Back in 1999 Ben was the reigning U.S. Superbike champion, which is the premier title in American motorcycle road racing. ‘I didn’t even think of bicycling for training. Eric took me mountain bike riding once, but he almost killed me before we even got to the dirt. I’d never been clipped into pedals before, and I fell over right in front of a car. I didn’t get hit, but it kind of soured me on the whole bicycle thing.’ That changed in 2002 when Honda hired Ben to go for the World Superbike Championship. ‘Miguel DuHamel worked with Carmichael Training Systems and was really pushing the fitness thing. They were all about training on a bicycle for road racing, and they just kind of saw me as a slacker. So I tried a road bike. I loved it.’

Both Bostrom brothers discovered that training on a road bike gave them an edge on a motorcycle. ‘You wouldn’t think it would be that important-road racing on a motorcycle is all about upper body strength. Your legs don’t do much of anything. But you really have to concentrate. If you’re in shape, your mind works better.’

Ben’s program reached another level when he lived in Lago di Como in Italy. He used that location as a base of operations for his assault on the World Superbike Championship. As it turned out, that’s a hub for pro bicycle racing in the region. ‘I got to know Brent Copeland, who runs a bike shop in town called Rullobike. He was also the manager for Team Lampre. He set me up to ride with some old guys to train with; 40-, 50-and 60-year-old-riders. I thought, how hard can that be? As it turned out, they were old pros. On my first ride, I was hanging on in the back, and felt like I should take a pull just because of guilt. It was the worst possible timing. The road went straight uphill. The old guys dropped me.’

After that, Ben became obsessive about bike training, routinely spending whole days in the saddle during the week. On the weekends, he usually was traveling to a different country for a Superbike GP. When he finally got a weekend off from his motorcycle racing schedule, he entered a bicycle race. ‘It was a Pro/Amateur road race that started in Bellagio and went straight up a mountain. The finish was at the Madonna Di Ghisallo, which is this really cool church dedicated to bicycle riders. It has the bikes of all these famous riders in the rafters, guys like Merckx, Indurain and Pantani. Bostrom was wowed by the whole scene. And he won the race. That same year he was invited to ride in the Lampre team car during the Giro di Italia. At the time, the team’s top riders were Damiano Cunego and Gilberto Simoni.

Then he got the same treatment during a stage of the 2005 Tour de France. ‘It was during the individual time trial, so we followed Eddy Mazzoleni from start to finish. It was pretty intense, because they had every inch figured out ahead of time. They would radio to Eddy Mazzoleni that each turn had a certain safe speed limit. I remember noticing that his pedals were getting really close to the ground. Then one of the pedals scraped and he almost ate it. I guess they figured the speed when he wasn’t pedaling.’

In the next couple of years, Ben kept up his cycling, but his road racing career suffered a few setbacks due to injury. In 2005 he broke his back, which put a severe kink in his racing plans for the year. One thing he did get to do was the Silverman, which is a full-length Triathlon in Vegas, including the 112-mile bike ride. He won the bicycle segment, broken back and all.

For 2008, Ben and Eric are riding motorcycles for Team Yamaha in the U.S. That’s what pays the bills. Eric is riding the Superbike class and Ben is on a Superstock bike. That still means there will be a lot of traveling. But more time in the U.S. also means more time for riding the hills of De Luz and a lot of ugly trips up Los Gatos Road.

BICYCLING: THE NOT-SO-SECRET TRAINING TOOL
In the world of motorcycle road racing, it seems that everyone who’s anyone is talking about bicycles. It’s more than a training trend, it’s turned into a badge of honor to do time in the pedals. Here are a few names:
Miguel Duhamel, Daytona Champion: ‘I was probably one of the first guys in the paddock to use cycling for training. I should have been more quiet about it. It’s really important to be fit in motorcycle road racing even though it’s not as physical; it helps you be smarter under stress. I started about 1995, just riding with a friend of a friend. Pretty soon I was hooked. Now I ride four times a week, usually around Red Rock Canyon (near Las Vegas).

Ben Spies, Current Superbike Champion: ‘During the season, my main training is cycling. I’m the guy who in the winter, when it’s 55 degrees and pouring rain, I’m out road biking. Sometimes it gets a little hard-core so I try to do a lot of active stuff where you don’t get burned out on one thing.’

Mat Mladin, Six-Time Superbike Champion: Mladin is such a training fanatic that he has turned it into a part-time business. Mat Mladin and Simon Sostarics’s Insider Training uses cycling as well as other disciplines to improve performance in motorsports of all kinds, focusing on what they call the human side of motor racing.