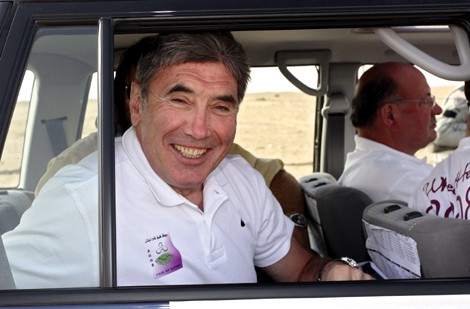 Tour of Qatar Is Here To Stay Says Merckx
The Tour of Qatar has won its place in the international cycling calendar and it could one-day host a Tour de France stage, Belgian great Eddy Merckx believes.

This year’s race, won last week by Belgian powerhouse Tom Boonen, was the eighth edition of an event, which has seen competitive cycling come to the Gulf for the first time.

The 64-year-old Merckx, who many see as the greatest cyclist ever, is convinced that it has gained in strength during that time. “The signs are there – more and more teams want to take part,” he said. “It says something that a champion like Boonen comes each year. He can cover the maximum of kilometers at a decent pace and in ideal climatic conditions.

“When I see the winter weather that has hit France at this time of year, I can only deduce that cyclists are better off here. “As for the Tour of California (starts Saturday) it’s far too demanding at the start of a season with too many climbs. It makes no sense in February.”

“The Tour in Qatar – It’s not for tomorrow, but you can’t count it out,” he said. “Nothing is impossible. Doha is only a four or five hours flight from Nice.” Merckx also expressed his admiration for British sprinter Mark Cavendish who chalked up two stage wins in Qatar. “He really is impressive,” said Merckx. “The way he sprints is quite a phenomena, and he is only 23 years old.” 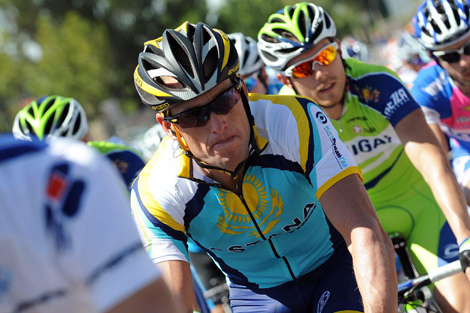 According to Merckx, Armstrong will race in Qatar next year
(Photo: Yuzuru Sunada)

Armstrong Will Race Qatar in 2010
Lance Armstrong will participate in next years Tour of Qatar. This was confirmed by telephone with race director Eddy Merckx. “I had Lance on the line Sunday, clarified Merckx. “I come to Qatar in 2010,” he said to me’ If he had not raced the Tour Down Under he would have ridden in Qatar this year.”

Armstrong had an interview with L’Equipe in which he stated he was going to keep his options open about the length of his comeback. This confirms the 37-year-old looks to continue riding next season. 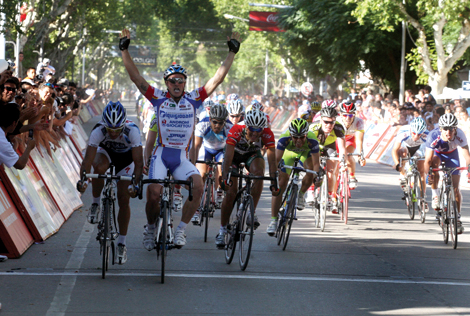 The seven-stage race began in Putrajaya, south of capital Kuala Lumpur, on Monday. It headed south to Malacca Tuesday, with the next stage taking place around the city before heading north to the Genting Highlands and ending on February 15 in Kuala Lumpur.

“To be honest I never thought that I’d get to win three times in a row in the early season of 2009,” Gavazzi said. “I kind of like the hot weather and manage to adapt with it,” he added. After the Malacca leg on Wednesday comes the longest stage, from the port city to the town of Bangi in central Selangor state, which covers 221.0 kilometers. By the end of the race, the 20 teams taking part will have covered 1,031.7 kilometers and seven states. 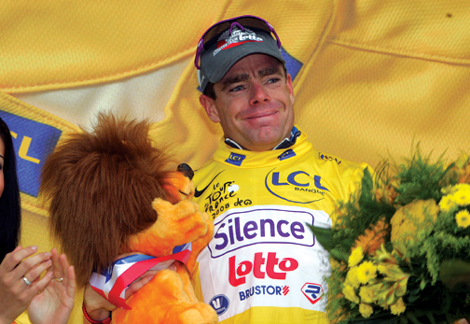 Evans will skip the Giro to focus on the Tour de France
(Photo: Roberto Bettini)

Evans Out Of Giro
Star Australian cyclist Cadel Evans announced on Monday that he would not compete in the Giro d’Italia this season because he was determined to win the Tour de France in July.

The 31-year-old was second in last year’s Tour explained that while he would have liked to compete in the Giro it simply did not fit into his plans as he prepares to take on Alberto Contador and seven-time winner Lance Armstrong.

“There has been a lot of talk about the Giro in the press,” said the Silence team leader. “I have for a long time doubted that I would compete in the Giro. “And I have finally decided not to race in the Giro. It is not that I don’t want to compete in the Giro, but I simply want to be as well prepared as possible for the Grande Boucle, and the Tour of Italy does not fit into that program.”