Primoz Roglic retained his lead on compatriot Tadej Pogacar atop the Tour de France standings after stage 18 as British outfit Ineos claimed a one-two finish on Thursday. Bedevilled by problems that saw them withdraw their captain Egan Bernal on Wednesday, team-mate Michal Kwiatkowski won the stage as Richard Carapaz took the King of the Mountains jersey with the pair crossing the finish line three minutes ahead of the elite pack.

“I had the best legs ever, the way we rode together with Richard was just incredible,” said Ineos’s Polish rider who is a former world champion.

“When Egan left the race he was very sad but wished us well, and now we have this wonderful day,” he said.

Giro d’Italia champion Carapaz has been a revelation over the three Alpine stages that culminated with the Ineos-led escape here as the Ecuadorian has relentlessly attacked, picking up climb points to take the polka dot jersey.

Carapaz was drafted into the race at the last minute as Geraint Thomas was farmed out to the Giro, but he fell on stage one in the deluge in Nice and is only finding his full form now. Carapaz and Kwiatkowski were clearly brimming with joy over the fruits of their partnership, which will have brought some relief for Ineos team principal Dave Brailsford, who had to pull out his protege Bernal to protect him.

“Adapting quickly to change is one of the main keys of success,” Brailsford said ahead of the Tour in Nice.

“We worked so hard since we changed our objectives,” Kwiatkowski said fighting back tears.

In the race for the overall standings only Saturday’s individual time trial presents a chance for the second-placed Pogacar to stage a coup.

Roglic leads Pogacar by 57 seconds with Friday’s stage 19 and the culminating run up the Champs-Elysees on Sunday both set to be decided in a mass bunch sprint. Roglic once again looked at ease during the run over three major mountains.

“I managed to relax, everything went fine, another good day for us,” Roglic said, as he grows into the role of leader which seemed to weigh on him when he took the lead in the first week.

“I’ve been thinking about the time trial, I’ll make the decision how I play it on the day,” he said looking to Saturday’s decider.

Stage 17 solo winner Miguel Angel Lopez of Colombia is still third 1:27 off the lead but is less of a time-trialler than his rivals.

Often unlucky Australian Richie Porte survived a puncture atop the final plateau section where the peloton had to negotiate a gravel surface. Spain’s Mikel Landa rounds out the top five after Briton Adam Yates lost some time over the final climb. 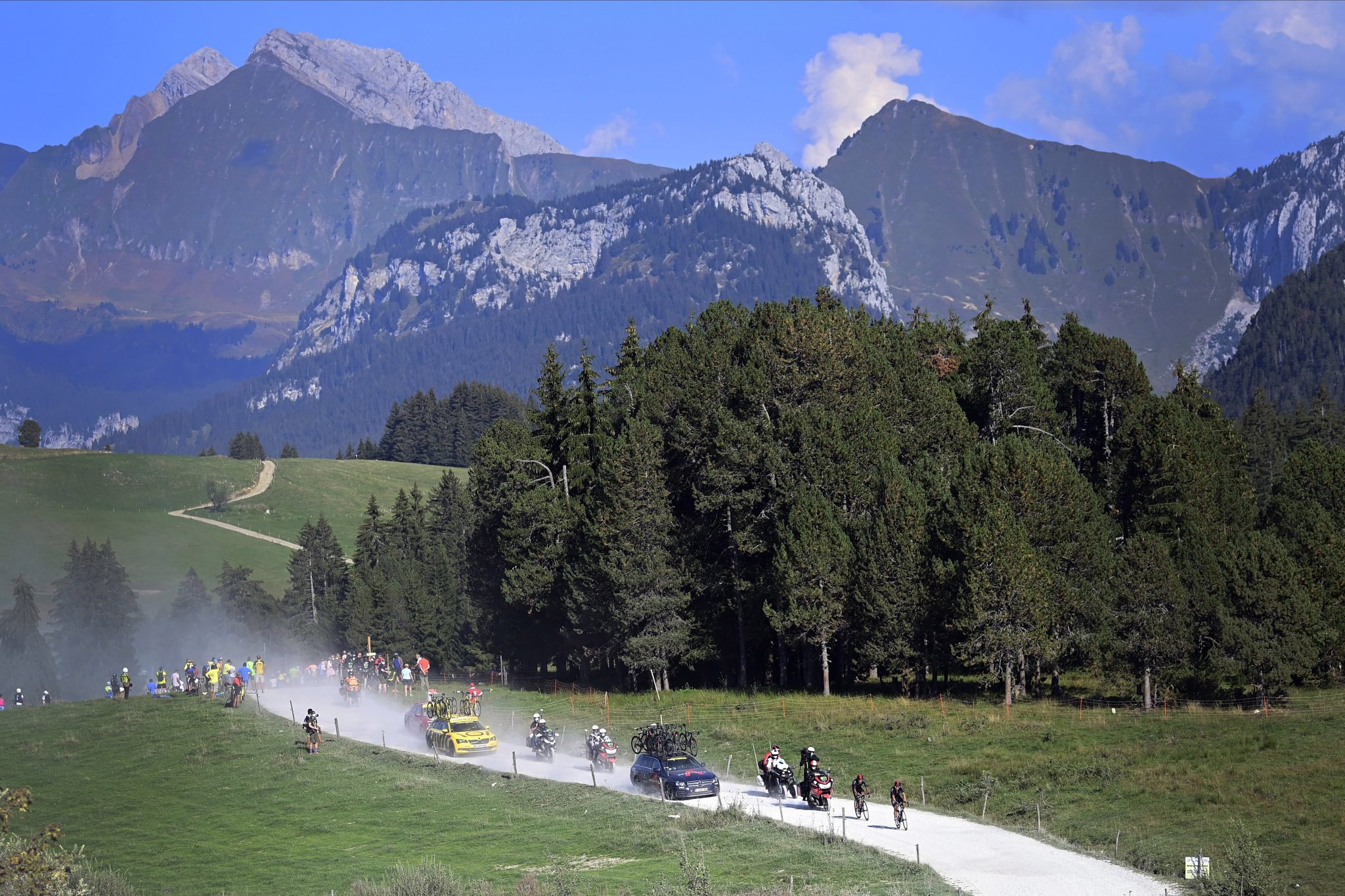