“As long as we work together, doing as good as possible together, we believe that we can beat him,” Roglic said two days before the 109th edition of the 21-day race starts with three stages in Denmark. Roglic pulled out in week one last year afer a fall and on Wednesday denied feeling any threat from his junior partner Vingegaard who shone in his absence.

“We make each other stronger. When you have strong individuals around, the whole team gets stronger,” said the 32-year-old triple Vuelta a Espana winner. Vingegaard, a modest former fish-factory worker, said he and Roglic enjoyed going for a beer together.

“Primoz and I are good friends also out of bike racing,” said the 25-year-old who was born and raised in the far north of Denmark in the small community of Hillerslev.

“But it is totally different from last year. Last year I came to the Tour as a helper. And now I am one of the leaders of the biggest race in the world.”

Both Roglic and Vingegaard spoke about it being crucial to survive the first week, although team boss Merijn Zeeman took issue with that notion.

“I don’t like the term surviving because we are not afraid. We stay on the bike and stay upfront,” Zeeman said of Jumbo’s tendency to race from the front.

“Surviving sounds like we are not sleeping at night because we are afraid of the first week.”

He described the decision to head up the team with two strong lead riders as the best tactically.

“They are both in really, really good shape and close to each other,” Zeeman said of his two leaders.

“In the best scenario, both of them are better than Pogacar. But there is a strong possibility that is not going to happen.

“It’s not a secret that Pogacar is the big favorite.

“We need everybody to be at his top level and we definitely need a two-leader strategy. 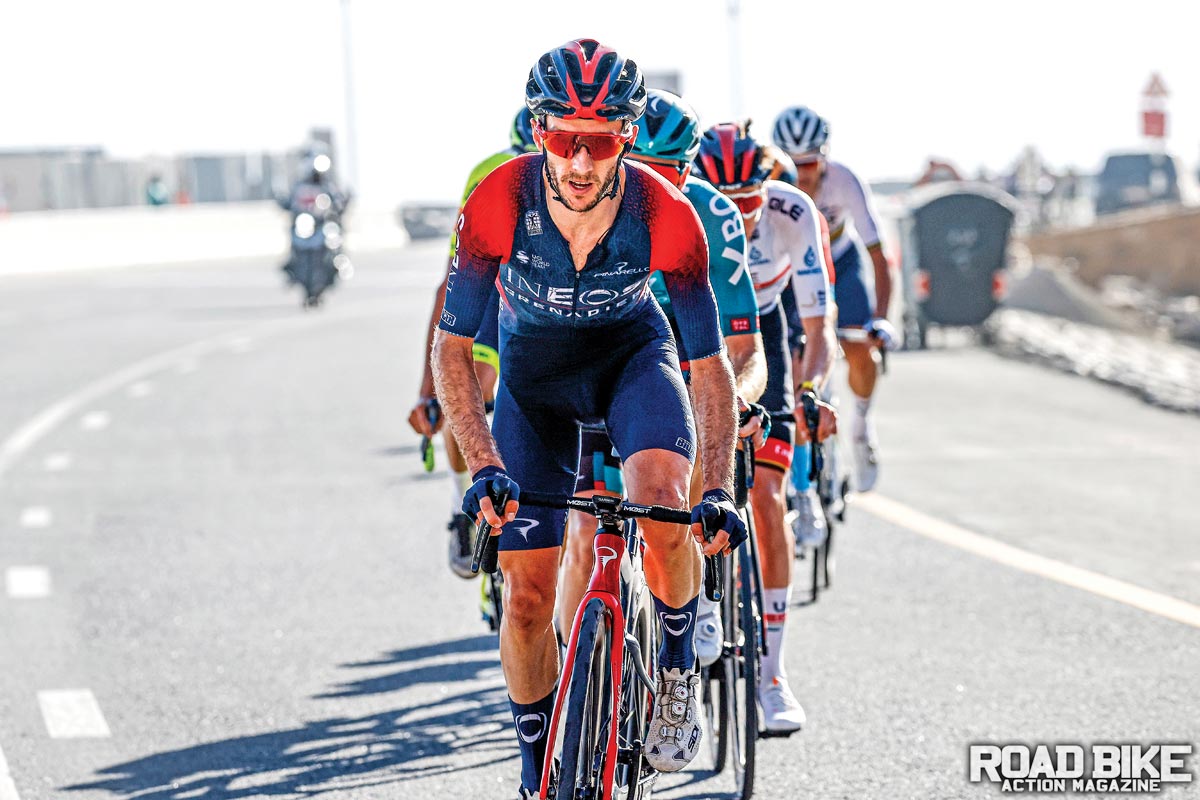 The once mighty Ineos team have become the third force of Tour de France racing and last won the race with Egan Bernal three years ago.

On Wednesday, 2018 champion Geraint Thomas said he was more of a chaperone to Dani Martinez of Colombia and British rider Adam Yates.

“Its going to be hard to beat them (Pogacar and Jumbo), but the vibe in the team is as good as ever, we have some good guys, there’s a good atmosphere and we are looking forwards to getting stuck in,” said Thomas, who promised an aggressive race.

“Adam and Dani are the leaders of the team and I want to help them, so I’ll be swearing at them at 40mph in the wind, and I’m going to enjoy that.”

Yates has just recovered from Covid-19, but was also looking relaxed and happy.

“It’ll be every man for himself.

“Me and Poggo had some good battles, I just hope to be at my best,” said Yates.

Later on Wednesday, the Tour teams are due to parade in central Copenhagen with excitement building towards Friday’s Grand Depart with a 8 mile downtown individual time-trial where Ineos rider Filippo Ganna is the favorite.

“It would be nice to wear the yellow jersey, nothing is easy but I want to try and put that in my museum,” the Italian said.

“We’ll see Friday if we can all celebrate together.”