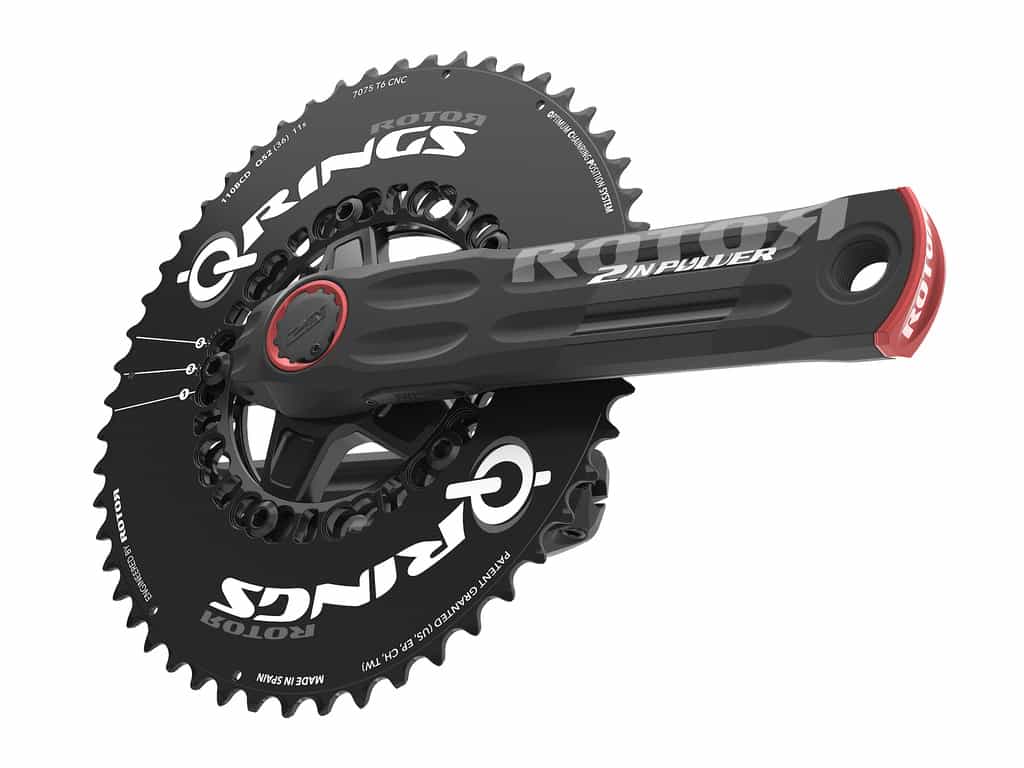 Knowing your strengths is helpful, but knowing your weaknesses is like mining for gold, which is why Rotor Bike Components has introduced its new 2INpower (“twin” power) dual-sided power meter. Speculation about the new power meter first stirred in January at the Tour Down Under where 2INpower prototypes were spotted on Team Dimension Data for Qhubeka’s Cervélo bikes. 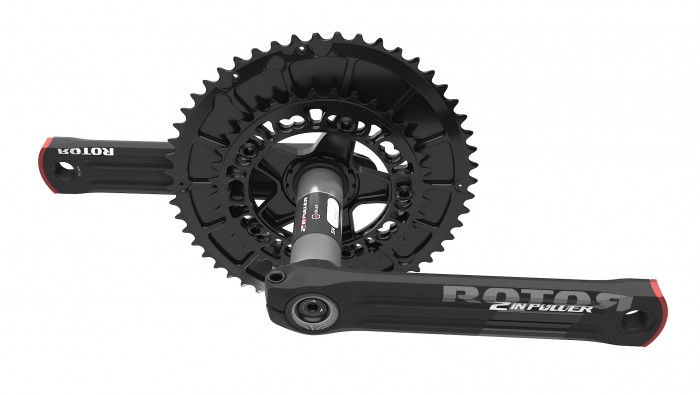 2INpower measures power individually in each leg to provide precise data about balance and power output in order to demonstrate where improvements can be made to pedaling performance. As the name suggests, 2INpower evolved from ROTOR’s INpower, the power meter integrated inside the crank axle that measures power in the left leg.

“A person with a 50/50 balance in his or her power output is extremely rare, if even that person exists,” explained Irene Albacete, lead engineer for 2INpower. “We knew that the next step was to take advantage of INpower’s technology and accuracy to develop a dual-sided power meter with the same features as INpower but which could provide power data equally in the right leg as in the left.”

Two additional sets of strain gauges have been placed in the right crank arm, which will measure power exclusively in the right leg. INpower’s four strain gauges are located in the crank axle and measure the left leg’s power output. New to 2INpower are Bluetooth Smart functionality and a built-in rechargeable battery, which are features in addition to those of INpower.

Last spring ROTOR introduced TORQUE 360 and Optimum Chainring Angle (OCA) pedal analyses, which help cyclists precisely and accurately assess force variations in their pedal stroke. The values resulting from TORQUE 360 and OCA would enable cyclists to orient – or time – their oval Q-Rings around their distinct pedaling characteristics in order to take advantage of their most productive zone.