The former world champion will stay with the team until 2021

A Contract Extension for the Star

Former world champion cyclist Peter Sagan has extended his contract with the Bora-Hansgrohe team until the end of the 2021 season. The 27-year-old Slovakian announced the news at Innsbruck where he unsuccessfully attempted to defend his rainbow jersey.

Now a six-time Tour de France green points jersey winner, Sagan joined his current team two years ago, and has enjoyed great success with them, becoming one of cycling’s top stars. “I am delighted to commit myself to Bora-Hansgrohe until the end of 2021. It was a straightforward decision, even if I still have one more season to go under my current contract,” said Sagan, who has 11 stage wins on the Tour de France as well as three consecutive world titles.

“I’ve enjoyed two remarkable years with this team and I wouldn’t want to move. I feel confident the coming years will be as fulfilling as the first two,” he said. 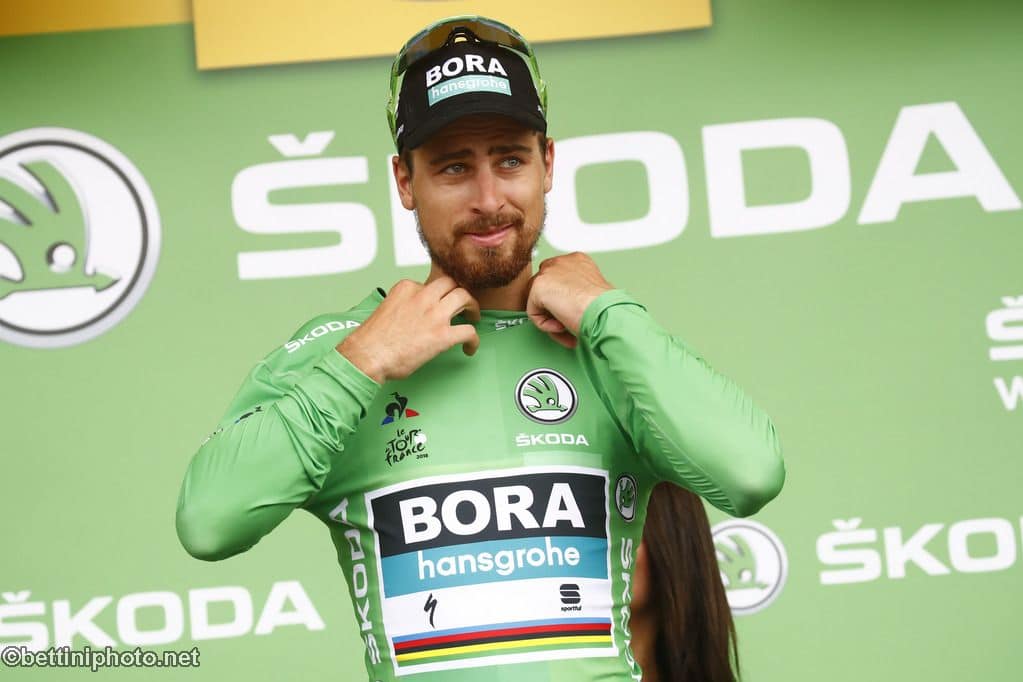