That polka-dot guy takes a day marred with crashes 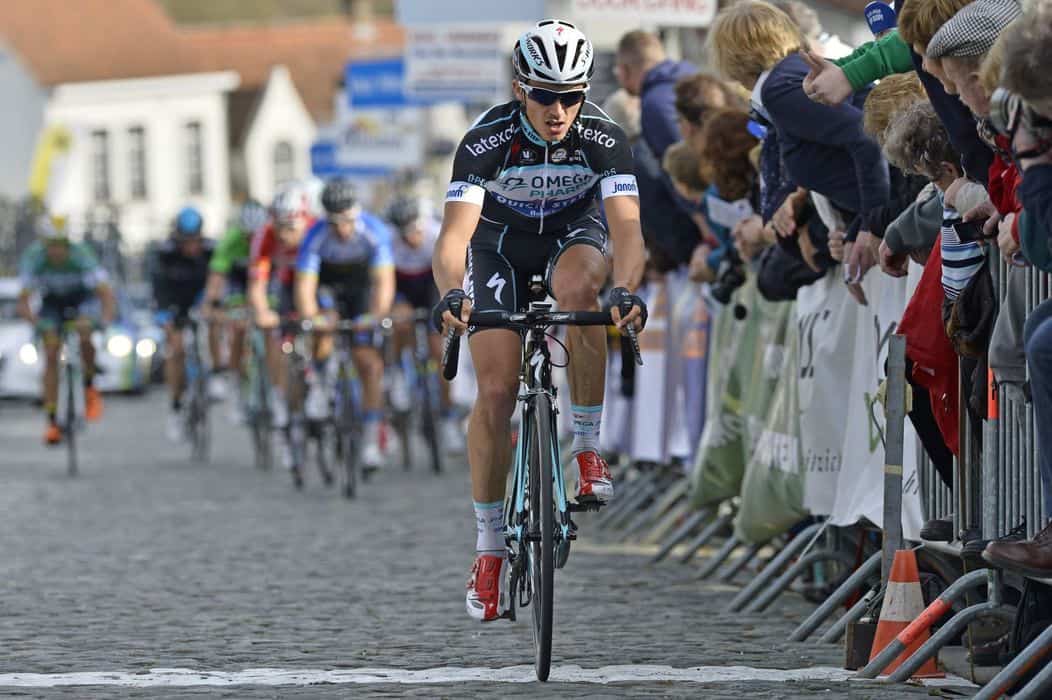 Julian Alaphilippe pipped Bauke Mollema to victory in a sprint finish at Saturday’s San Sebastian Classic, but the race was overshadowed by a nasty crash involving Egan Bernal and Mikel Landa.

Quick Step rider Alaphilippe and Mollema, the 2016 champion, broke clear with eight of the 228.7 kilometers remaining in Spain after Bernal and Landa, two of the race favorites, were taken to hospital.

The pair were caught up in a multi-rider pile-up around 20km from the finish, with Colombian Bernal suffering “a serious facial trauma”. “He is awake and talking. He has had a precautionary scan to assess for further injuries which revealed a nasal fracture and maxillary injury,” Team Sky said in a statement. The 21-year-old will remain in hospital overnight for observation and further treatment.

Movistar said Landa was left in “huge pain” with a sore back and placed in an immobilizing brace. He was set to undergo exams to determine the extent of his injuries.

The 26-year-old Alaphilippe continued the good form that saw him win a pair of mountain stages on this year’s Tour de France and earn the polka dot jersey for the best climber.
Saturday’s race favored the climbers, with eight climbs in total including a double ascent of the category one Jaizkibel.

Alaphilippe and Mollema escaped on the day’s final climb, the Murgil Tontorra which featured sections with a gradient of 22 percent, before the Frenchman shone again in a two-man sprint.
“I’ve had a good season,” said Alaphilippe. “I was well placed for this sprint. I waited until the last moment because I knew the climb was very difficult and when Mollema decided to go for it I followed him.”