Schumacher Storms To Stage 20 Victory: Sastre holds on to yellow 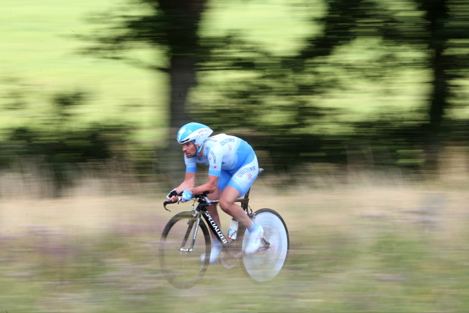 German Stefan Schumacher of the Gerolsteiner team won the 20th stage of the Tour de France on Sunday, a 53km individual time trial from Crilly to Saint Amand Montrond.

Schumacher stormed the mainly flat course to finish 21 seconds ahead of Fabian Cancellara and 61 seconds ahead of Kim Kirchen. Schumacher also took the victory in the Stage 4 time trial in the first week of the Tour. With his stage wins, Stefan Schumacher adds to his already impressive list of victories that include two stages of the 2006 Giro d’Italia, and the 2007 Amstel Gold Race.

The 27-year-old Schumacher hails from the Esslinger district of Germany. He first turned professional with Team Telekom in 2002 but was released the following year. For 2003 he raced for the small Lamonta Team. In 2004 he switched to the Shimano-Memory Corp Team. It wasn’t until 2006 until he returned to a top-flight team when he signed for Team Gerolsteiner.