American teenager Magnus Sheffield broke away for a solo triumph at the Brabantse Pijl one-day classic, while world champion Julian Alaphilippe crashed after his own team car caused a domino effect of falls. Sheffield, 19, was part of an eight-rider group who had dropped the rest of the field and he made his move two kilometres from the Overijse finish line. The Ineos Grenadiers rider had two teammates in the small, pursuing group who refused to chase leaving the rookie to ease over the final 100m and slowly raise his arms in celebration at an unexpected win.

“It’s unbelievable. When I broke off the front I never expected to win,” Sheffield said.

“I’m a mentally soft type of person and with this awful weather, I mean it was kind of gritty and cold out there,” he said.

Sheffield’s winning break followed closely on the heels of Alaphilippe’s dramatic fall after the Frenchman’s own team car clipped another rider causing a quick succession of other falls. After dusting himself down, Alaphilippe eventually returned to the saddle of his bike.

This is a second win for Ineos in less than a week after Poland’s Michal Kwiatkowski won the Amstel Gold classic on Sunday. In that race, French AG2R rider Benoit Cosnefroy thought he had won only to be classified second after a photo-finish. He was second again on Wednesday. 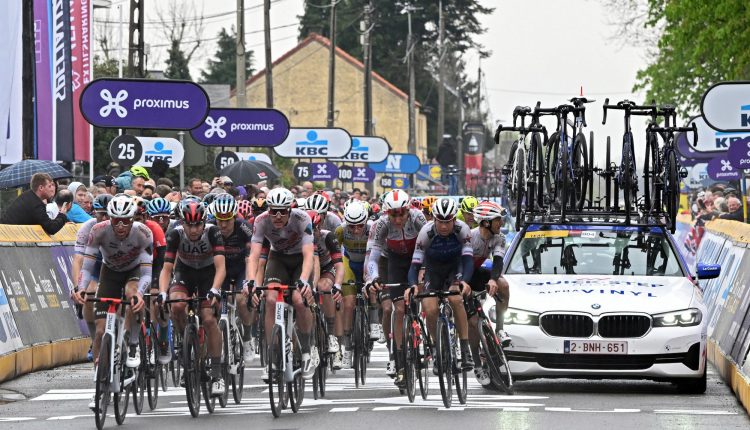 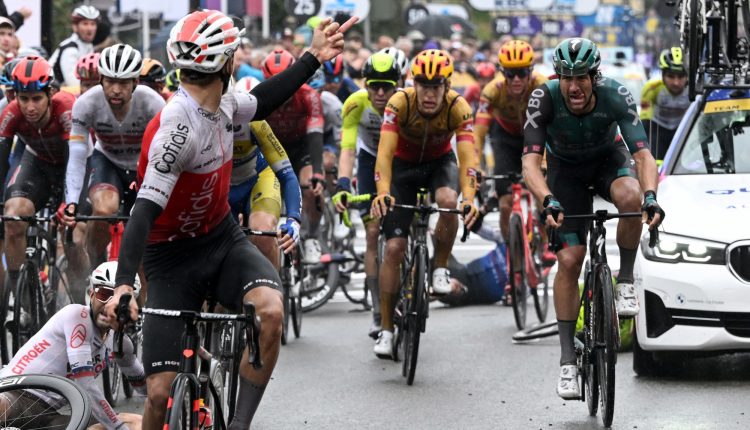 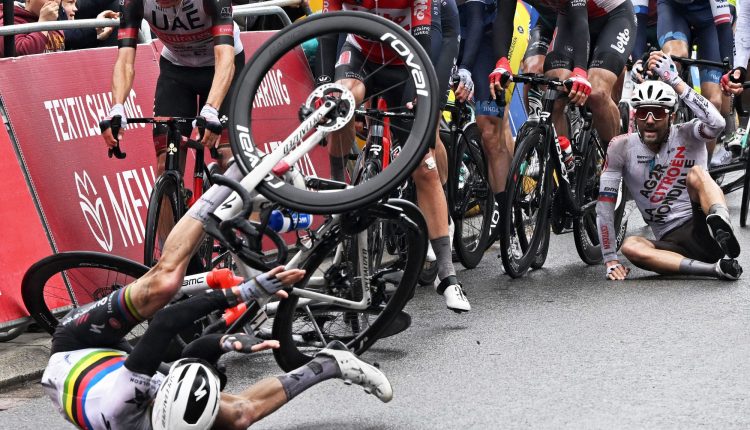