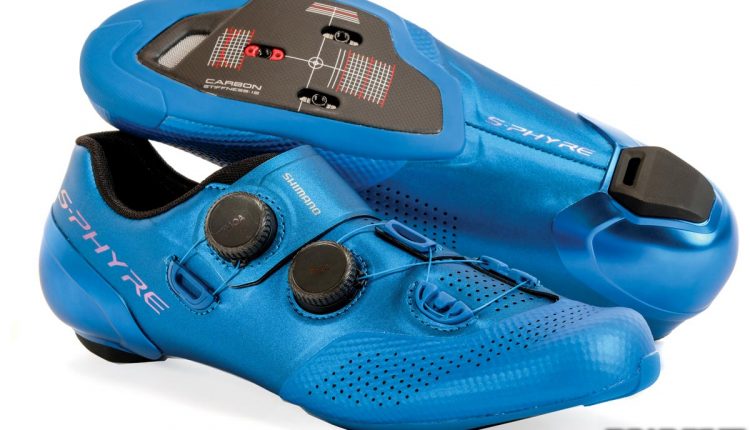 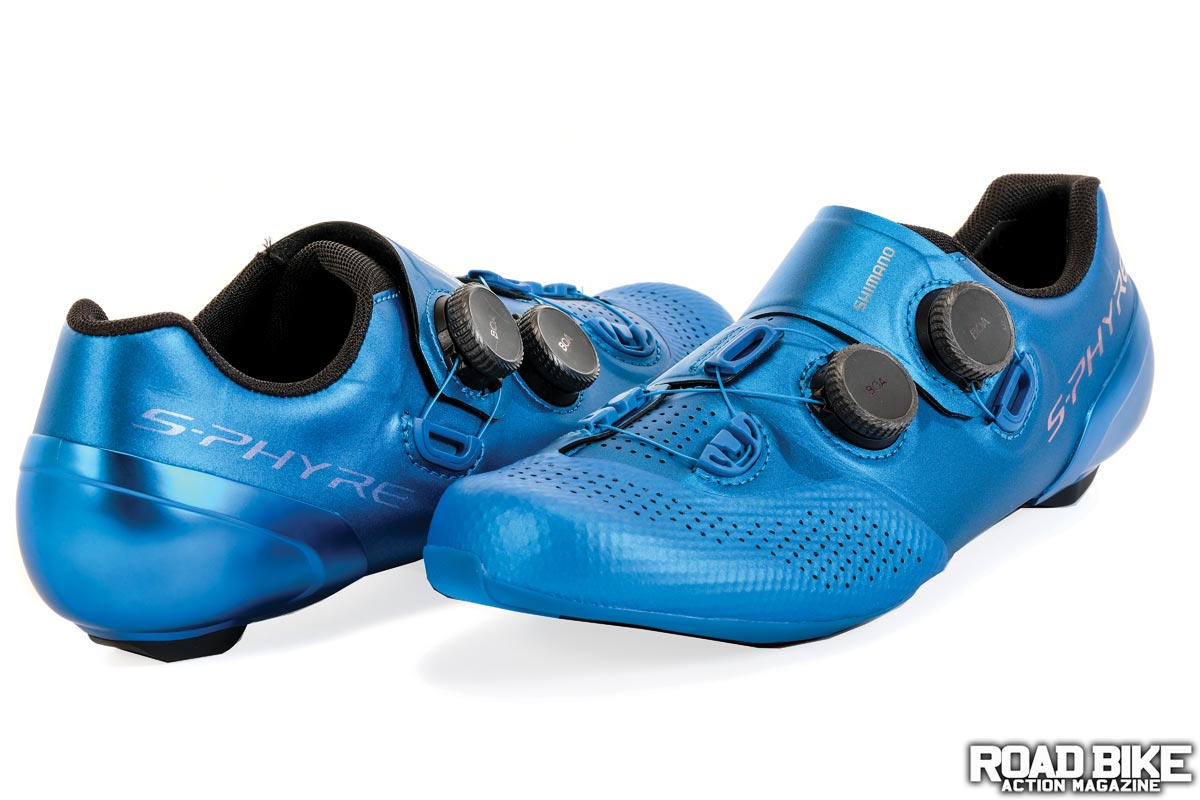 The now-narrower heel cup has been updated with a reinforced plastic shell and two strips of a non-slip material to secure both sides of the heel inside the shoes. Thanks to the pedaling analyzer and pro-rider feedback, Shimano determined the anti-twist heel design improves pedaling performance and decreases the risk of injury, like tendonitis, for riders.

The RC9’s upper material is a mix of a reinforced mesh. The wrap-around design of the upper eliminates the need for a tongue, which helps prevent stretching in the toe box and maintains the RC9’s shape when tightened. In addition to a protective coating around those areas most prone to toe overlap, the toe box is protected by a plastic guard that has helped maintain the upper’s sheen throughout our review.

The slight tweaks to the RC9’s shape created a noticeably different fit than we’ve grown accustomed to from Shimano. The narrower heel cup provides a secure fit, while there’s a bit more wiggle room around the big toe. In the past, we tended to size down on Shimano shoes due to their relatively wide fit, but the RC9s fit much more true to size.

Tightening the Boa dials mimics previous versions, but the micro-adjustments do allow for a more precise fit, although the dials do feel like they are flimsier. Thanks to their composite construction, Boa says they are now more resistant to scratches and the environment. If they were to break, they would be covered by Boa’s lifetime warranty on all of their dials.

Installing cleats was easy, thanks to the clearly marked fit guides on the sole. Following our first few rides, we were impressed by how little damage and dirt there was on the sole and upper. The toebox guard worked as it was intended and is worth the cost of a few extra grams for anyone who wants a performance shoe that will last longer than a single season.

The updated sole maintains Shimano’s highest arbitrary stiffness rating of 12. The incorporated flex in the middle of the foot is appreciated and didn’t noticeably take away from the power transfer at the cleat interface.

Paired with the wrap-around design of the upper, the shoe securely holds the foot with evenly distributed pressure all around. None of our test riders reported hot spots. Venting throughout the toe box and top of the shoe allowed for above-average breathability.

Shimano and Fizik have been leaders in performance footwear for over 20 years. The latest Boa retention systems and carbon soles give the shoes top-of-the-line characteristics that any other apparel brand would be hard-pressed to outdo The improved sole design is the stiffer of the two while being more dynamic, thanks to the anti-twist heel design paired with the engineered compliance around the arch of the foot. Shimano offers additional insole pads for a personalized fit and to increase arch support