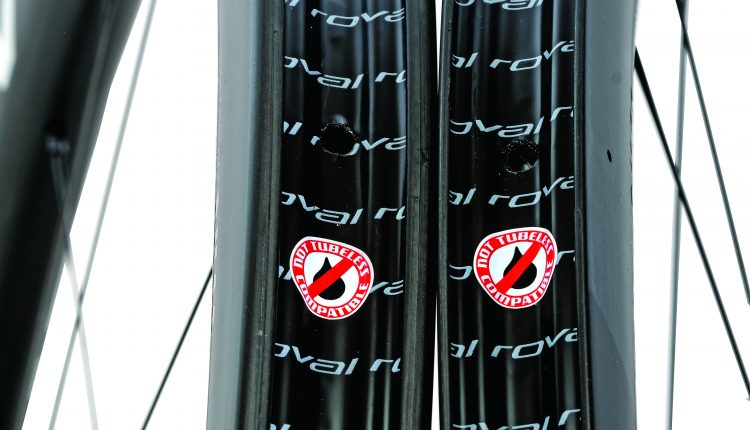 It turns out that before the original launch of the SL7, Peter Sagan was riding and broke his wheel. Yes, Peter was being Peter and hopped a curb while fooling around and had a failure. Although Peter didn’t expect the wheel to survive the impact and didn’t crash, It also wasn’t some catastrophic failure that left the wheel in pieces. Instead, the high speed impact cracked the rim and from what we have been told, the wheel also suffered from a rim tape failure at the same time. This led to the tire popping off the bead. The tire was set up tubeless, but for the skilled pro and his team management, having the tire dismount as he rolled to a safe stop was a huge issue.

We have written about poorly installed rim tape causing issues with tube and tubeless systems in the past, something that tubular systems don’t have to worry about. Tubeless is even more susceptible to this issue since the system relies on the tape to seal the air cavity from the rim profile cavity, which is not designed to withstand high pressures.

Specialized went back and delayed the launch of the new bike and tubeless wheels as they did testing to see what the issue was. Inevitably, they were able to replicate the failure under the most extreme circumstances.

This sort of failure is very very rare and in all of our testing over the years has only happened a few times. To be completely transparent, it has happened on more rim brake non-tubeless wheels than anything else. And in every case, the tire dismounted from the bead but didn’t cause a crash, just an instant flat.

What was Specialized to do? I can only imagine the conversation happening in Morgan Hill. At the end of the day, there were thousands of bikes ready to ship and stacks of wheel boxes, they had to do something with them. They were all ready to go as tubeless but in the crazy rare chance that the rim tape and rim failed at the same time, an inexperienced rider could crash.

Specialized simply used all the marketing material they had, they omitted the tubeless bits, they had the warehouse employees open the boxes and remove the tubeless tape in exchange for different tape and a sticker on top of it that stated: “not tubeless compatible”.

They told the public that the wheel system was the fastest and that tubes are the future, knowing that they were not being honest.

With the success of the SL7 and the millions of wheels sold, the Roval team received their bonuses and got to work figuring out how to do it all over again, but this time with the truth.

It turns out we’re here, but they couldn’t figure out a way to work around the lie, so they came out and told us the truth. At the same time launching yet another set of wheels that are almost an exact replica of the originals, with an “optimized layup”.

Yup, same wheels but a new layup that minimizes the risk of a failure but in no way makes them 100% failureproof. They are also now putting it all out there and telling us how much faster and better in every way the tubeless system is.

Why this is bad for the industry

As brands across the industry work tirelessly to develop the next generation of gear, Specialized is putting out information that they know is not the whole truth. This makes the consumer hesitate and question if what the honest brands are telling them is the truth. This also hurts the progress and evolution of the sport as riders across the world are not sure what to believe, so they just don’t change. They rely on their previous notions of what is faster, safer, and in their mind better.

The issue is they are already known for being hard to work with when it comes to warranties and have had debatable business ethics with dealers. This only solidifies that for them “Innovate or die” equals profit over progress in reality.

Specialized has taken advantage of our sport’s love for history and tradition to delay progress and evolution all so they could make a bigger profit. For companies like Zipp (SRAM), Giant (Cadex), Enve, Hunt, HED, DT Swiss and countless others that have been pushing the evolution of wheel and tire technologies, this sort of dishonest business practice from Specialized hurts the entire segment.

Specialized and Roval make a great product, that isn’t the problem. The issue is they are already known for being hard to work with when it comes to warranties and have had debatable business ethics with dealers. This only solidifies that for them “Innovate or die” equals profit over progress in reality.

Will we still test and ride Specialized products, probably. We would also say that for the most part, Specialized is one of the driving factors in the evolution of the sport. That is why it is even more important for a brand of this size and influence to be honest. If they feel their product isn’t ready for the market in its full and intended purpose, then don’t launch it, but at least don’t say that everyone else that did get it right is wrong.

With that said, Specialized has launched the Rapide CLX II and Alpinist CLX II which are now officially tubeless-ready. 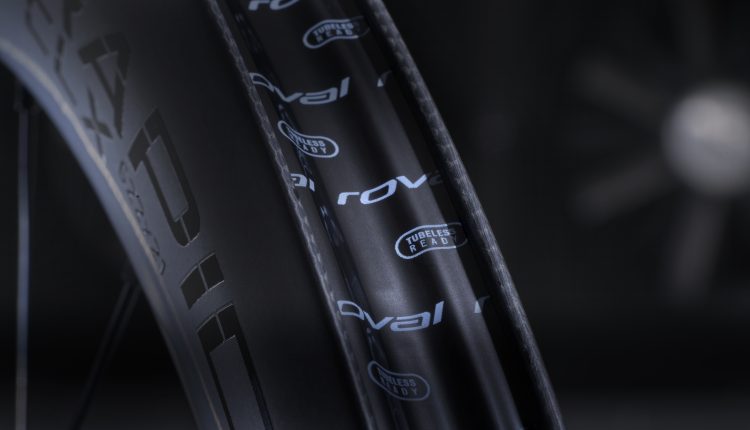 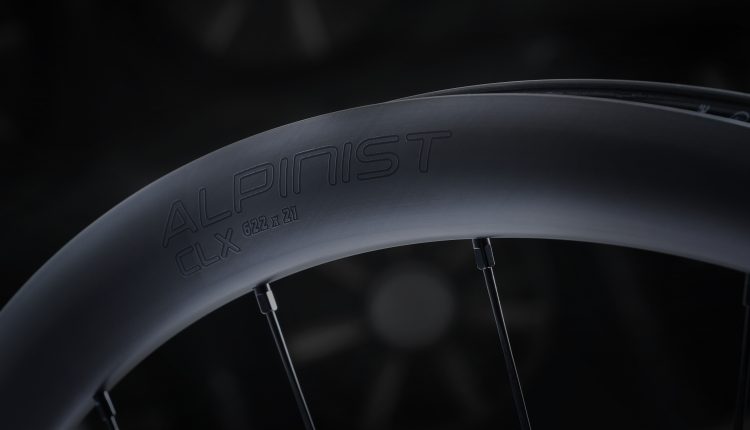