Built to last and stay fast 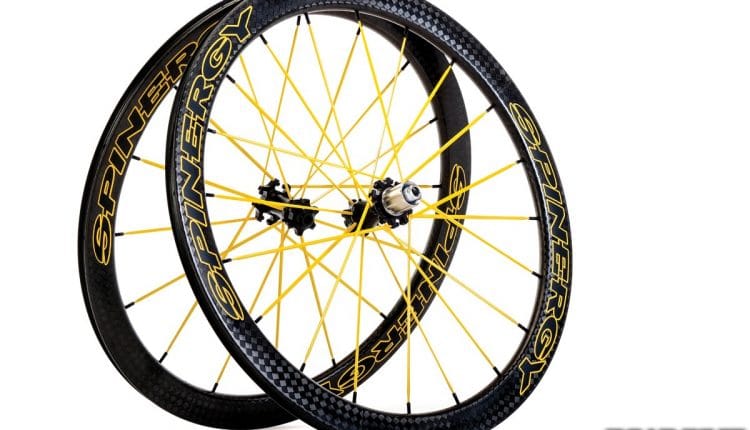 The Spinergy name might ring a few bells for anyone with fond memories of bike culture in the ’90s. Founded by former Cannondale engineer Rafe Schlanger, Spinergy put itself in the front and center of professional cycling with the infamous Rev-X wheel that stood out with its unique, futuristic, flat, carbon spoke design for road and off-road use.

Given that the wheel mimicked an airplane propeller, it may not have come as a surprise to some when the Rev-X wheels were called out for being dangerous following a handful of injuries suffered from the rotating blades. The wheel brand later claimed the UCI went on a witch hunt to ban the cutting-edge wheels when cycling’s governing body created a rupture test in 2001 that Spinergy claimed was designed to break the wheelset.

Undaunted, nearly 30 years since it first rolled out, Spinergy is still producing cutting-edge designs in the wheel market with their latest effort found in the Stealth FCC 4.7 wheelset.

Like Spinergy’s previous standout wheelsets, the most distinguishing feature of the Stealth FCC are once again the spokes. Each Spinergy PBO spoke is made up of 30,000 strands of polyphenylene benzobisoxazole fiber, which are encased in a weather-resistant, UV-proof composite. The PBO spokes are said to be three times stronger than their stainless steel counterparts, at half the weight, while providing better damping against road vibrations.

The 1679-gram wheelset runs with 16 front/20 rear spokes laced radially up front with a radial/2-cross pattern in
the rear for added stiffness.

The flexible PBO spokes work similarly to a standard spoke; they have an aluminum head on one end with a splined nipple on the other. The head is held in the hub flange, same as a straight-pull spoke, while the splined nipple threads into the 47mm-deep carbon rims. 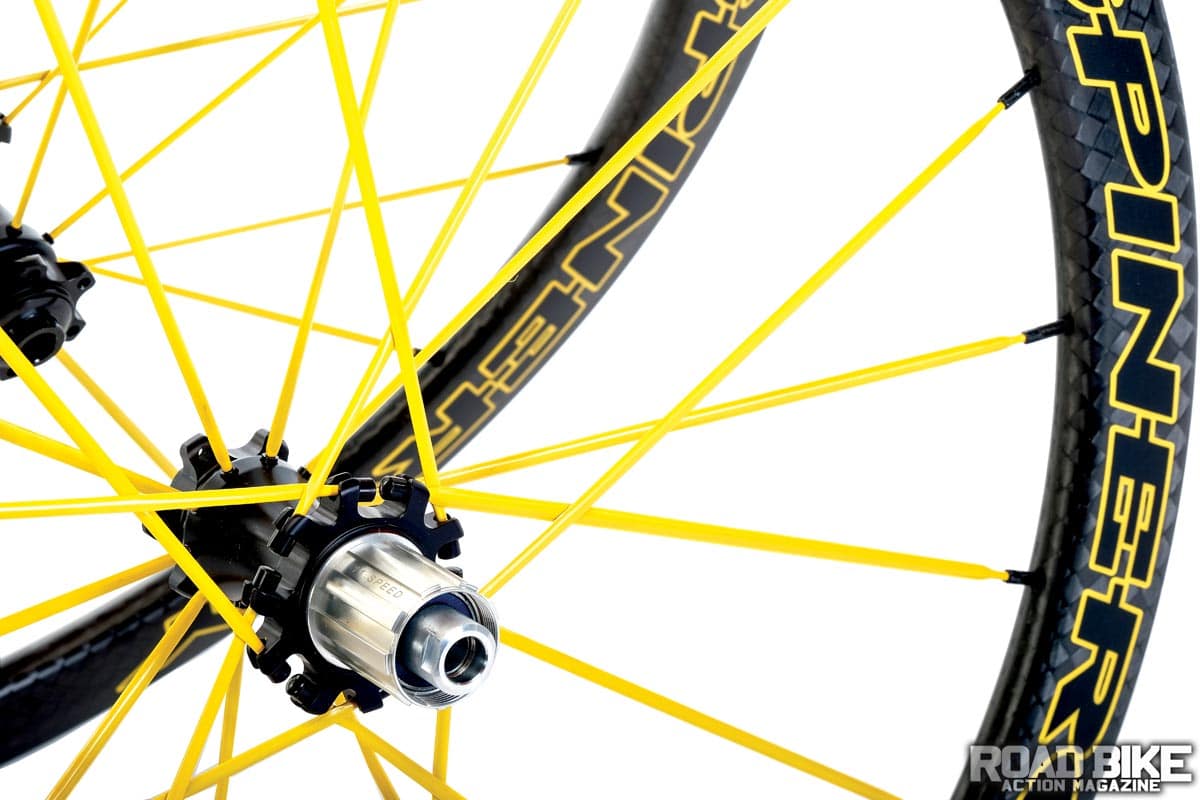 Spinergy’s carbon rims are filled with an EPS-like foam for added rigidity. With an 18mm internal rim width, the hoops are a bit behind the times, as most modern wheelsets have transitioned to wider designs in the 21mm range to better accept bigger (28mm+) tires. There are 10 different color spoke and sticker combinations that are available to choose from; there’s the showy yellow we rode and even a murdered-out all-black option.

Spinergy designs and manufactures their own CNC machined 6061-T6 aluminum hubs that use a high-engagement Hadley freehub body. Either a Shimano or a Campagnolo 11-speed cassette body can be selected.

Spinergy keeps the installation process pretty simple. Once tubeless rim tape is properly installed, the 25mm Continental Grand Prix 5000 tubeless tires were easy to slip on by hand. We installed 6-bolt rotors on the hubs, which already had a bit of Loctite applied to them.

From our first ride, the FCCs stood out for their compliance. The PBO spokes definitely help smooth small road imperfections and reduce the jostling by staying planted in situations that would cause stiffer wheels to be redirected. Small amounts of gravel and sand in tight corners can be disregarded, because the FCCs like to hold their line.

“The PBO spokes are said to be three times stronger than their stainless steel counterparts, at half the weight, while providing better damping against road vibrations.”

Once over 20 mph, the FCCs hold high speeds, too; however, moderate gusts of crosswind could be felt pushing the front wheel around. Descending at speed was thrilling, because the FCCs felt as stable as a wider-rimmed wheel but had the quicker-handling characteristics of the 25mm tire.

Braking was made easy with the disc rotors. We noticed minimal amounts of rotor rub due to flex when out of the saddle and never any flex while seated. The CNC-machined hubs handled the quick brake checks on our local group rides with no problem as well. Currently, Spinergy doesn’t offer a CenterLock rotor version of their hub, and this is a bummer because most of the new groupsets only offer their highest-end rotors in CenterLock.

Once we looked past the glimmering spokes and colorful stickers of the FCC, what makes these wheels a keeper are the hefty CNC-machined hubs. While some weight weenies may be deterred by the wheelset’s 1679 grams, most of the weight is in the hubs, which means there’s not as much rotating mass at the rims to affect the power required to get up to speed. Plus, the stainless steel bearings require minimal maintenance.

All in all, the Spinergy Stealth FCC 4.7s are able to personalize your ride while they add a bit of performance and stability in a single package. Don’t let the grams make you shy away. These wheels can last longer than most others. 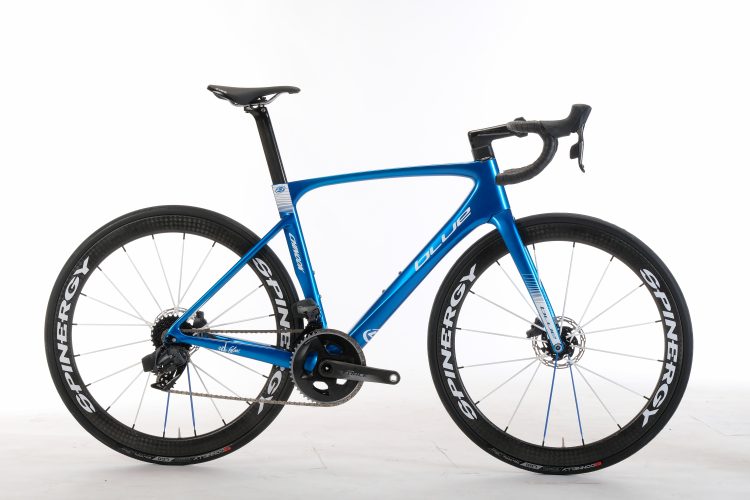 Why doesn’t anyone refer to bottom bracket height anymore?