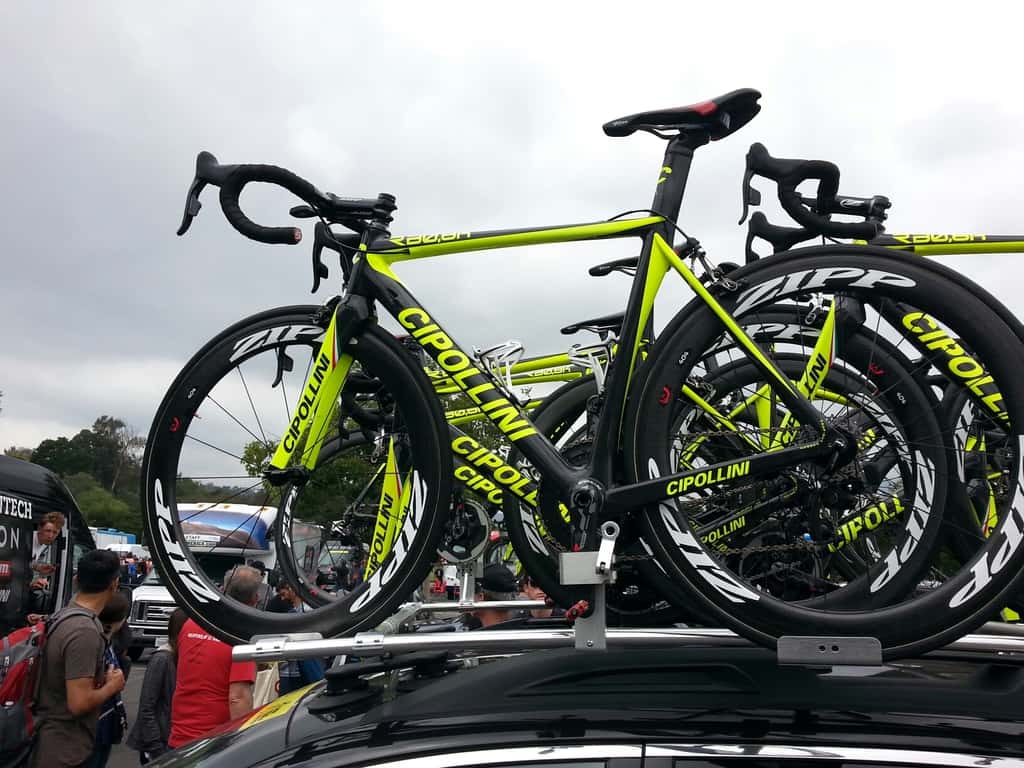 It was just moments after Peter Sagan was declared the winner of the Amgen Tour of  California at the Rose Bowl when the team cars began to quickly load up and bolt in the attempt to beat the quickly congealing traffic that was filling the narrow Pasadena streets leading to the nearby freeways. As one of the Suburu team cars for Axel Merck’s Axeon devo team drove passed by loaded with a Sea Sucker rack filled with Cipollini team bikes, we noticed one bike had an empty cable guide hole on the downtube. Hhmm.

As the car began to inch its way forward, we crept alongside where are suspicions were confirmed – it was a SRAM wireless drivetrain.  Of course, since Axel’s 2014 Trek back devo squad was also tasked with under-the-rader race testing the parts, it wasn’t too big of a surprise that his current pack of howling fast 20 some things were once again using the parts to good effect.

For SRAM’s part, as usual, they said nothing about the wireless drivetrain, before, during or after the weeklong race. Pre-production prototypes? Maybe. At the very least the fact that the wireless system is still being used is a good thing. 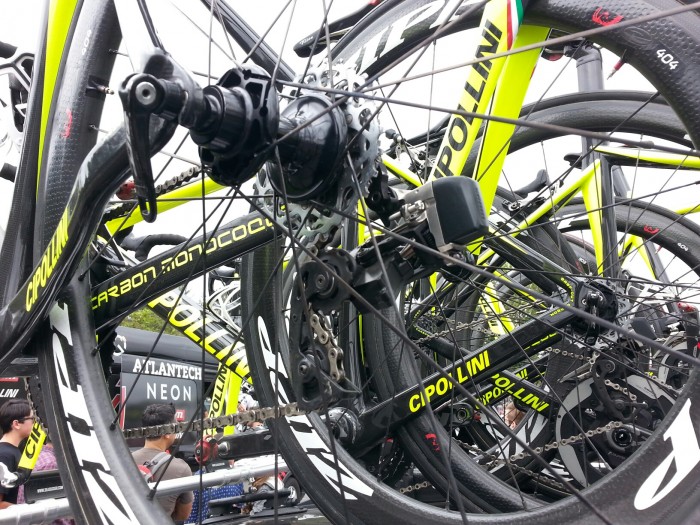 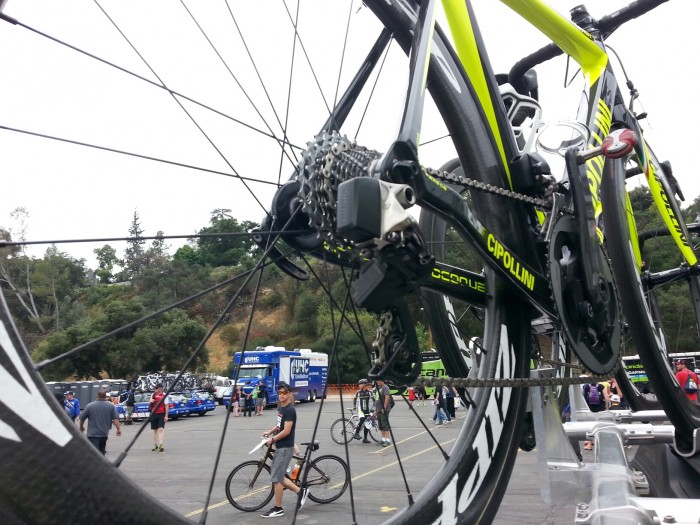 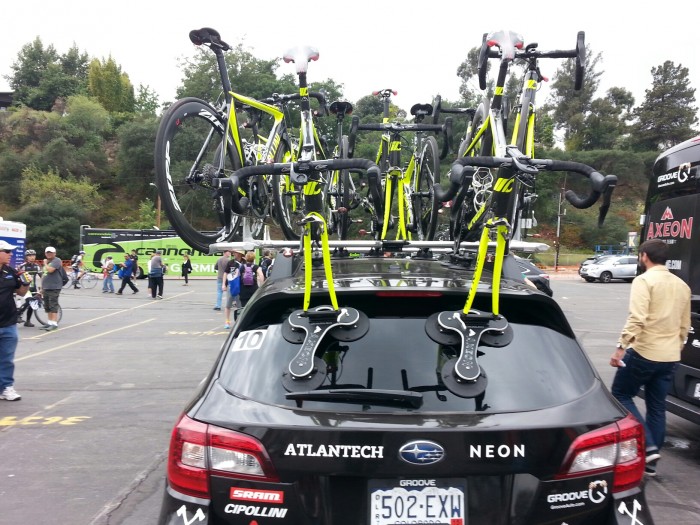