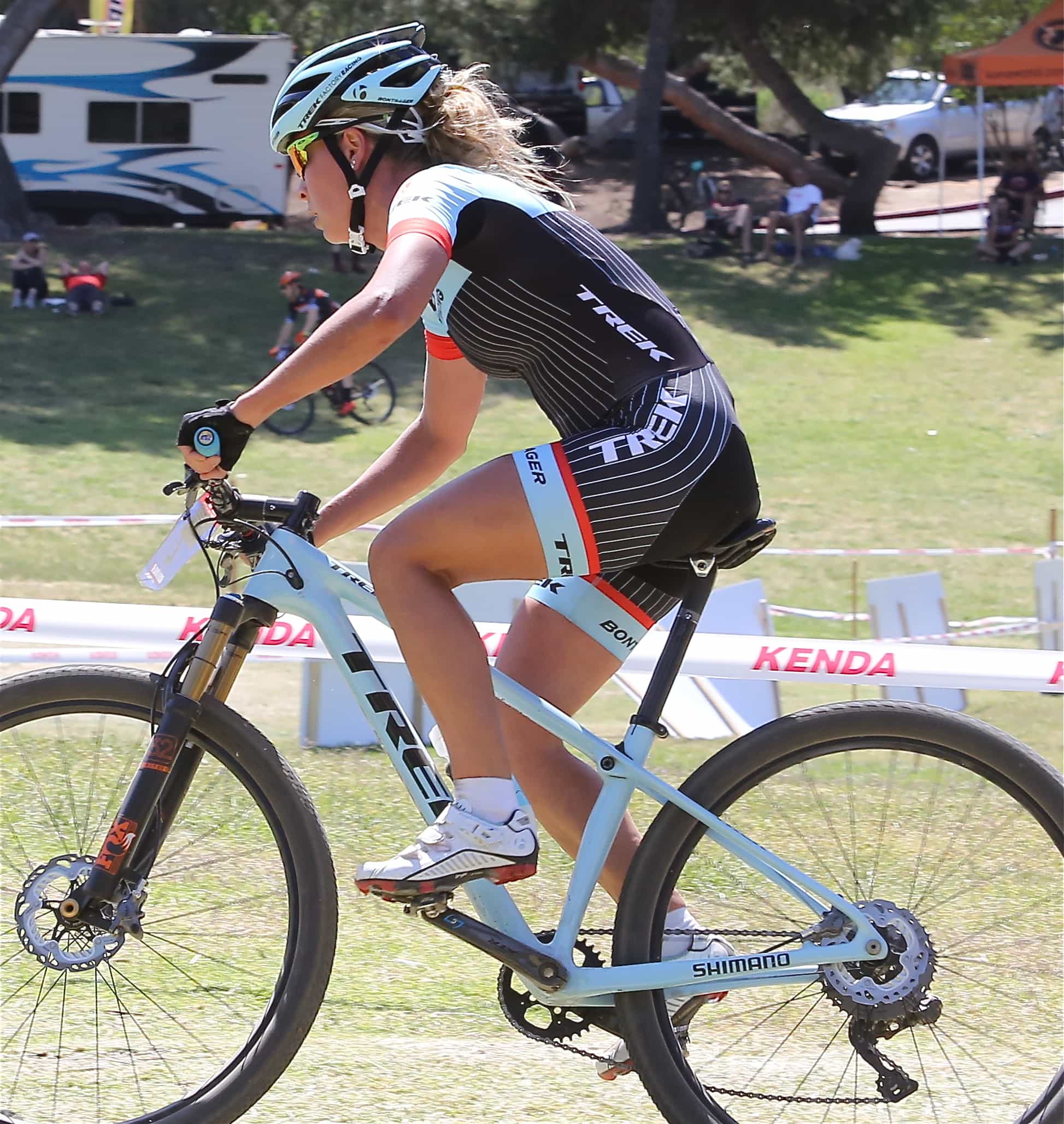 Borrowing from the same Isospeed decoupler rear suspension design that was originally developed on their Domane road bikes for use at Paris-Roubaix, Trek factory mountain bike riders Emily Blatty and Rebecca Henderson were spotted riding prototype mountain bikes using the minimal travel system at last weekend’s Kenda Cup at Bonelli Park. In fact, Henderson used her bike to win the short-track XC race making for a successful first-time outing for the bike. 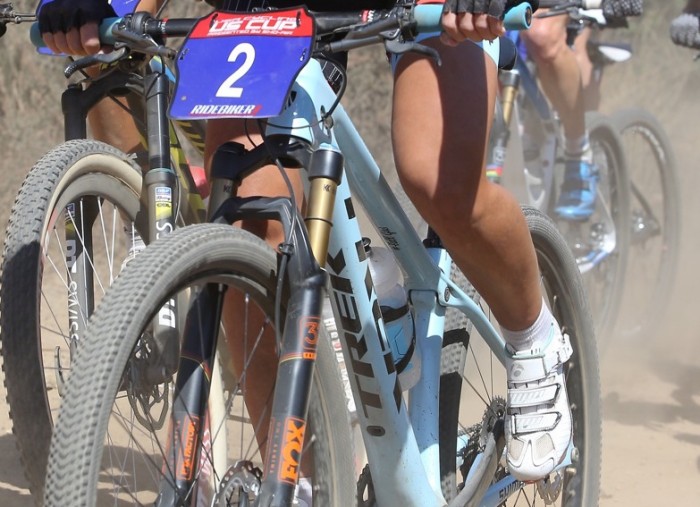 The minimalist Isospeed design acts by isolating the seat tube from the rest of the frame with the suspension coming via a small pivot (decoupler) that is integrated into the top tube just in front of the seat tube junction (note the small black dot on the top tube) and covered by a small protective cover.  Trek’s proprietary Isospeed design has been universally hailed as one of the most efficient systems on the market for providing a compliant ride on the road – whether or not it pays real dividends on the far rougher mountain bike courses remains to be seen. As much as Trek has sought to define a true stable of use-specific road bikes (Domane for compliance, Madone for aero and Emonda for climbing), perhaps this prototype could fill the bill for less demanding XC courses.

Trek team personnel would not comment on the bike, but we are hoping to find out more about it at this weekend’s Sea Otter Classic in Monterey, CA. Stay tuned.