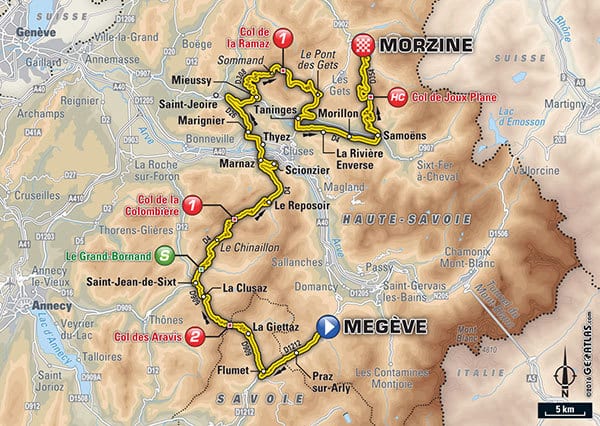 Numerous stages of the Critérium du Dauphiné have started from the ski resort.
In 2014, one of the most exciting outcomes of recent times was launched there.
On the way to Courchevel, Alberto Contador would lose ground while Christopher Froome struggled against a royal breakaway led by the likes of Romain Bardet.
Mikel Nieve would win the stage but the performance of the day would be for Andrew Talansky, final winner of the event.

Economy: Development of business tourism, more than 200 shops (including AAllard/Bogner and his famous ski pants), 45 farms

Distinctions: Marianne d’Or 2001, 2011 and 2015 (action in the field of tourism and sustainable development), four-star floral town

The Tour discovered Morzine in 1975 and riders such as Marco Pantani or Richard Virenque have captured stage wins there. But Morzine also brings back good memories to the Colombians. While in 1985, Lucho Herrera had triumphed in nearby Avoriaz, to be precise, three years later Fabio Parra climbed on the podium of the Tour thanks to his victory there. In 2012, Nairo Quintana had conquered one of his first prestigious wins in the resort during the Critérium du Dauphiné.