Australian rider Caleb Ewan produced an irresistible late burst of speed to pip a stunned Sam Bennett of Ireland on the finish line of stage three of the Tour de France on Monday. France’s Julian Alaphilippe retained the leader’s yellow jersey after the 198-kilometre stage from the Nice football stadium to the hilltop town of Sisteron in the Haute Provence region. Ewan, 26, won three stages on the 2019 Tour but started this edition on his backside after a bruising fall on crash-strewn opening stage. Known as the pocket rocket and standing 1.65 metres (5ft 5ins), Ewan bided his time and overtook Bennett right on the line. The timely win gives Lotto a double boost after the team was reduced from eight to six riders on stage one when Philippe Gilbert broke a knee while John Degenkolb was thrown off the race for being too slow. 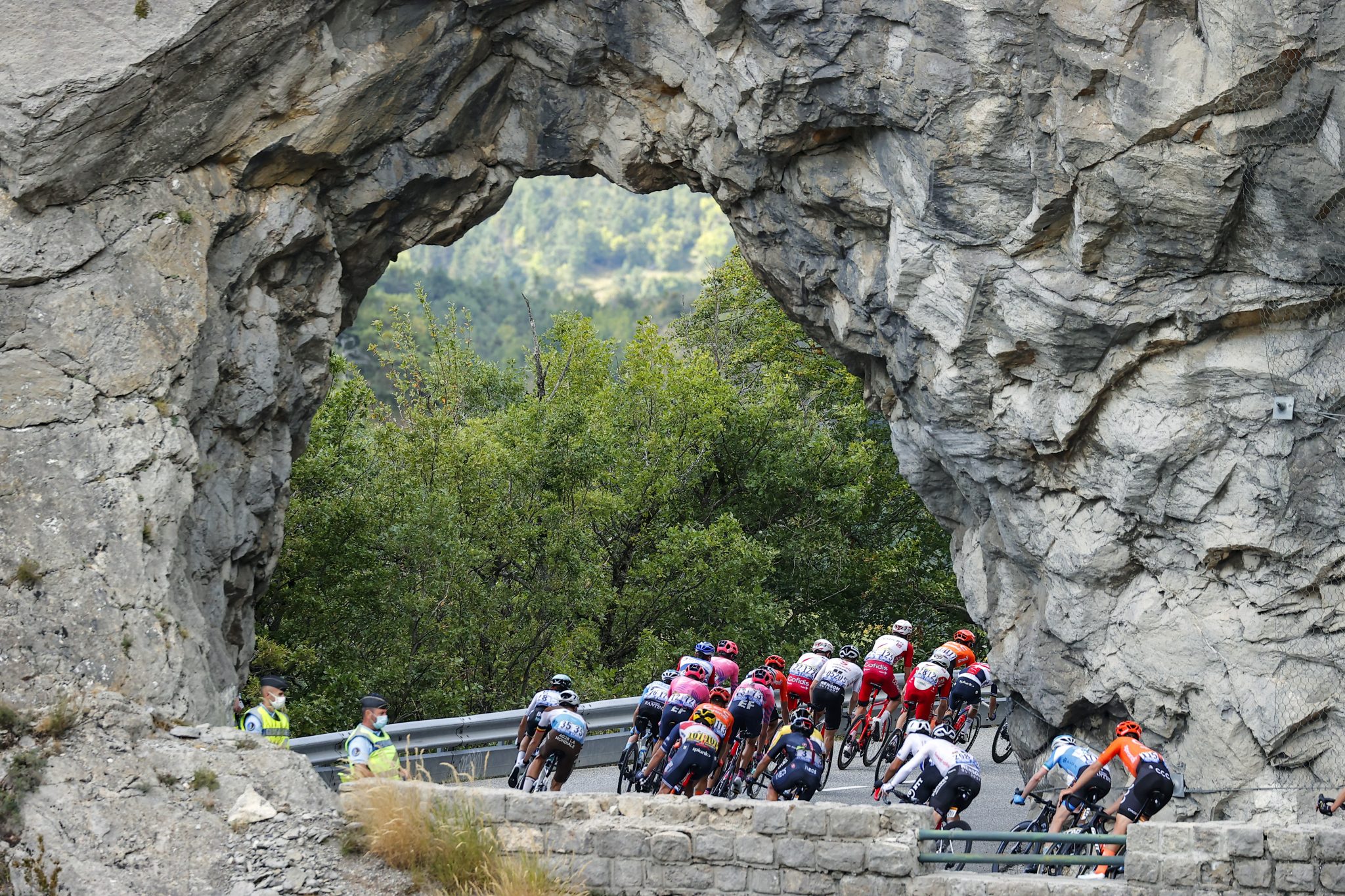 “It worked perfectly to plan, I had to move just at the right moment. It was disappointing to lose two risers on day one, but everyone has pulled together and we’ve done quite well,” Ewan said.

“The world is watching and everyone would like to be here at this, it’s the biggest race in the world and I’m delighted.”

Ewan won three stages on the 2019 Tour. After a rampaging climax to Sunday’s race provided by Alaphilippe, this stage was a more leisurely run through a national park located between the Mediterranean and the foot of the Alps, winding through oak and pine-forested hills.

With around a third of the peloton nursing grazes and bumps from that bruising first stage, and with a speedy stage two in their legs, the teams took it slowly before the Tour was treated to its first real sprint.

“Today was one of the few real sprint opportunities, so we weren’t going to give that up,” Ewan said after stepping from the podium.

Despite the Covid-19 resurgence in France the roadsides in this pastoral part of France were packed with fans on Tuesday. Schoolchildren were out in force chasing the sweets and goodies thrown from the publicity caravan, which is about 70 percent smaller this year, and many were cheering home hero Alaphilippe.

“Winning yesterday really relaxed me,” said Alaphilippe. “It’s a great honor to wear the jersey and I’ll be defending it day by day.”

Tuesday’s stage features a summit finish and a tricky hill-laden route from Sisteron to Orcieres where Alaphilippe faces a real fight from British rider Adam Yates for the overall lead. Just four second separates the two after stage three.

“It’s a difficult stage, I hear. I havent really studied it yet, but we’ll keep an eye on him (Yates),” Alaphilippe added.

Yates, who has signed a deal to switch to Ineos, came fourth in the 2016 Tour de France where he also won the white jersey for the best under-25 rider.

Frenchman Anthony Lopez broke a shoulder in a collision with a Cofidis team car that is being investigated, but amazingly, given how many falls there have been each day, he was just the fourth of the original field of 176 to leave the Tour so far.