As Gravel Grows: Inside the Crusher In The Tushar 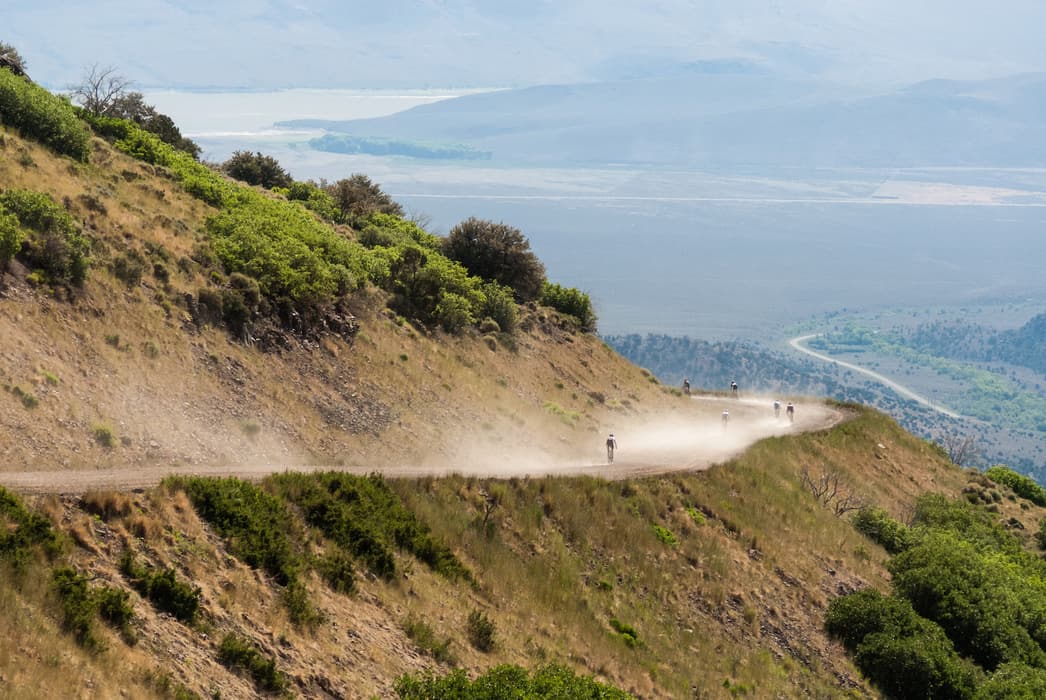 When Crusher in the Tushar first popped onto the scene in 2011, mixed-surface racing was hardly even a thing. Sure, there have been events that incorporated both pavement and dirt into one route, but it had typically always been road bike-friendly dirt, not chunky gravel roads with head-jolting washboard.

Crusher in the Tushar, and its promoter, Burke Swindlehurst, helped grow a segment of events and riding that takes the rules of course design and equipment to an entirely different level in comparison to traditional road events. On July 8th, 600 riders will line up in Beaver, Utah to tackle the Tushar Mountains and try their hand at the Crusher.

We sat down with Burke to hear his insight on the history of the event and the overall segment he had a hand in developing.

Burke, you’re going into year seven of Crusher In The Tushar and the event sells out quicker every year [600 spots sold out in just 24 hours this year]. Did you imagine this kind of success going into the first event?

Well, I definitely dreamed that it would catch-on like it has; but, to be honest, I had no idea if it would gain traction or not. It was definitely a leap of faith on my part and my primary goal that first year was to not go broke in the process and find myself permanently in the doghouse with my most supportive and understanding wife!

In those seven years, the whole mixed-surface and gravel segment has really come alive. What have you found to be the main draw to the riders that are coming to mixed-surface events like Crusher?

I think the biggest draw for people who are new to mixed-surface riding is the excitement of doing something that is completely unknown to them. It’s really an adventure all the way around; whether you’re talking about what unique challenges that a particular course might have in store or even something as simple as traveling to a small town in rural Utah with a funny name. If I had to sum it up in one word, it would be “adventure”.

One of the most interesting things about these kinds of events is the fact that there is no perfect setup for 100% of the course. Maybe a mountain bike is better for one part, and a road bike is better for another. It’s always about finding an equipment balance. If you were racing Crusher, what would your “perfect” setup be?

I’ve been tinkering with the perfect “Crusher” set-up for many years now and, although I don’t get to ride the event myself, I like to ride the course on my own time. That said, I like to emulate my road position, so I prefer a 700C drop-bar bike with disc brakes, tire clearance for at least 40Cs and a pretty big gear range for climbing up anything that might grab my attention. Currently, I’m running a 1×11 set-up with a 40 tooth chainring up front and an 11-42 cassette in the rear. It gives me all the gear inches I need for climbing while still allowing me to pedal up to 35+ mph on the rare occasion that I’m not trying to will myself up a road not fit for man or beast.

Compared to events like Dirty Kanza and Belgian Waffle Ride, Crusher is quite limited in how many entries are available. Why have you kept it limited?

To be honest, I think a lot of the decision to keep it limited in size has to do with my own personality more than anything. I’m a bit of an “introvert” and I tend to shy away from large gatherings, so when the event got up to the 600 rider mark several years back, it just felt like that was the perfect size to me. Not too big, not too little. Enough riders that there’s definitely an atmosphere of energy and excitement, but not so many that it’s overwhelming. I think it also keeps in-line with the small town vibe and grassroots nature of events that really appealed to me when I was racing.

If you could give a first-time Crusher rider a piece of advice before toeing the start line, what would it be?

Don’t overthink it! I know it’s an intimidating event, but I’ve seen some first-timers get so caught up in analyzing the perfect tire pattern, nutrition plan, training, gearing, you name it, that they lose sight of the real intention; having a fun day on the bike in a beautiful place. Sure, there’s plenty of suffering waiting out there on the course, but at the end of the day I want everyone to have a smile on their face and that’s often best accomplished by just taking it one pedal stroke at a time when you get there, not playing out every possible scenario before you get there.

I know I used to work myself into an absolute frenzy sometimes before a race I wanted to do well in, and 99% of the time, once I finished, I’d think to myself that if I’d just saved all the energy I’d put into worrying beforehand I would have been much better off.

Sorry, if that’s a bit nebulous! If I had to choose a specific piece of advice, it would be to make sure you have at least a “1 to 1” gear ratio for the climbing you’ll encounter. In other words, you want a cog in the back that is at least the same size as your smallest chainring in the front. Also, I’d recommend at least 35C tires with some knobs on the side for some bite and traction.

We’ve heard stories about the race route and how you used it in training back in your pro road days when preparing for the Red Zinger road race in Colorado that incorporated dirt roads into its course. Tell us the story behind Crusher’s course.

Yes, I used what is today’s Crusher course to prepare for the Red Zinger back in the early ‘00s, but my history with those roads actually go back to the mid ‘90s. The first time I rode what has now been dubbed by riders as the “Col ‘d Crush” was back in ’96 when I was preparing for Tour of the Gila, which at the time was held in late June.

I knew I wanted to get some big rides in at high altitude; I was living in Northern Utah at the time and itching to get on some new roads and long climbs. I managed to talk a buddy of mine into doing a multi-day ride, so we just started riding our bikes from Logan, Utah, with my hometown of Beaver as the final destination, making an effort to take in as many monster climbs as we could along the route. We’d call it a day after 6 or 7 hours in the saddle, find a motel and sack out.

The ride culminated after 3 days with us riding up the “Col ‘d Crush” out of the Piute Valley to get to Beaver. We were just on standard road bikes, with gearing typical of that time; a 39 tooth small ring and 23 tooth cog in the back along with 23C road tires and some panniers we rigged up with a change of clothes in them.

To say we struggled on the steep and washboard gravel would be an understatement! My buddy had to tap-out halfway up the climb and he flagged down a passing pickup to get a lift to the top. I was nearly reduced to walking several times but finally managed to get to the summit only to find my pal napping under a tree with two empty beers next to him. Needless to say, I was pretty sore at him for not saving me one of those beers! We remounted and picked our way down the gravel into Beaver, but not before patching a couple tubes each to get there.

That was the start of my fascination with riding dirt in the mountains on road bikes. Several years later I  would “connect the dots” while training for the Red Zinger Classic and ride what is now the Crusher course.

For more information on Crusher In The Tushar, visit their website here.