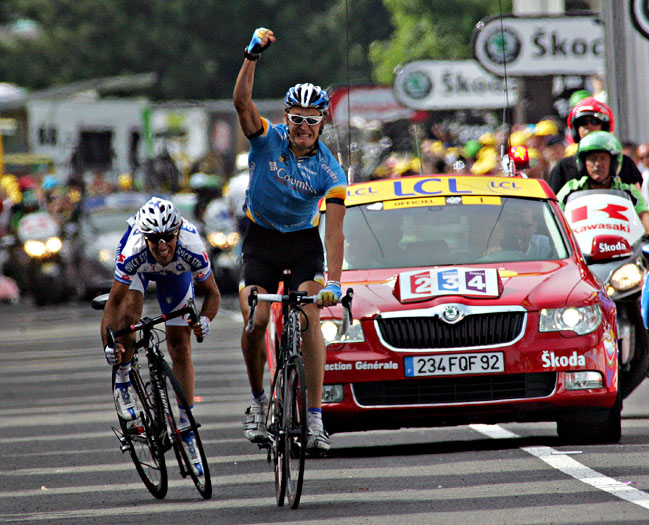 It’s difficult to match the intensity and drama of Stage 17, but Team Columbia’s Marcus Burghardt made sure Stage 18 was action-packed as he out-sprinted Quick Step’s Carlos Barredo at the line to win the 196.5 km Stage 18 today from Bourg-d’Oisans to Saint-Etienne. Burghardt was delighted with his effort which followed an escape at the 60km mark which held up to the end. “I knew Barredo was going to try to pass in the final sprint but I went flat out and just edged through,” said the Swiss-based German, who handed his team a fifth stage win after the quartet of Briton Mark Cavendish, who pulled out once the Tour hit the Alps.A professional since 2005, it was Burghardt’s first Tour stage win. Asked if his win had set him dreaming about one day spending time in the yellow jersey the 25-year-old laughed and told French television: “That’s a long way off – I need to keep things in perspective.”