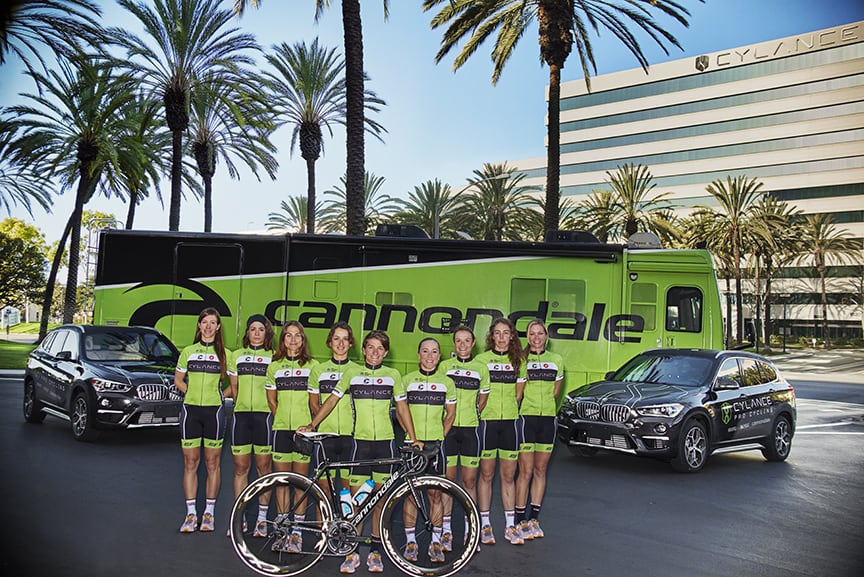 For women cyclists and racing fans alike, the news that the UCI was abandoning the women’s World Cup series with a new World Tour series in 2016 was like a breath of fresh air. As opposed t the previous 10 day race schedule, the 2016 calendar has 35 days of racing split between stage races (including the Amgen Tour of California) and one day classics at Fleche Wallone, Tour of Flanders and the big jewel in the crown, Le Course held on the final day of the Tour de France. 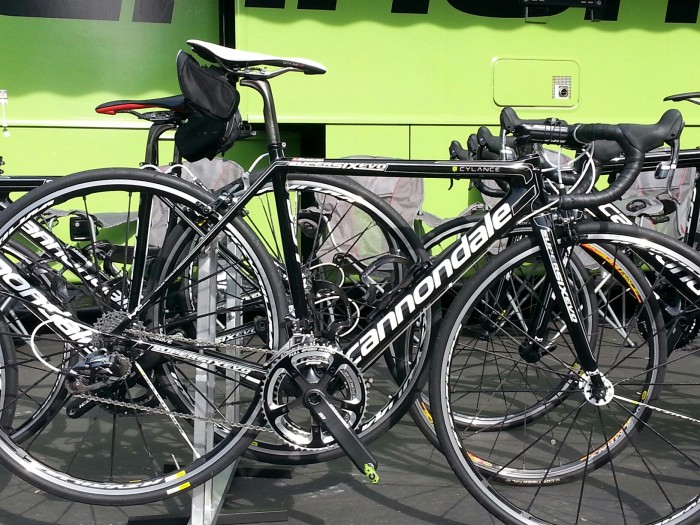 To say that such changes don’t have much of an impact would ignore the very real positive of even one new team being formed. Take the Team Cylance women’s team for instance. As a result of the World Tour, ten women (not to mention the addition of mechanics and soigneurs) have sponsored rides that might not have existed otherwise.

We spent the day with the Cylance squad which is the by-product of Cylance founder Stuart McClure having both the passion for cycling and the means to make a team happen to learn more about the newest team on the block.

Cylance is a cybersecurity company that within three short years continues to grow an international foothold. As we rode through the foothills of Orange County, Stuart told us the reasoning for his sponsorship was two-fold, “I’ve been an avid cyclist since the 80’s and honestly, I just think that team sponsorship gives us a strategic advantage in our marketing efforts in new locations. There are a lot of incredibly talented women riders out there and I think this team can help be a catalyst for them to reach their potential as athletes.” 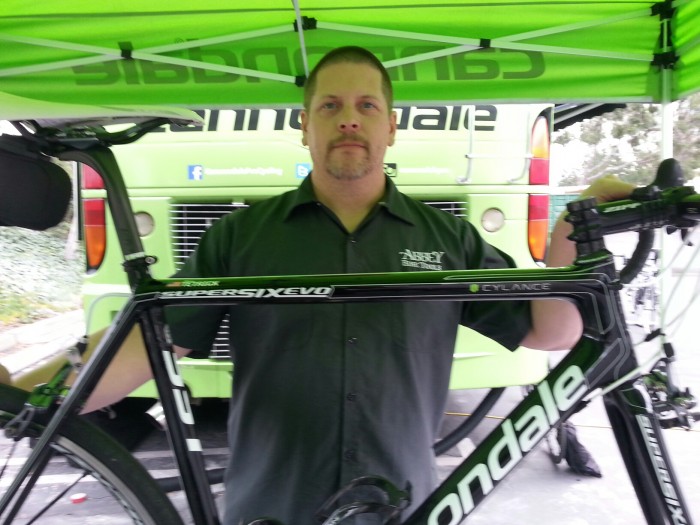 Back at the truck we talked to team mechanic Win Allen (proprietor of Win’s Wheels bike swho has wrenched for the Cannondale pro men’s team previously) about what is what like to work with a women’s team. “One thing for sure is that they are much more appreciative than the guys. They say “please” and “thankyou” for everything. I think they recognize that they have a great opportunity here where they are getting the best equipment from sponsors like Cannondale and Mavic versus the lower level stuff that a lot of women’s teams usually get.”

The Press Release
Cannondale, a premium brand of Cycling Sports Group, part of Dorel Industries, Inc. (TSX: DII.B, DII.A), today announced a partnership with Cylance and Inspire Sports for Cannondale to become the official bike sponsor of the newly-formed Cylance Pro Cycling team.  Cannondale’s sponsorship of the team, which will compete on the inaugural UCI Women’s WorldTour, marks the expansion of Cannondale’s support of women’s elite-level racing.

“Cannondale has sponsored some of the most famous and recognizable teams in cycling history and we are proud to increase our involvement in elite racing in 2016 with the addition of the Cylance Pro Cycling team,” said Brian Immel, Vice President, Global Marketing, Cannondale.  “We believe that these world-class athletes racing at the UCI Women’s WorldTour level will be an inspiration to the growing global women’s cycling community.”

Cannondale will provide its complete range of award-winning race bicycles, including the all-new SuperSix EVO, Synapse and Slice RS to the team.  Cylance Pro Cycling, a United States-based team, features an elite roster of athletes, including Americans Shelley Olds, Krista Doebel-Hickok, Alison Tetrick and Erica Zaveta; Valentina Scandolara and Rosella Ratto of Italy; Sheyla Gutierrez of Spain; Doris Schweizer of Switzerland; and, Katheryn Bertine of St. Kitts & Nevis.  The team will race a full Women’s World Tour calendar in 2016, with many of the athletes targeting the 2016 Olympics in Rio.

“Cannondale is a leader in the cycling industry, not only for their products but for their vision of furthering the sport of cycling,” says Omer Kem, founder of Inspire Sports. “We believe our roster of elite athletes and Cannondale’s exceptional bicycles epitomizes the perfect partnership for success.”

“This partnership between Cannondale and Cylance brings together powerhouses in both professional cycling and cybersecurity – combining technology, art, strength and strategy to overcome complex challenges and achieve success,” said Stuart McClure, CEO of Cylance.  “The dedication, discipline, perseverance, and drive to win of these Cylance Pro Cycling team members is a perfect reflection of the Cylance culture and we are proud that they will each wear the Cylance jersey.”