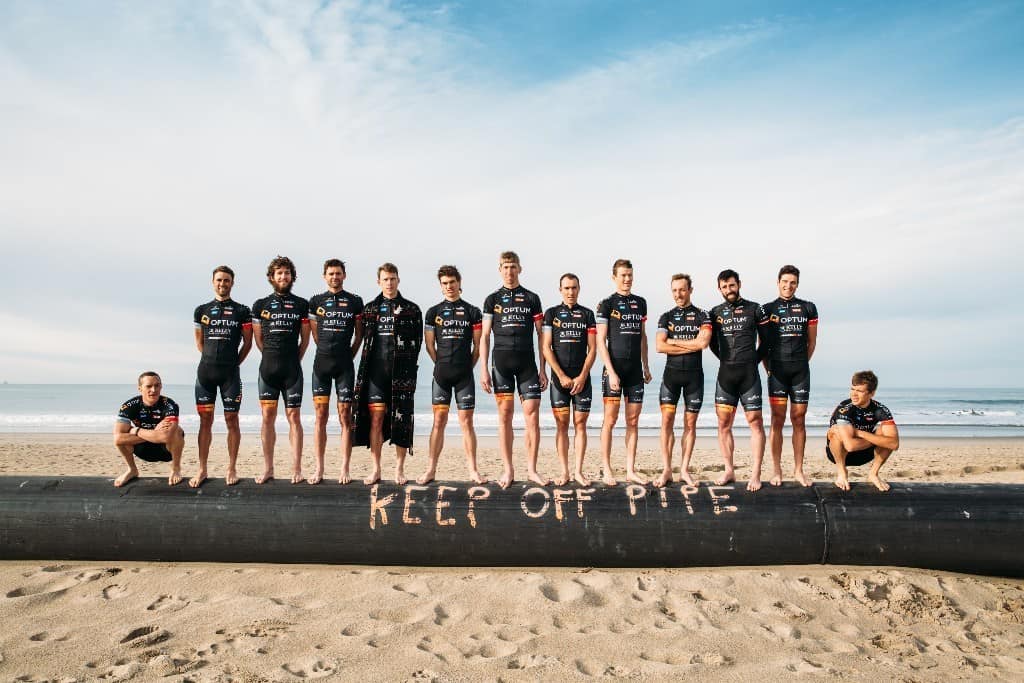 Optum Pro Cycling presented by Kelly Benefit Strategies finished 2015 in first place in the UCI America Tour. The UCI America Tour title is in addition to finishing the season as America’s top ranked continental men’s program. The team topped the ranking with strong, consistent performances throughout the season, highlighted by several high ranking stage wins, top tens, and general classification finishes in UCI races. The team skipped events in South and Central America but amassed an insurmountable lead of 494 points due to its successes across North America. The Funvic – Sao Jose Dos Campos team from Brazil finished second with 481 points. The Hincapie Racing Team was third with 400.

“This is a great end of the year bonus for our team and we are proud to be the number one team in the Western Hemisphere for 2015,” said Performance Director Jonas Carney. “It’s an accomplishment that our athletes and staff can take pride in.”

“The UCI America’s Tour wasn’t really an objective entering the season because we had no intention of chasing points in Central America, South America, or the Caribbean. Winning the overall without racing South of the border didn’t seem like an achievable goal, but somehow the guys pulled it off. It really highlights how strong our team is and validates our 2015 season.”

Optum p/b KBS’s rise to the top of the standings was led by Michael Woods. Woods’ performance at the Tour of Utah had a big impact on the team’s overall victory – thanks in part to the race upgrading to HC status. Woods victory in stage 5 and second overall garnered him 124 points out of his 179 total. Woods added to his Utah point haul with a second place at the Philadelphia International Cycling Classic. He also had strong rides at the USA Pro Challenge and Tour of Alberta. Wood’s’ consistency paid off for the team, and allowed him to climb to third in the individual UCI America Tour rankings.

In addition to Woods’ performances, Eric Young scored an additional stage win in Utah.  This complemented another stage win at the UCI ranked Tour of the Gila. The southern New Mexican stage race also saw Tom Zirbel score a victory in the stage 3 time trial. In addition to his stage win in New Mexico, Zirbel was consistently strong in time trial events throughout the season, adding considerable points to the team’s final tally.

The team’s dominance of the Canadian National Championships brought in 70 points, with Guillaume Boivin and Ryan Anderson going 1-2 in the road race. Anderson was again part of another 1-2 performance in Canada that garnered the team a sizable amount of points. At the White Spot Delta Road Race in British Columbia, Eric Young and Anderson crossed the in line in first and second, collecting 70 points.

The Optum p/b KBS women’s team finished the 2015 season ranked 13th in the world out of 36 teams with 612 points. Leah Kirchmann, winner of the American National Racing Calendar, led the point haul for the women with 287. Brianne Walle scored 96. Jasmin Glaesser scored 94, Lex Albrecht 55 and Alison Tetrick another 50.