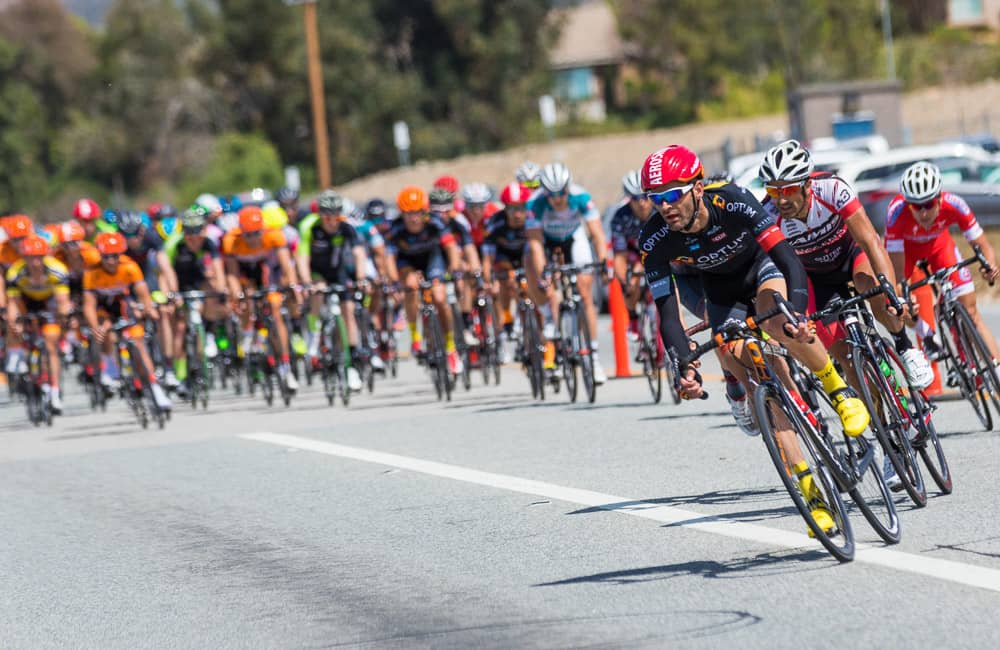 The Orange and Black completed their most successful campaign in ten years of racing at the classic NRC opener Redlands Bicycle Classic this weekend. The men’s team won two stages and brought home the yellow jersey on the shoulders of Phil Gaimon, while the women landed on the podium four out of five days and helped crown Lex Albrecht Queen of the Mountains. Follow the links below to read insight from both teams and see photos from Alex Chiu from the stellar week of racing in the L.A. Basin.

Phil Gaimon capitalized on the incredible efforts of his teammates at the Redlands Bicycle Classic, taking home the yellow jersey after five days of savvy, hard racing for the Orange & Black. After ten consecutive trips to the Redlands Bicycle Classic, The United States’ first major stage race of the season, Performance Director Jonas Carney was most certainly hungry for an overall win. Chad Haga, now riding in the WorldTour with Giant-Alpecin, claimed second in 2013 after a hard loss on the final stage. Tom Zirbel suffered a similar fate in ’13, finishing third. In 2012, former team captain Alex Candelario and recently retired Mike Friedman finished fourth and fifth overall, so the time was ripe for a complete defense of the yellow jersey.

The women of the Orange & Black brought home the Queen of the Mountains prize for Lex Albrecht and 2nd on team classification at Redlands Bicycle Classic, the NRC’s classic Southern California opener which saw the very best domestic women’s teams compete for the first time on US soil. The team finished in the top three in stages one (Brianna Walle, 3rd), two (Jasmin Glaesser, 2nd), four (Leah Kirchmann, 3rd), and five (Brianna Walle, 2nd), missing out on stage wins by a few feet, or a few seconds in the case of Glaesser’s TT runner-up finish in stage two, which saw her take her first yellow jersey and podium in NRC racing. The team stacked the top 15 in the overall classification with Walle in 5th, Glaesser in 6th, Amy Charity in 10th and triple Canadian champion Kirchmann coming home in 11th place.

Performance Director Patrick McCarty, Lex Albrecht, and Brianna Walle share their thoughts on the team’s podium-heavy week in the L.A. Basin at optumprocycling.com.