Team Sky are excited to announce that Leonardo Basso will join the team next season, completing the rider roster for 2018. The 23-year-old Italian will turn pro with the team and will shortly join up with his new team-mates at Team Sky’s December training camp in Mallorca. On joining the team Leonardo Basso said:

“It’s a dream come true to be joining Team Sky. My main objective is to help the team wherever I can. I want to learn about the job and what it means to be a pro bike rider. I want to learn as much as I can from my team-mates and increase my level day by day. “From watching the team you can see they have a clear focus, they pay attention to equipment and the details that go into cycling. It’s impressive to see the innovation and to now be a part of that.”

Team Sky Sport Director Dario Cioni said: “We’re happy to see Leonardo turn pro with us next year. He’s got potential and we want to see where we can get to working together. “He’s not a true sprinter but he can survive the punchy climbs and he has the speed to sprint from smaller groups. We’ve seen him pick up some results there in the last few years. “He’s another good addition to the group of young guys who are developing within the team.”

Looking at the roster of young talent being built at Team Sky, Team Principal Sir Dave Brailsford has said: “We are establishing a group of exceptional young riders at Team Sky. I have no doubt they are going to make a big impact and be an important part of our future. “They have chosen to come to Team Sky because they know that our team is a place where they can best fulfill their potential, achieve their goals and be part of a winning culture. “I believe the group of home grown and international young talent we are building represents the brightest future we have ever had at Team Sky.” 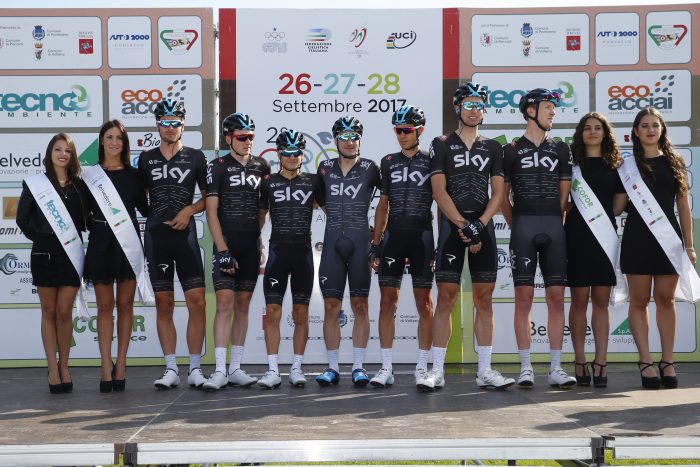