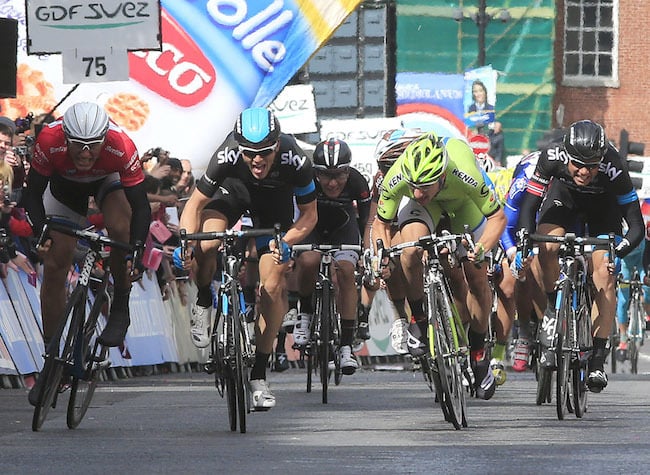 OLD IS THE NEW NEW

British cyclist Ben Swift will return to Team Sky in 2019, the team announced Monday. Swift joined British team Sky for their launch in 2010 but left in 2016 and has spent the past two seasons riding for UAE Team Emirates.

“Obviously I know the ins and outs of the team,” the 30-year-old added. “I feel really comfortable here and it’s a place I’ve grown as a rider.”

Swift’s leading results as a race rider, including podium finishes in Italy’s Milan-San Remo race in 2014 and 2016, came while he was with Sky.

Injuries blighted his Emirates career, although he did still manage a fifth-place finish in last year’s road world championships in Bergen, Norway while riding for Great Britain.

Rod Ellingworth, Sky’s performance manager, said the team would look to Swift to mentor their young riders in addition to his personal results.

“Ben has got a crucial role to play next season,” Ellingworth said. “He’s not only a fine rider in his own right, but he’s also a superb role model for the younger riders on the team to learn from, as we look to bring through the
next generation at Team Sky.”