Gianni Moscon of Team Sky was again in the spotlight for the wrong reasons on Wednesday after a rival cyclist accused him of purposefully causing a fall in which he broke his elbow.

Switzerland’s Sebastien Reichenbach said the 23-year-old Italian pushed him to the ground in the early part of a race in Italy on Tuesday.

“A complaint has been filed,” Reichenbach’s FDJ team manager Marc Madiot told AFP. Moscon was suspended by Sky for six weeks in May after racially insulting Reichenbach’s teammate Kevin Reza on the Tour of Romandie. Reichenbach publically expressed outrage at the time.

Moscon tweeted his best wishes to Reichenbach after Tuesday’s race, saying he was sorry and wishing him a quick recovery. But in Wednesday’s edition of Swiss newspaper “Le Nouvelliste” Reichenbach, who according to his team is likely to be sidelined for three to four months, appeared in no mood to accept the apology.

“Many riders saw the incident and are ready to testify in my favour. It was a deliberate push,” insisted Reichenbach. Moscon is one of the rising forces of the peloton and was well placed in last month’s world championships at Bergen before being disqualified from the road race after footage emerged of him being towed by the team car. He also came fifth at this year’s Paris-Roubaix classic. 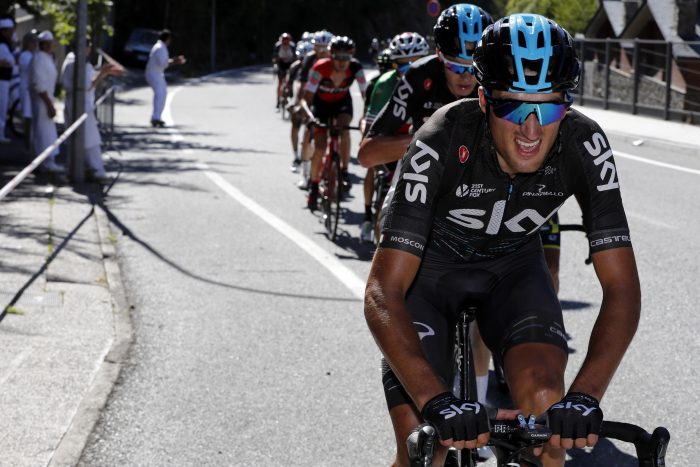 The Pablove Ride Finishes In Malibu