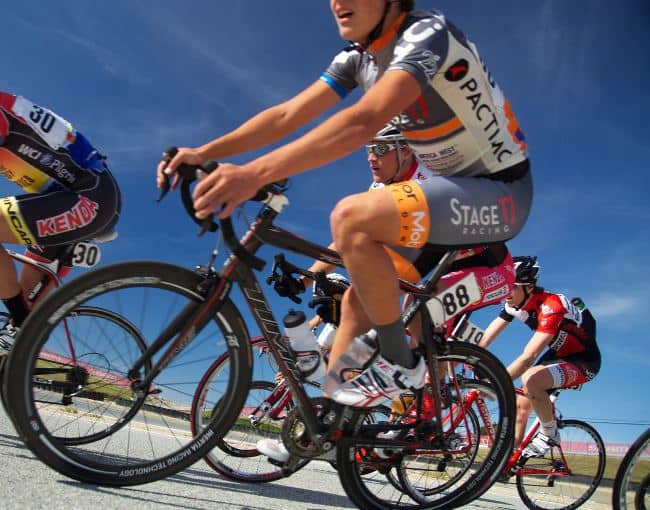 Following a successful close to its first complete season, Stage 17 Racing, a development cycling team owned and operated by STAGE17.ORG, is proud to announce its 2013 roster which includes seven returning riders and seven exciting additions. Stage 17 Racing spent the majority of 2012 battling with much more experienced pro teams and riders, but still managed to take home numerous accomplishments. The team remains focused on fostering clean, mature athletes prepared to become the next crop of elite America cycling champions.

‘We’re looking to build on our successes in 2013 – our goals will continue to be set on development as well as a national championship,’ said Michael Roecklein, Director Sportif, Stage 17 Racing. ‘Our chances in achieving our goals have increased as we welcome back a number of our riders from 2012 who now have a year of racing at a national level under their belts while adding some tremendous talent including our first international riders.’

Returning for their second year with the team are Andrew Sjorgen, Ben Bertiger, Bryan Larsen, Danny Katz, Michael Valdez and Tosh Clements.  Larsen will be loaned for part of the season to the Belgian team, DRC de MOl, before his return to the states in time for U.S. Nationals.

Alex Bowden (formerly Team Type 1) and Rene Corella (formerly NWVG ? Bike4Air) will add European experience to the squad and, with Corella, a former Mexican U23 Road Race Champion (2011). Bowden spent a majority of his cycling career with Team Type 1 and is looking forward to the difficult races on the team’s schedule such as Redlands Bicycle Classic, Joe Martin Stage Race and Tour of the Gila.  Corella spent time in Netherlands with NWVG – Bike4Air team and is shifting his focus to the Elite Pro Mexico National Championships for 2013 after winning the U23 version in 2011.

Stage 17 Racing will provide four juniors with their first experience racing at a national level. Gera Medina and Nash Jacquez both make the transition from Stage 17 Racing’s junior program, Major Motion Development. Medina topped off a phenomenal season with a stage win and fifth overall at the Tour de l’Abitibi while Jacquez has proven himself to be a dedicated hard worker. Ian Moore and Kyle Torres come to us from the phenomenal Team Swift and Team Specialized Juniors programs. Moore and Torres are both devastating time trial threats and are anxious to test their mettle against the nation’s top talent.

New for 2013 is the addition of Daniel Harm in a dual assistant director/rider role.  Harm will spend the majority of his time with the team helping develop their race awareness and helping team management coordinate the logistics of moving a 14 man team throughout the country. Harm’s personal pursuit on the road will be the US Elite Time Trial Championship, where he finished second in 2010. Returning in his team consultant and guest rider role is reigning US National 35+ Road Race Champion, Rudy Napolitano.

Stage 17 Racing is proud to be partnered with the following sponsors in 2013: America West Natural Hazard Disclosures, a leading provider of natural hazard disclosures; iRT Wheels, formed in 2010 with the goal of reinventing the riding experiences of everyone from world-class athletes to the casual rider; Pactimo, providers of high quality custom cycling apparel in five weeks or less; Spy Optic, makers of function-forward facewear for fast fashion freaks; Cytosport, makers of performance inspired products that safely address the needs of athletes and active lifestyle individuals; Limar, makers of the world’s lightest helmet; Cascade Bike Trainers, helping people stay fit and live healthier with their health and fitness products; EastWest Bikes, the premier independent bike boutique of Southern California; Swiftwick, innovator in designing and producing the best active wear products on the planet; as well as SDG Components; Thomson; Superfeet; Bike Pure; and Gibson Law Group.

Additional information about Stage 17 Racing can be found at www.stage17.org or www.facebook.com/stage17racing.
Press Release