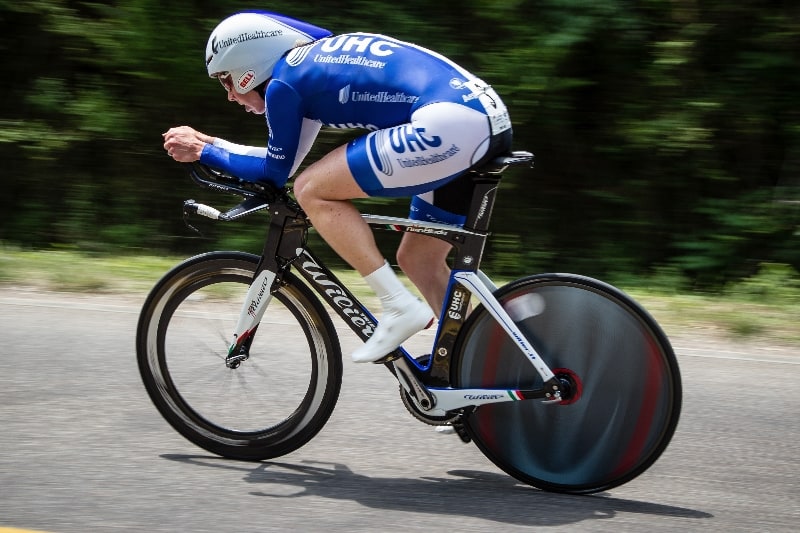 Team UnitedHealthcare stormed the front of the race, winding in and out of the darkness in what was an intense 60-minute downtown criterium, catching a solo break with a few laps to go and calculating the finishing sprint to near perfection.

Following the race, winner Luke Keough said, ‘The team rode perfectly tonight. They took over with 15 laps to go and I just had to cross the line first. This is a very driven group of guys and we have been racing well. Our goal is to keep that going.’

Alzate stated, ‘I think the team is very strong. We work hard and do our best with every crit. We take nothing for granted.’

A crash in the final laps splintered the field behind them, but having the entire team on the front helped the Blue Train escape the carnage. From the beginning of the tightly controlled race, Teammates Brad White and Adrian Hegyvary drilled the front, working hard to deliver their teammates to the line.

In his post race interviews, Menzies also credited teamwork as the reason the boys were able to capture all three spots on the podium and pointed out the ever-consistent Herculean effort put forth by White and Hegyvary.

Praising his mates, Menzies said, ‘Brad and Adrian are the main reason we ended up sweeping the podium. You don’t see them up there but they deserve a lot of credit. Everyone has their job to do on this Team and everyone did their job tonight and we’re happy to get the results we did. This is a great start to the Tulsa Tough.’

Menzies also talked about Team UnitedHealthcare’s approach to racing, saying, ‘Each race is a new race and we take nothing for granted. Each team has their strategy going in and we have our plan. It’s very methodical the way we go through these races. There is a solid group of about six of us that have been doing crits all year and we love it. We’ve gelled really well and we’re fortunate to have a really strong team. We’ve had a good year so far and we’re trying to keep it rolling here at Tulsa Tough.’

Menzies was also most complimentary of the field, saying, ‘We admire our competition and give them a lot of respect. That keeps us at our best and we have to be at our best to perform against the other teams. You’ve got some huge competition here in Tulsa. There are some real class riders here. Tomorrow night is going to be a big night. There are a few sprinters that missed out tonight, so I’m sure they’ll be back with a vengeance tomorrow.’ Menzies added.

Being There: Inside the Northwave Factory