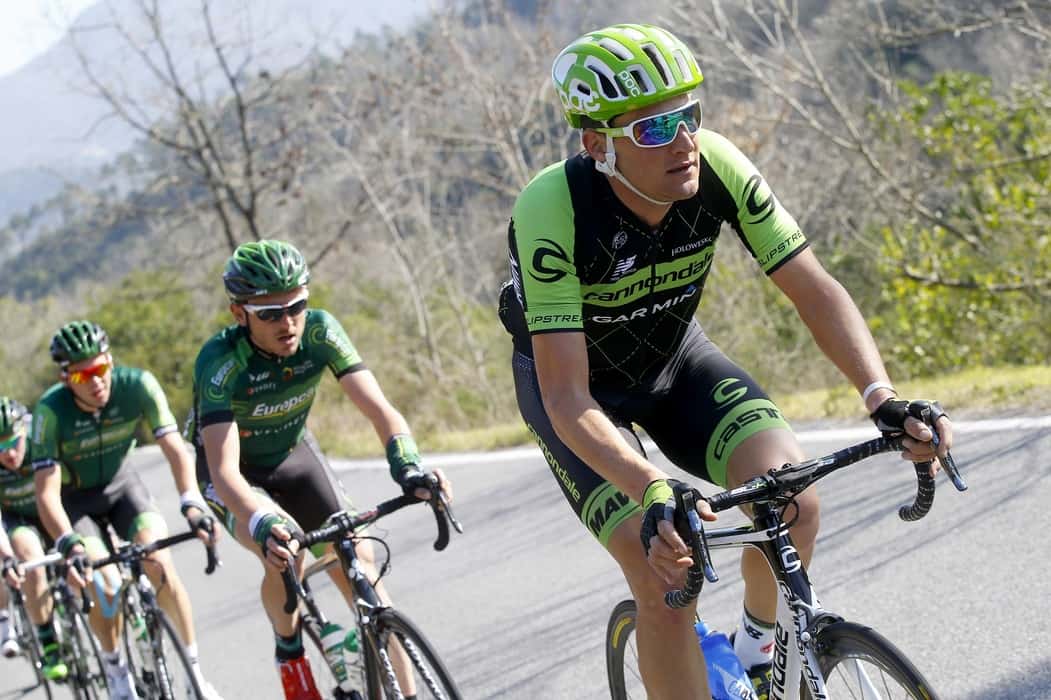 After a 10-year professional career, Ted King has announced that 2015 will be his final season in the pro ranks. King has spent the majority of his career on Liquigas, which then became Cannondale and is now Cannondale-Garmin, where made a name for himself as one of Peter Sagan’s key domestiques throughout the Spring Classics. At only 32 years old, King could still have a number years left at the height of the sport, so his announcement comes as a bit of a surprise. We caught up with him to get a glimpse of Ted King as the racer, and what he plans to do next.

RBA: What will you be doing with yourself after the 2015 season comes to a close?

King: Cycling is a fascinating job because it doesn’t operate as a nine-to-five. You eat, sleep, breathe, and live the sport 24/7, so the relationships we develop are incredibly deep. I have my hands in a few projects, but a lot of the future is still taking shape. So while I’m stepping away from professional racing, I’ll always ride with a some type of purpose. I’ve developed the Krempels King of the Road Challenge and have become involved in social, environmental, and worldly causes all related to the bike. Plus, I will always love the simple joy of riding. Where the early season in my life the past many years has been characterized by the Spring Classics, I’ll be looking for a classic adventure (yes, word-play intended). Fondos, group rides, pop-up rides, the 200 Not On 100, dirt, dirt, dirt, the list goes on. I’m also thrilled to have started a company that I’m passionate about and that’s close to my New England roots. UnTapped is growing really well and that’s something I’ll pour lots of energy into.

UnTapped Beginnings from UnTapped on Vimeo.

RBA: Does it motivate you going into each remaining race knowing that it’s the last time you’ll ever be doing that event?

King: Yes, I have a pretty cool perspective each day knowing there’s a finality to it all. This decision has been a long time in the making, but it was fairly early into the year that I recognized 2015 was going to be my final year racing. My motivation from that point forward remains sky high because I want to go out without any regrets. Knowing that each experience is potentially the last of its kind gives me the chance to look around and take in each moment. It’s each experience that I really embrace — each training ride, each interval, each race, the time spent with the team, and so on. This job provides some unique opportunities and I’m excited about every day.

RBA:  What’s on your “to do” list the rest of the year in terms of races and goals?

King: On the immediate horizon is a camp up at altitude with Tour of California directly after that. From there I’ll tackle nationals and get back to New England for the first time in a half year, which I’m excited about because I can hit up my 10-year college reunion before going back to Europe with Route de Sud in June. Beyond that is still a rough outline with a chance for pretty much everything. I’ll finish off this first half of the season before I go full bore into 2015 2.0. Honestly, I’m just taking it in day-to-day, which is a perspective I embrace.

RBA: What are some favorite memories from your racing career?

King: I have very strong memories lots of the firsts that took place over these ten years. I remember my first Tour of Flanders, lining up on the start and being surrounded by tens of thousands of fans in one small city square and hundreds of thousands more waiting out on the road for us to rip by. The first time I raced the World Championships and the first time wearing red, white, and blue as a national team member in Belgium. I remember my first training camp, literally my first race, and obviously my first Tour de France is one I’ll never forget; it’s the culmination of countless hours and so much of your life spent dedicating to a cause.

RBA: Do you see yourself doing any more racing in the future?

King: Absolutely. Like I said I love the simplicity of riding a bike. The energy and emotion that you put into riding is so rewarding. Plus I just love going for smashing rides. There isn’t much I like more than looking at a map and guessing where roads lead, hoping that you can piece together a loop over terrain I’ve never ridden. I’ll be deep in the woods, the road is deteriorating, and I can’t help but laugh a little bit knowing that I’m on some gnarly jeep trail or goat path that likely has never seen a bicycle. Then lo and behold, I’ll (hopefully!) make it out the other side. Gravel is so rad!