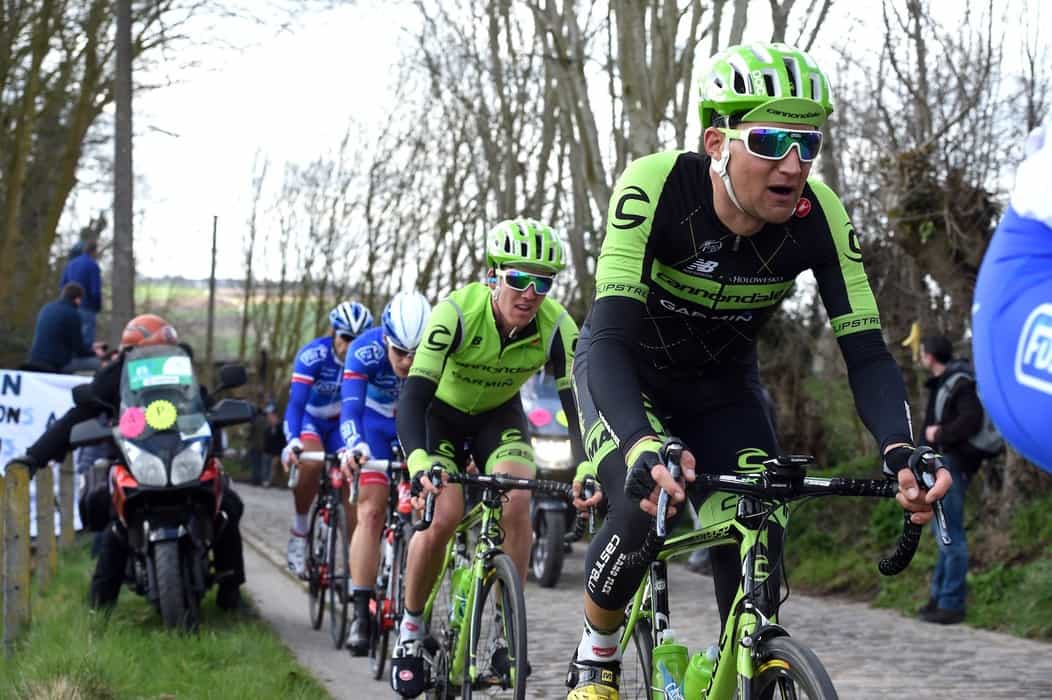 Ted King is a special breed. He’s one of a small contingent of riders that cherish the brutality of the cobbles and foul weather that comes along with the Spring Classics. Maybe it’s his New England upbringing where he weathered many winters on his path to the pro ranks, or maybe he’s just a hardened bike racer from the countless miles he’s endured. Regardless, Belgium in the springtime with its rain, wind, and cobbles is right where he wants to be. As Ted would tell us, experience is key to getting through sector after sector of cobbles in one piece, and he’s been kind enough to pass along his five best tips for cobble dominance. Whether you plan to ride the Tour of Flanders or Paris-Roubaix cyclosportives some day, or simply apply the information to your next outing on gravel roads, here you go.

1- Arrive at the cobbles with as much speed as possible. It’s easy to lose speed quickly on pavè and difficult to gain it back. Momentum is your friend.

2- Keep cadence high. In the heat of the moment it can seem intuitive to grind a big gear, but over the course of a long day this will sap energy. Especially after a few hours in, still trying to push that gear will begin to feel like riding in quicksand. Spin to save your legs.

3- Be alert. Keep your eyes and ears open for the minefield of cobbles in front of you, as well as riders who will make drastic, darting movements—intentionally or not. Focusing up the road allows you to look for the smoothest line, which most often is the crown in the center of the road. (“Smooth”, you’ll find, is a very relative term. In fact, so is the word “road”.)

4- Keep hands loose on the handlebars. Ideally they’re on the tops and steering takes almost a loose, “floating” feeling over the cobbles. On the opposite end of the spectrum is a ferocious death grip and harsh, abrupt steering. Additionally, there’s going to be friction with all the vibration and the last thing you want is blistered hands after five hours in the saddle.

5- Take a step back and embrace the insanity of it! The most notorious sectors of pavè were designed for transporting livestock, tractors, and military vehicles a century ago across northern Europe. Take in the fact that you’re (voluntarily?) pedaling a presumably very expensive bicycle in these conditions.