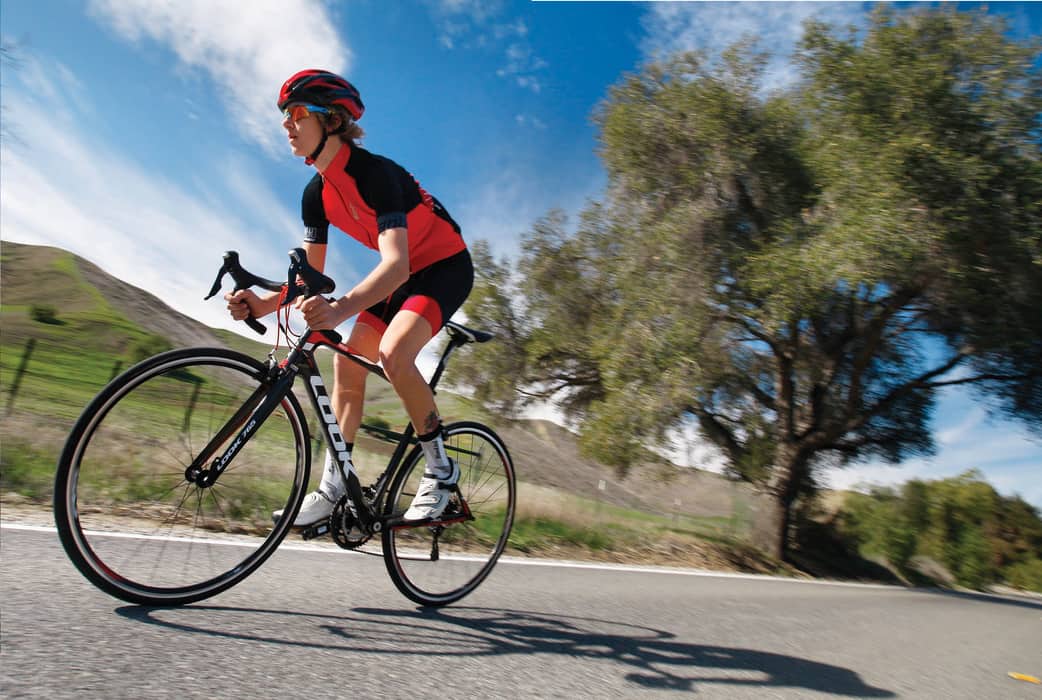 Share
While race fans most likely know about Look because of the French brand’s success in the pro peloton, the company warrants even more esteem from cycling enthusiasts at large thanks to its string of race-inspired product innovations that reach beyond the pro peloton. From being one of the forerunners of the clipless pedal design way back in 1984 to offering the world’s first monocoque carbon fiber frame in 1990 to enhancing contemporary road bike integration in the form of its 795 aero-road bike, Look has a history of pushing the boundaries of design and out-of-the-box thinking. And that trend continues with Look’s newest model, the 765.

Look says that the 765 was derived from the brand’s 695 road-race bike, which puts a large emphasis on stiffness and low weight, and one can see some shared DNA in the various tube shapes. But the 765 was designed as an endurance road bike, one that Look says will help its customers “ride further, longer.” To accomplish this, the 765’s frame is made from a combination of carbon and natural linen fibers, and Look claims that these linen fibers help filter out vibrations over rough roads. It’s a similar concept to other manufacturers’ attempts to smooth out a bike’s ride quality through the inclusion of specific material inside the frame, most notably Bianchi’s Infinito CV. But Look is the first we’ve come across to utilize natural linen.
Other endurance characteristics on the 765 include relaxed geometry that can more easily accommodate an upright riding position. Our small-size test bike featured a 164mm-tall head tube, and head and seat angles of 70.8 and 74 degrees, respectively. The 765’s chainstays are quite tall and, in a move to help ensure plenty of pedaling stiffness, are asymmetric, with the drive-side chainstay being noticeably larger than the non-drive side. But the seatstays are very thin, a common trait among bikes designed with a premium on comfort. The 765 frame also runs with a PressFit30 bottom bracket and internal cable routing with interchangeable end stops to accommodate either mechanical or electronic groupsets.

Our version of the 765 is the least expensive available at a penny under $2000. It features a mixed drivetrain of Shimano 105 shifters and derailleurs and an FSA Omega crankset. The cockpit components are also from FSA, while the saddle is a Selle Italia Flow. The bike rolls on a set of Shimano RS10 wheels wrapped in Continental Ultra Sport II tires. The 765 can be had in two other builds: Shimano Ultegra 6800 ($2799.99) and Ultegra Di2 ($4299.99).

The 765 serves up one of the tallest head tubes (relative to top tube length) that we’ve come across in quite a while, so the testers among us who prefer a long-and-low riding position were initially put off. But the 765 wasn’t designed for racing or ensuring that its rider can achieve maximum aerodynamic efficiency, rather providing the rider with a comfortable ride quality for long days in the saddle. And to that end, the 765 does a fine job. The bike’s overall stability and smooth handling are a boon for anyone looking to put in plenty of miles, and there’s plenty of stiffness in the bottom bracket shell for long, sustained pedaling efforts. Quick, snappy accelerations are not the 765’s forte, however, and combined with a weight of just over 19 pounds, this means that the 765 is less than ideal for fast group rides with plenty of climbing.
Overall, comfort is right on par with many other endurance road bikes in the 765’s price range. The frame and fork do well to help mitigate high-frequency road chatter, but not dramatically more so than a comparably priced bike without natural linen fibers in its makeup. So, we suspect that the 765’s tube shapes still have the biggest impact on its ability to smooth out the ride. The component package is highly functional as well and, perhaps best of all, the 765 offers up a sharp-looking paint scheme in Look’s signature red, blue and yellow palette.

Look’s latest foray into the realm of endurance road bikes is an impressive effort. The 765 offers predictable steering and a stable ride quality with an upright (some might say overtly so) riding position. The frameset does well to reduce plenty of road vibrations, but whether that’s due more to the bike’s combination of tube shapes or its use of natural linen, well, we’ll just have to wait for the lab test results to find out. Regardless, the 765 is a great option for anyone shopping for a value-based bike that’s more comfort-focused than performance-driven. 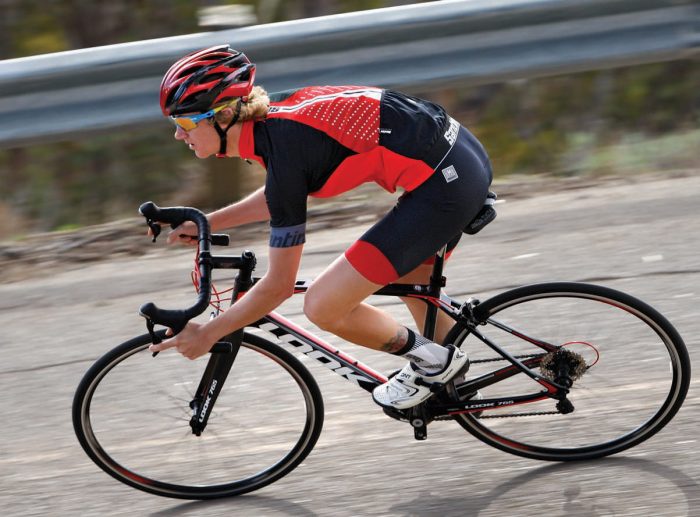 Being There: Lunch Stop at Cafe Bianchi