Years after it first launched, the Shimano power meter makes an appearance 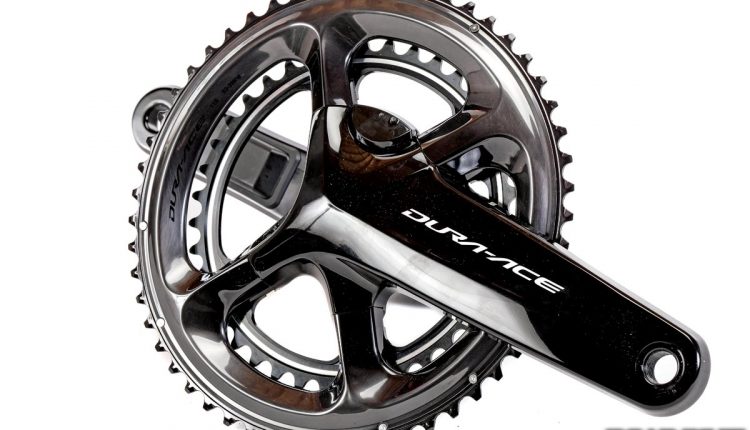 SHIMANO (FINALLY) PUTS THE POWER DOWN

As we all know, power meters have become a product category as popular (and for some as necessary) as helmets and saddles. In fact, the concept of using a power meter is so popular that in the last year the vaunted gizmos have begun showing up as a value-added feature on many production bikes.

Shimano actually soft-launched their own power meter plans back in 2016. Unfortunately, the FC-R9100-P (aka the Dura-Ace dual-sided power meter cranks) ended up being delayed longer than the rest of the 9100 offerings. For this reason, the hype faded, and many forgot that it was even an option. But, the units have finally begun delivering, and after an extended test of the Shimano Dura-Ace power meter, we can see why it might be the better option for most and worth the wait.

The R9100-P is a four-bolt 9100 Dura-Ace crank but with independent right and left strain gauges installed. It has Bluetooth and ANT+ for connection. The left is a slim but visible unit installed on the inside of the arm. It adds 6.7mm to the inside clearance and, in few cases, could contact the chainstays.

On the drive side, the unit is also installed on the arm but behind the chainrings, making it compatible with all the same ring combinations as the non-power 9100 crank. Like many of the other brands, the small and low-profile drive-side unit does have a small outward-facing part that sits between the chainring arms. This has a small cover that hides the charging port connection. There is also a single button with LED indicator.

What really sets this power meter apart is that the left and right units are wired together through the Hollow Tech 2 spindle. The spindle also houses the rechargeable battery that is said to offer 300 hours of life before needing a recharge. Because of the way the two sides connect, Shimano has also slightly modified the non-drive-side arm. There is a new insulation ring/cap and a very slick flush cover that in our opinion enhances the look of the crank over a stock 9100 crank. The whole system adds about 70 grams over a stock crank.

There is no syncing the two units together since they are wired through the spindle. Using the E-Tube app on a mobile device, you can connect to the Bluetooth and check connection as well as functionality.

As all rides with a power meter should start, you need to calibrate the unit. This can be done from the connected head unit or using the physical button on the unit. During our long-term test, the head unit always returned the same 5050 offset. This is most likely not the actual offset number like you might see using other units, but instead the code that it was successful.

We tested this unit alongside a few other power meters we have on hand and got consistent readings. The unit offers true left/right balance, as well as accurate total power. During sprints and high-power efforts, the Shimano unit recorded accurately when compared to the other units. 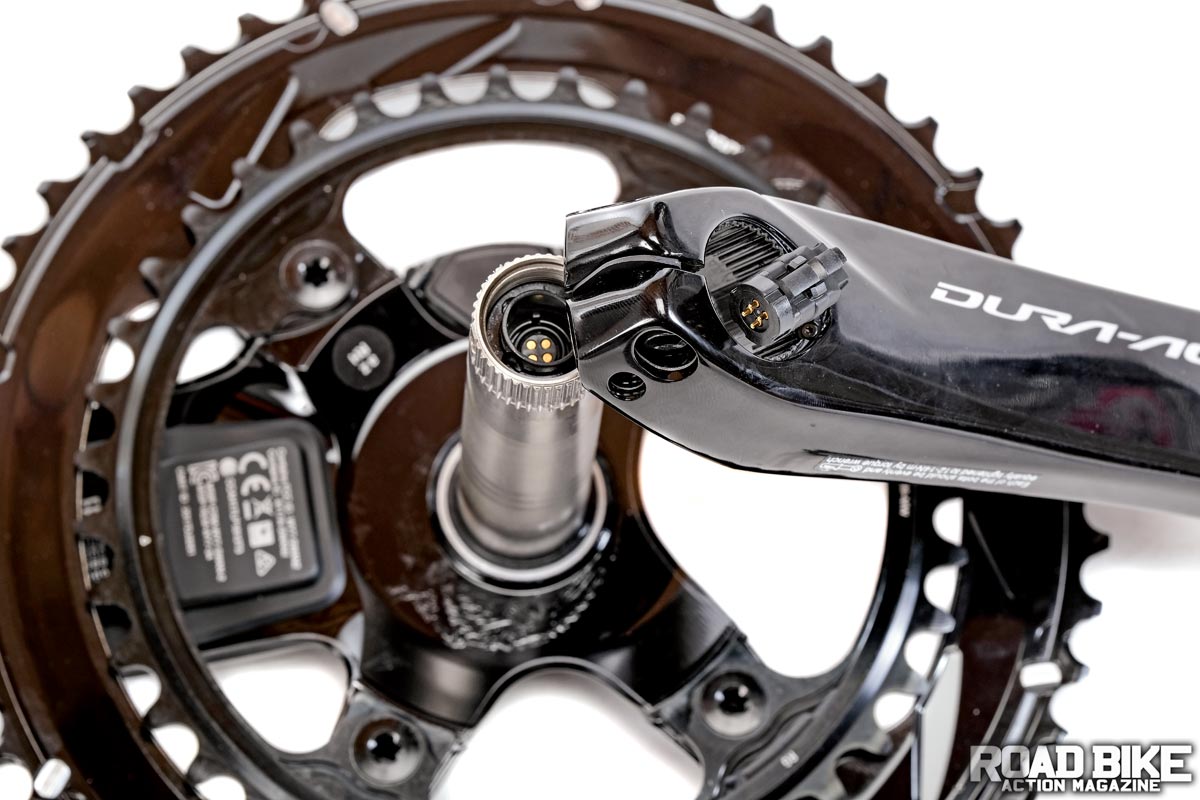 There are two key features that we really liked about this unit over the countless others on the market. First is the single internal battery that powers both sides. One of the most frustrating things that happens on most dual-sided power meters that are wirelessly connected is when one side dies. In this case, most are programmed to go into a single-sided mode that estimates the dead side’s power, and many don’t even realize they are getting less accurate readings. Having the single battery makes this impossible.

The second feature is very similar in that there is no more fussing about making sure the two units are paired correctly. The wired connection ensures a hassle-free experience. Another thing to note is that the unit does need the magnet installed to track cadence, but it also seems to help in activating the unit when it has been in non-use. With many of the gyro cadence units, it can take a few rotations and what seems like forever for it to power up and transmit.

At the end of the day, this is Shimano’s first go at a power meter, and it’s a good one. The price is a bit higher than the competition, but it’s an OEM product and it shows with the clean fitment. Much of the competition is on their second or third version of a Shimano power meter and on average are $500 less. This includes Stages, Pioneer and 4iiii just to name a few. The unit is also a bit heavier than the competition, but that 35-gram average difference is worth the impressive (nearly double) battery life.

“The unit is a set-it-and-forget-it kind, with an occasional charge that takes about two hours.”

Speaking of the battery, the biggest flaw of the whole unit comes in the form of charging the unit. It starts with the charger port cover, which we fear we’re going to break every time we open it. Then there is the magnetic charging cable. We like that it’s magnetic and the cable is long, but it’s proprietary. We have never seen this type of connection, and a lost one would only be replaced by Shimano, and we know how they can be about having things in stock.

Overall, we have been problem-free our entire long-term test. There has been no reason to use the app or fuss around with pairing. The unit is a set-it-and-forget-it kind, with an occasional charge that takes about two hours.

On a side note, in the time since the Dura-Ace unit was conceived, Shimano went ahead and purchased the Pioneer power meter system, which gets us thinking that they may implement many of the advanced features it offers into their next version. The Pioneer system offers some of the most in-depth pedaling analysis, but both the setup and head-unit compatibility have been limiting. Hopefully, Shimano can take the Pioneer technology, do some mixing and matching, and come out with an even more impressive product.