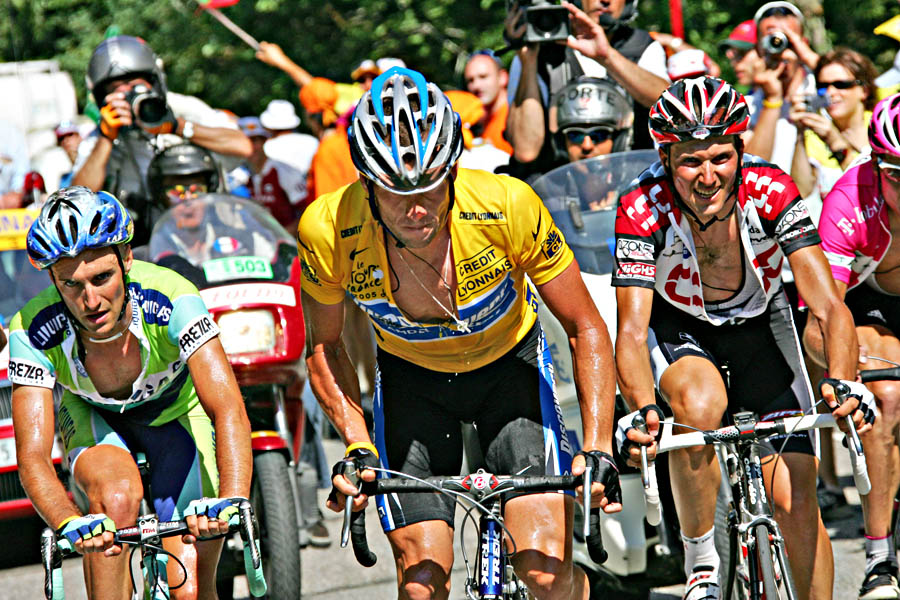 (I wrote this column after the 2008 Tour de France. Now that Lance has decided to return to the peloton, it takes on a whole new meaning-Welcome back, Lance!)

I had heard the French are snobby and uptight and particular and on and on. I had heard the Tour is a circus, a crazy train of business and athletics, winding through the bucolic countryside of France. I’ve heard that maybe the old-school mentality of winning still exists in the peloton. Then I actually got to see the Tour de France. I watched a rider like Riccardo Ricco, with flashbacks of Marco Pantani, or American Christian Vandevelde make a break at 5 kilometers to go and I wonder if the now 4th place GC rider is going to pull of an American miracle. These guys reminded me in between all the race chaos why most of us ride our bikes. There’s a certain skip or jump in the steps of cyclists. A certain look. It doesn’t really matter how old you are, riding makes you younger and sets you apart. I’m on my way back home from the Tour de France. It was my first time seeing the race firsthand and I was amazed at the organization, the speed of the peloton, the fitness and strategy of the teams and riders and the amount of French fans, hundred’s of thousands, lining the roads cheering on their favorite riders. Young and old. So, I wanted to say thanks. On the flight back to Philadelphia and then onto Los Angeles, I had a chance to think about all I had seen, what I had learned, and one rider, one image, one theme kept coming into my head. Lance Armstrong. It seems simple, but like many American’s, I fell in love with cycling because I got caught up in Lance Mania. I got up at 5:00am and watched the Tour on TV, I followed every race he was in, charted his path the seven Tour titles. And, I started riding my bike. Then I kept riding, then I started riding more. It was through watching this independent, sometimes brash, always competitive rider that I started learning more about the history of the sport, about other American riders, about the history of the Tour, America’s Six Day traditions, The Raleigh Boys and on and on. And I kept riding more. Whenever my son and daughter see a rider on the road as we pass by in the car, they always, yell, ‘Go Lance.’ They still do. I haven’t told them Lance doesn’t race anymore, maybe I’m just waiting for another rider to take his place. Or maybe it’s just a reminder to me that I owe him a huge debt of gratitude, for getting me off the couch, on to the road and involved in the greatest sport on earth. Thanks, Lance.
(photo: Bettini)